The head of the United Bible Societies has praised the newly released Revised Chinese Union Version Bible, which took 27 years to complete, as a uniting point for Chinese Christians around the world.

Islam is part of a modern, changing Germany, the country's president, Christian Wulff, told the nation in an address on the 20th anniversary of the reunification of the once divided nation. 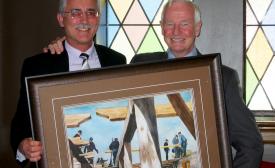 David Johnston began his first day on the job as Governor General by telling Canada about Mennonites, Blackberrys and the students that marked his time back in Waterloo Region.

Thousands of evangelical Christians from 100 countries have participated in a 30th "Feast of Tabernacles" event, organized by the International Christian Embassy Jerusalem, a group strongly supportive of a united Jerusalem under Israel. 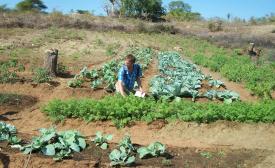 In Mozambique, the use of sand dam technology, introduced by Mennonite Central Committee (MCC), is spreading across the country, increasing people’s access to water and catching the interest of government officials. 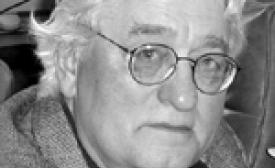 The late Jim Reimer, a member at Rockway Mennonite Church since 1975, was a regular preacher and was instrumental in starting a lay preaching team, according to Scott Brubaker-Zehr, pastor. Started as a church plant of First Mennonite 50 years ago, Rockway's active membership is 157.

A Palestinian man works at a construction site in the West Bank Jewish settlement of Yakir, south of the Palestinians town of Nablus.

Hours after a freeze on West Bank Israeli settlement construction expired, bulldozers moved into an area close to Revava, near the northern West Bank city of Nablus, with many residents mindful of an earlier reminder that settler activity can be volatile. 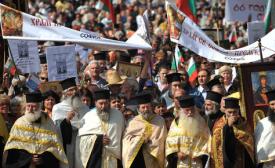 The head of Bulgaria's Muslim community has announced his backing for a campaign by the country's Orthodox Church to make religious education compulsory in schools.

The church held a mass march in Bulgaria's capital of Sofia on Sept. 24 in support of its aim as protestors shouted against "60 years of atheism", introduced during the communist era. 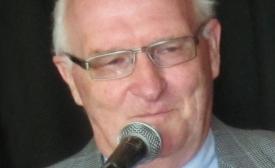 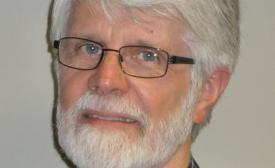 Ron Rempel, who retires next summer as executive director of MPN after seven years, eliminated a legacy debt of almost $5 million; created a major new Sunday school curriculum, called Gather ‘Round; and brought costs under control through consolidation and downsizing.

During “21 days of Peace Activism” Africa Youth Ministries in northern Uganda invited 900 churches to pray, sing, march, and debate together for peace.

“We pray for Africa, especially for Somalia, Sudan and the Democratic Republic of Congo where violence and suffering are a tragic reality,” was the prayer from Nairobi at an International Day of Prayer for Peace event sponsored by the All-Africa Conference of Churches.

Friends of the Earth Middle East do a big jump into the Jordan River.

The European Parliament has expressed concern at devastation to the Jordan River and has called on Israel, Jordan and the Palestinian Authority to "cooperate and rehabilitate" it.

The river holds special importance for Christians due to the Bible saying Jesus was baptised in it. 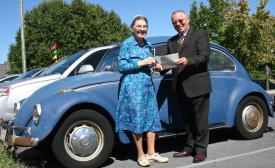 At age 88, Margaret Martin Gehman of Harrisonburg has lost a little of her trademark drive, largely because she has parted company with a faithful friend.

The monastery was founded in 2000 at the old mine where the bodies were dumped during the Revolution. --BBC photo

Fire has destroyed one of the main churches at a monastery near where the remains of Russia's Tsar Nicholas II and his family were dumped after they were murdered by Bolshevik revolutionaries in 1918.

Leaders of the Protestant Christian Batak Church, a Lutheran church in Indonesia, have condemned the beatings and stabbings of its pastor and church members in Bekasi, outside the capital Jakarta in West Java, on Sept. 12.

Pope Benedict arrives in Edinburgh today, Sept. 16, where secularism is growing and Christianity is declining.

Pope Benedict XVI is likely to focus on religious freedom during the first official State visit by a pontiff to Britain, where secularism is growing and Christianity declining. 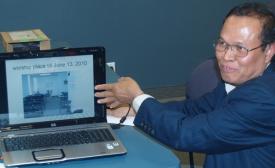 When Chinda Kommala opens the doors next Sunday, Sept. 26, to a newly-renovated 2,000-square foot worship centre, known as Unit 23 in the 70-unit commercial/professional mall on the corner of Westin and Finch, it will be a celebration of mammoth proportions, but not without struggle.

In Canada, it's slightly less full.

According to new poll, a bit more than half of Canadians believe in heaven, but less than a third believe in hell, Religion News Service reports. 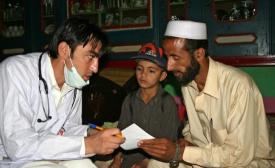 Following weeks of disruptions, loss and trauma, people in flood-stricken areas of Pakistan are facing enormous challenges as they struggle to rebuild their lives.

“How does a family regain its footing after it loses everything?” asked Donna Fernades and Chris Herlinger, writers for Church World Service (CWS) in a recent report.

17 people are reported killed and more than 150 injured in yesterday’s mass riots in the Indian state of Jammu and Kashmir, in the north of the country.

Churches in India are asking for support after Christian institutions became the target of violent protests linked to the reported desecration of a copy of the Quran in the United States.

At least 16 people were killed and more than 60 injured in clashes on September 13 with security personnel in India-ruled Kashmir. 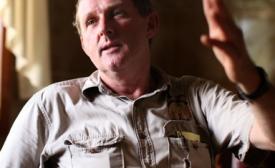 Flutes played in Hiroshima and Bethlehem

A Hiroshima-based group is holding peace concerts featuring  music with pan flutes made from Palestinian olive trees cut down by Israel to build a  separation wall that juts into Palestinian territories.

Pastor Terry Jones of the 50-member Dove World Outreach Centre near Gainesville, Fl, has backed down from his plan to burn 200 Qurans on Saturday, Sept. 11, claiming he has worked out a deal with Muslims in New York City to move the proposed mosque to be built near Ground Zero.

In response to the attacks of September 11, 2001, many members of Mennonite and Brethren in Christ congregations reached out to Muslims in their communities to support and encourage them. In the face of ever-increasing anti-Islam sentiment, Mennonite Central Committee (MCC) U.S. urges congregations to redouble those efforts. 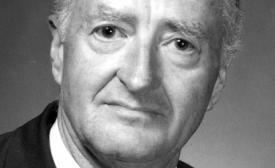 Goshen College Professor Emeritus of Bible Stanley C. Shenk passed away on Thursday, Sept. 2 at the Greencroft Healthcare Center in Goshen. Shenk, 91, taught Bible at the college from 1965 to 1985.

OTTAWA--Over the summer months, there have been several new developments for war resisters seeking permanent residency in Canada.