Different faiths from around the globe need to come together to promote human solidarity, says WCC leader after mass killings in his native Norway. 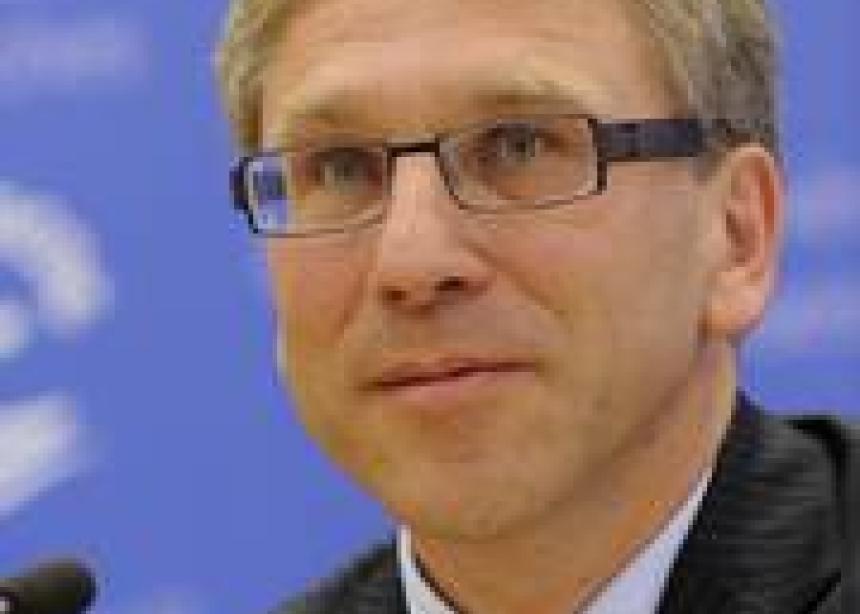 Different faiths around the globe need to do more to promote human solidarity, said Rev. Olav Fykse Tveit, general secretary of the World Council of Churches (WCC), in the aftermath of the bomb attack and mass killings in his native Norway.

They also need to work together to find common values and ways to respect one another, and to "find ways to live together without violence," he said.

UN High Commissioner for Refugees spokesperson Melissa Fleming said "It is cruel irony that a country renowned for its impartiality, tolerance, and devotion to peace, symbolized by its being home to the Nobel Peace Prize, has been subjected to such a brutal attack."

The violence and terror inflicted by Anders Behring Breivik, a Norwegian national, have been universally condemned, but some worry about potential ramifications.

The reaction in Norway "shows the strength of the values that have been attacked," said Tveit, referring to the country's open society, democracy and multiculturalism. With regards to the hostility witnessed in some European societies to multiculturalism, Tveit said there is a "huge task" ahead for the churches. "We must work together to find common values, and to ways to respect one another, and to find ways to live together without violence."

The oil- and gas-rich Nordic country of nearly five million people has welcomed hundreds of thousands of immigrants from around the world, taking in refugees from conflict zones such as Afghanistan, Iraq, the occupied Palestinian territories, Somalia, and Libya.

William Swing, director general of the International Organization for Migration, said that although the attacks were the work of an evil individual, "One regrettably has to acknowledge that there is too much rhetoric in public discourse today of intolerance, exclusion and bigotry, all of which tends to fan an irrational fear and hatred towards the universal values of tolerance, openness and acceptance of the other. "

"These nefarious perceptions are fast encroaching on some sections of our societies that have come to radically reject all the principles and ideals of multiculturalism," Swing said.

"We all need to do more to counter rampant xenophobic attitudes, which, if left unchecked, will lead to more hate crimes in all parts of the world," he added.