Sudanese clergy seek to give aid in South Kordofan

Clergy warned that civilians were violently being removed from camps and forced to return to their homes without any assistance. 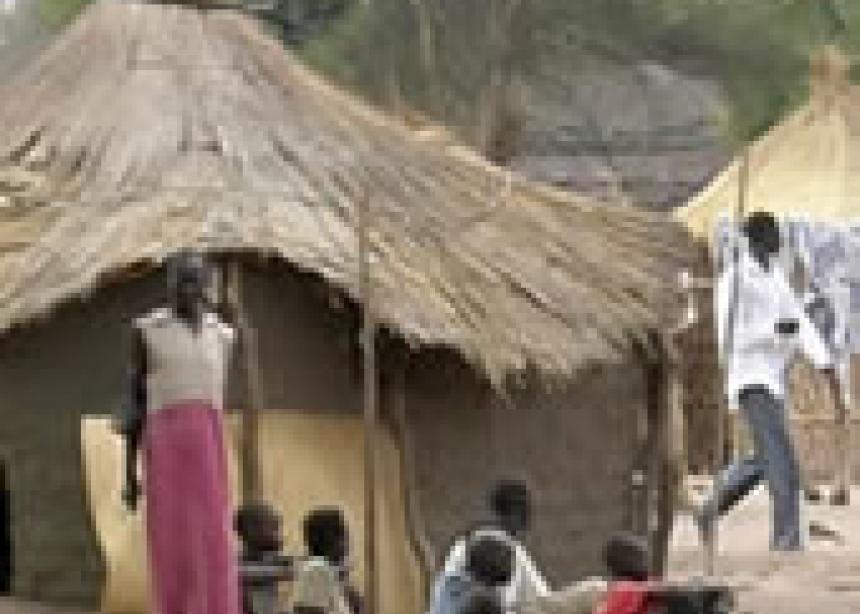 They warned that civilians were violently being removed from camps and forced to return to their homes without any assistance. "The situation is getting worse because these people are cut off from accessing any food aid and other basic needs. It is being worsened by the government's refusal to allow the people to camp. So the displaced people are sheltering with relatives who are already struggling," the Rev. Ramadan Chan Liol, general secretary of the Sudan Council of Churches (SCC), told ENInews on 28 June in a telephone interview.

Fighting broke out in the state on the south- north border on June 5 after Sudan Armed Forces (SAF) moved to disarm Sudan People's Liberation Army (SPLA) forces. The soldiers are aligned with South Sudan, the region which to become an independent state on July 9.

Sudanese President Omar al-Bashir on June 24 told Xinhua News Agency the possibility of a war between north and south could not ruled out due to "time bombs" fueling the conflict between the two sides.

At least one person was killed on June 26 when a train carrying southern migrants was attacked in the region, the UN said. At the same time, Sudanese church representatives said aerial bombardments were still continuing with civilians being killed. Benjamin Barnaba Arne, an official of the church council, reported that 16 people had been killed in a market in Kurchi and 21 seriously injured in an aerial bombing.

"As there is no effective means of access to medicine and treatment, more might die," said Arne on June 27 through an email communication received by ENInews. "This kind of bombardment has to stop ... negotiation will not work this time 'round. The GOS (Government of Sudan) is determined to wipe away the Nuba people."

On June 18, the council issued an urgent appeal to ACT Alliance, Caritas International and all church agencies together with international humanitarian groups to provide emergency relief in the area where the UN estimates that at least 73,000 people have fled the fighting this month. Over 600,000 are believed to have been displaced by the attacks.

Churches in Kadugli, the capital of South Kordofan, according to the council, were destroyed. The churches said those being targeted were Christians and non-arab population in eastern and southern Nuba Mountains.

"As we approach the July 9 day of independence for the new South Sudan, President Bashir has declared for the entire world to hear that (Muslim) sharia will be the law of the land for the North, refusing to recognize the legitimate presence of the Christian minority. It is a declaration of their determination to also end the remembrance of our Christian heritage that dates back two thousand years," said Bishop Andudu Adam Elnail of the Episcopal (Anglican) Diocese of Kadugli on June 26.

Chan said the government in the north must accept the fact that there will still be Christians in the north after the south's independence. "Executing Christians is not the solution," he said as church sources gave accounts of how opposition supporters, community leaders and intellectuals were dragged out in an house to house search carried out by the Sudan forces.

The World Communion of Reformed Churches's general secretary, Setri Nyomi, called on June 28 for a week of prayer for Sudan and said, addressing the South Kordofan situation, "we pray that in this period leading up to the Independence Day and in the months after independence, such violence will cease, giving way to peace."

Some analysts have said the ethnic attacks resemble those of the conflict in Darfur for which al-Bashir has been indicted by the International Criminal Court.

Like the people in Darfur, the people of the Nuba Mountains have been marginalized by the central government, subjected to slavery, forced islamization and arabization, the Rev. Abdel Aziz Anagi from the Sudan Episcopal (Anglican) Church told journalists in a news conference in Nairobi on June 23.

For this reason, the Nuba people joined the armed struggle under SPLM against the Khartoum regime, he said. Although the Nuba fought alongside the SPLM during the 21-year north-south civil war, the accord that ended the conflict did not allow the region to join the south in independence next month. 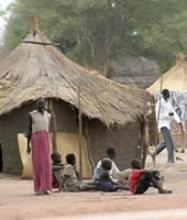