Over 230,000 people in Kenya and Ethiopia to receive food through Foodgrains Bank member agencies. 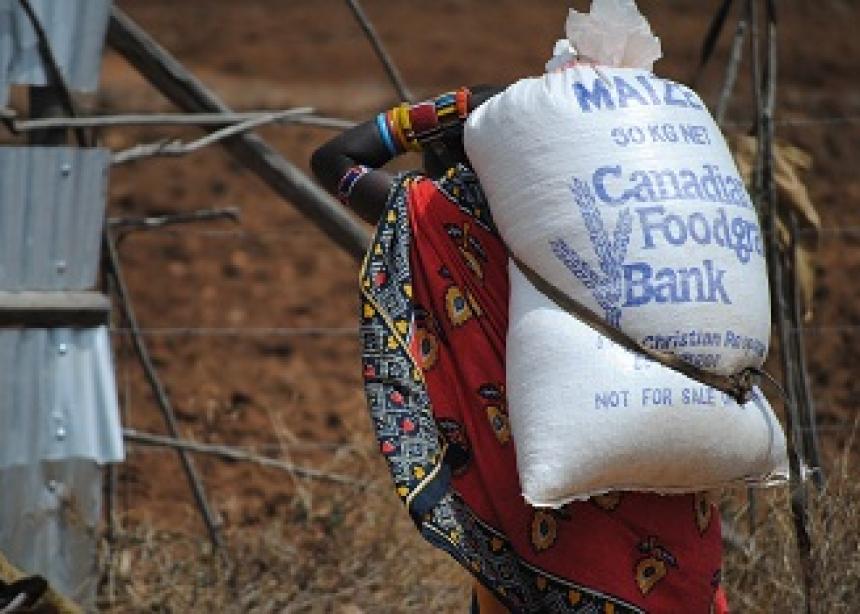 In all, $7.8 Million dollars will be used to provide food to over 230,000 people in Ethiopia and Kenya. Maize, beans, oil, and famix – a supplementary food for children under five and pregnant and lactating women – will be distributed to those in need in both countries.

“Because of a long history and strong partnerships in the area, our member agencies are in a good position to respond,” she says.

To date, the Foodgrains Bank has received nearly $270,000 for East Africa drought relief.

Some of this money will support people in the Shashemene district in Ethiopia, an area affected by drought and poor rains as well as recent spikes in food prices. Christian Reformed World Relief Committee (CRWRC) is supporting a project to distribute food to vulnerable households, including over 6,000 children under five and pregnant and lactating mothers.

Flooding in the past and the failure of this year’s belg rains, which usually fall between February and May, have left Shashemene severely food insecure. The area has high levels of malnutrition, particularly among young children.

In Eastern Kenya, MCC is expanding their support for food-for-work projects. People will receive maize, beans, and oil in exchange for tree-planting, sand dam construction, and other initiatives that improve agricultural infrastructure in their communities. This provides for their immediate food needs as well as addressing some of the underlying causes of hunger.

Other projects lead by Foodgrains Bank member agencies, Canadian Lutheran World Relief and CRWRC, are distributing food to vulnerable households in rural Kenya and Ethiopia, where rains have failed and crops have been damaged.

Some of the food is also going to pastoralist communities, who rely on livestock for their living, and who have been particularly hard hit by the crisis.

Last year, Canadians donated $9.7 million in cash, grain, and land to the Foodgrains Bank, a partnership of 15 churches and church agencies working together to end global hunger. The Foodgrains Bank used the donations, along with matching funds from CIDA, to provide $38 million of assistance for over 2.3 million people in 35 countries.

People who want to help people in East Africa through the Foodgrains Bank can give by calling 1-800-665-0377, by visiting www.foodgrainsbank.ca or by sending a cheque to Box 767, Winnipeg, Man. R3C 2L4. Donations should be marked for East Africa Drought. These projects are supported by Canadian International Development Agency.