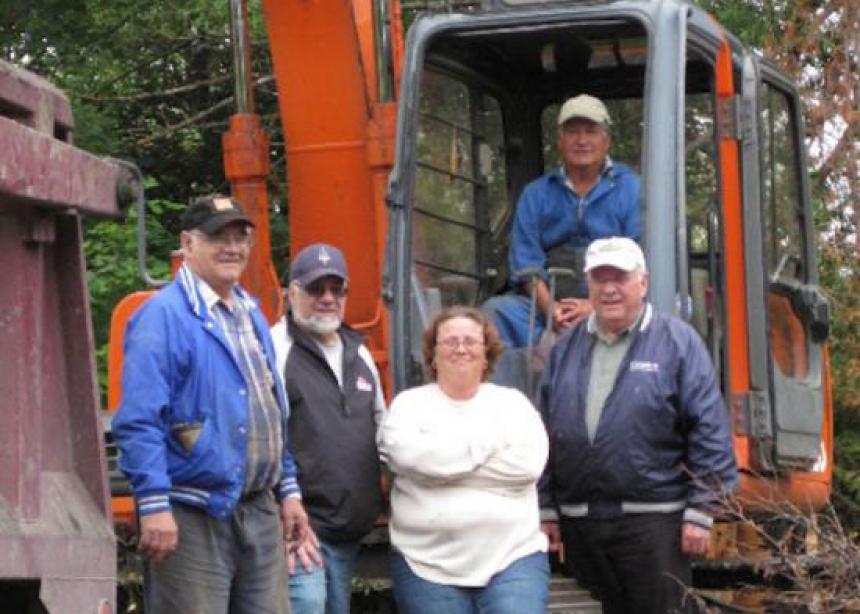 If watching your house burn to the ground wasn’t hard enough, Carol and Stan Baldwin of Grey Highlands, ON, had to stand and watch a second time while a group of volunteers razed what remained.

It was a cold November night when the Baldwins were awakened to find their home ablaze. They escaped, but by the time they could get to a phone and call the fire department, it was too late to save their home.

It was a drizzly Saturday at the end of June when Clearview, ON, residents Rick Savage and Les Sheffer met up with a crew of Mennonite Disaster Service (MDS) volunteers in Rob Roy, ON, to begin the demolition. Savage is a board member of the MDS Ontario Unit, a position previously held by Sheffer. MDS volunteers are usually rebuilding homes, not demolishing them. In this situation, demolition was the work that needed to be done.

The demolition work could not have been completed without heavy equipment, and when Al Avery, a heavy equipment operator from Clearview, was approached by Savage, he did not hesitate to offer his expertise. The crew, along with Sheffer, are members of Stayner Brethren in Christ Church, Clearview, ON. They were grateful for the damp day as it made a dirty job easier, keeping the soot from filling the air.

“Christ calls us to service, and when this fire occurred last November, MDS began planning to assist,” explained Savage. “It’s unimaginable for most of us to literally escape a fire with just the pajamas we are wearing and, while clean up isn’t rebuilding, it’s a necessary part of the process.”

Other needed services were donated from the surrounding community. Michelle Mailhoit of Michelle’s Top Soil and Mailhoit Float Services and Trucking, Collingwood, stepped up immediately to donate the use of a dump truck to haul away the debris. Chris Beudette, a Mailhoit driver, donated her time for the day. The only real costs incurred were the tipping fees at the Grey Highlands landfill down the road.

“We are incredibly grateful for the selfless support from Al, Michelle and Chrissie,” said Savage. “I can’t say thank them enough for their contributions. This project gives the Baldwin family a clean slate as they consider their future.”

MDS volunteers are not paid, but MDS does provide food, lodging, tools and support. Donations can be made online or by sending a cheque to MDS, 6A-1325 Markham Rd., Winnipeg, MB, R3T 4J6 CANADA. 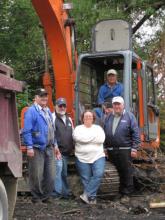