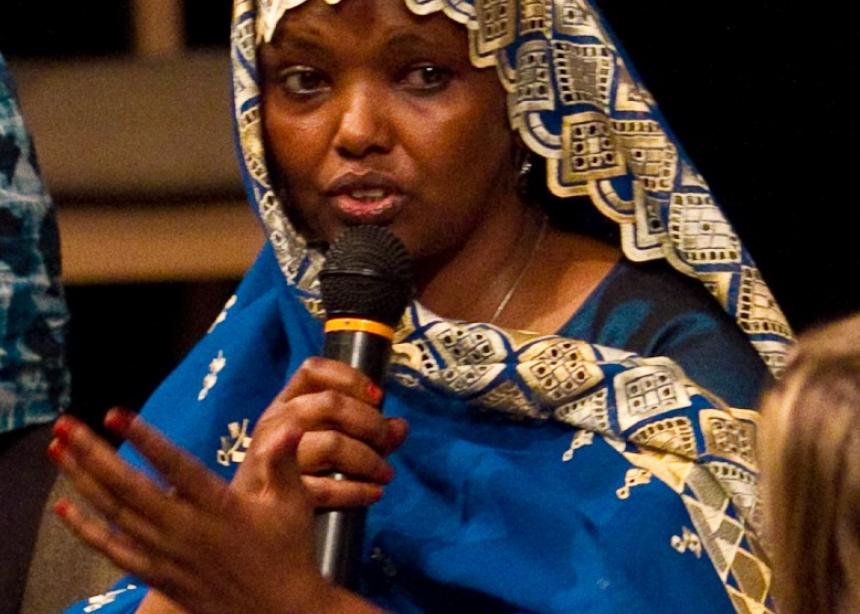 Dekha Ibrahim Abdi, a former student and instructor in the Eastern Mennonite University’s (EMU) Summer Peacebuilding Institute, died Thursday, July 14, in Nairobi, Kenya, from injuries sustained in an automobile accident. She was 46.

Abdi was a student at the peacebuilding institute in 1998 and 2009 and an instructor during the 2011 Summer Peacebuilding Institute. Abdi also participated in the Women in Peacebuilding Symposium, which was held June 9-11 at EMU.

“Dekha’s death is a great loss to her family, to EMU and to peacebuilding efforts in Kenya and the Horn of Africa,” said Fred Kniss, provost and acting president of EMU. . “She leaves four children – Kaltuma, 22; Ibrahim, 19; Noora, 14; and Balquesa, 11.”

Abdi’s husband died in the same accident that took her life.

Abdi’s work on behalf of peace in East Africa and the well-being of traditional pastoral peoples around the world brought her into association with local and international agencies in Cambodia, Somalia, Sudan, Sierra Leone, Nigeria, Germany, Ethiopia, South Africa, the Netherlands, Zimbabwe, the United Kingdom, Uganda, Ghana and Kenya.

Abdi received the 2007 Right Livelihood Award – often described as the alternative Nobel Peace Prize – which is bestowed on those “working on practical and exemplary solutions to the most urgent challenges facing the world today.”

The Right Livelihood Foundation website describes Abdi as “a global peacemaker…her comprehensive methodology combines grassroots activism, a soft but uncompromising leadership and a spiritual motivation drawing on the teachings of Islam.”

Abdi also was one of 1,000 women nominated as a group for the Nobel Peace Prize in 2005 and was named the Kenyan Peace Builder of the Year in 2005.

Her most recent work included development of Wajir Peace University in northeastern Kenya, often in collaboration with several colleagues at EMU’s Center for Justice and Peacebuilding, including long-time friend Janice Jenner.

In the book Working with Conflict, Skills and Strategies for Peace (Zed Books, 2000), Abdi wrote about her experiences as a mediator and offered insights into the roots of and solutions to conflicts.

Abdi served on several boards including the Nomadic and Pastoralists Development Initiative in Nigeria and the Berghof Center in Germany. Abdi is also a founding member of the Coalition of Peace in Africa (COPA) and the Global Peace Practitioners Network “ACTION” (Action for Conflict Transformation).

Abdi, a Muslim woman of Somali ethnic origins, died in a Nairobi hospital; she worked from her home in Mombasa, Kenya. 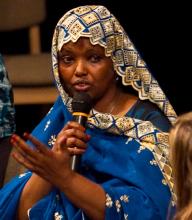