Local church will occupy facility; Canadian chair being sought for binational board. 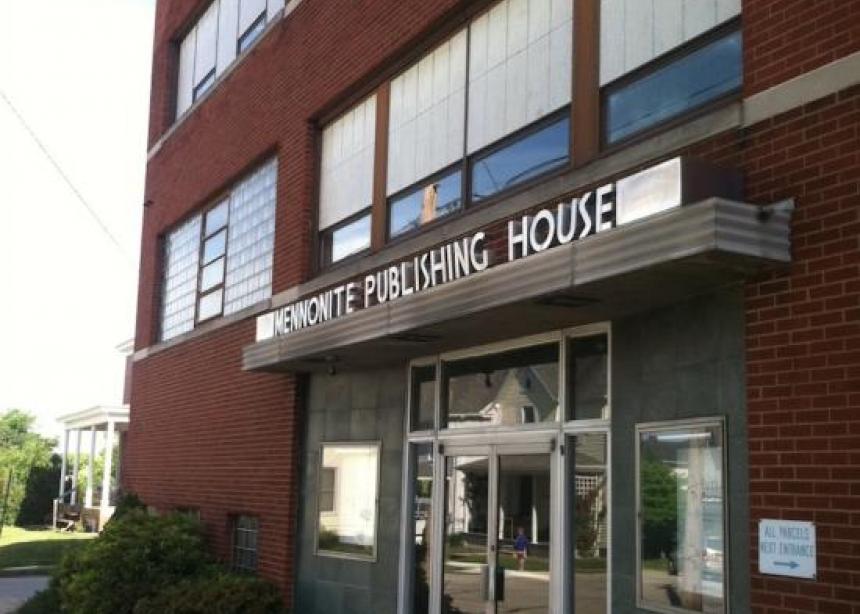 The former longtime Mennonite publishing building in Scottdale, Pa., will re-open as a church facility. MennoMedia, the newly merged church agency based in Harrisonburg, Va., sold the landmark building to a local congregation, Wellspring Church, on Aug. 12.

MennoMedia, which came into existence on July 1, represents the integration of Mennonite Publishing Network of Scottdale and Third Way Media of Harrisonburg. MennoMedia occupies the former Third Way Media building at 1251 Virginia Avenue.

Some 103 years of Mennonite publishing in Scottdale, a small town east of Pittsburgh, came to an end on June 30. At one time 175 people worked in the building, located at 616 Walnut Avenue.

The four-story, 75,000-square-foot building, taking up half a block at the town’s highest point, includes three sections. The original 1908 building was torn down to make way for a new warehouse in 1980. The other sections are additions to the original building, added in the late 1920s and late 1940s.

Wellspring Church, currently located in nearby Dawson, plans to use the building for worship and outreach. The church will also rent space to small businesses and ministries.

One business that has been a long-time renter in the building and plans to stay is the Scottdale branch of what is now Everence Financial, a credit union. It started as a credit union for MPN employees.

As it downsized during the past decade, MPN tried twice—in 2003 and 2008—to sell the building. The facility was valued at $600,000, but most potential commercial buyers were not interested because while the building was quite large; it only included 32 parking spaces. The price that MennoMedia settled on with Wellspring Church was $125,000—slightly higher than the goal that the MennoMedia board set in April.

“Since we knew ahead of time that the building would be difficult to sell, we did not include any revenue from the sale in the business plan for the merger,” said Eanes, who served previously as MPN’s director of operations and finance. “So any amount received is a plus.”

As part of a new governing structure for the newly-formed MennoMedia, it is in the process of inviting a Canadian to serve as its board chair, according to the executive committee of the binational board.  Because of the complexity of the transition, Phil Bontrager, the present chair, has been asked to continue in his role until Dec. 31, 2011. 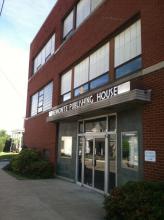 Is Purpose still being published? If so, how can I get information re submitting material for possible publication?

Thank you for any information your can provide.

Yes, Purpose is still being published. Here's a link to get you started with a submission. http://mennonitewriting.org/community/news/purpose-magazine-call-submiss...