Church and rights groups in Zimbabwe have warned against new elections saying the situation in the country is "highly volatile, uncertain and tense" after a bloody presidential run-off election two years ago. 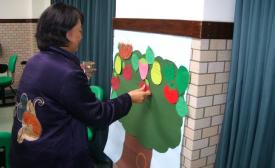 Elder Xiao Hui-Ying of the Zhong-He Mennonite Church in Taipei, sticks a fruit on the wishing tree.

At their annual assembly held in Taipei Oct. 31-Nov. 3, pastors and delegates from Taiwan’s 21 Mennonite churches

Faced with a shortage of volunteers willing to fill leadership positions, the committee that organizes the popular and successful Winnipeg MCC Festival and Relief Sale has dissolved.

Each year in June, the sale brought together about 3,000 people and contributed close to $100,000 for Mennonite Central Committee (MCC) programs. 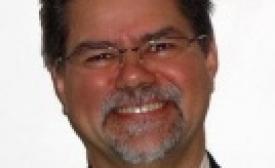 Ken Warkentin, pastor of the Niverville Community Fellowship, has been named the new executive director 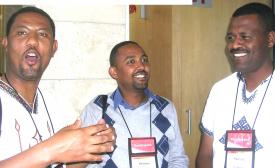 At least 30 mission and church leaders represented Anabaptist-related communities at the Third Lausanne Congress on World Evangelization here, October 17 to 24. The gathering, which attracted 4,000 mission leaders, pastors, and academics from 198 countries, grew out of the “Lausanne Movement” that followed the first congress in Switzerland, in1974.

Mennonite Savings and Credit Union (MSCU) has been named among the Top 50 Best Small and Medium Employers in Canada for the second consecutive year, moving to 19th from our debut at 47th last year. The 2011 list will be published in the Nov. 8, 2010 issue of Maclean’s magazine, available on newsstands Oct. 28th.

A Jewish group in South Africa has criticised a call by Nobel Peace Prize laureate Desmond Tutu for the Cape Town Opera to cancel a performance in Israel in November. 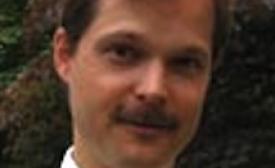 Conrad Grebel University College has just established The Centre for the Study of Religion and Peace (CSRP) to "advance knowledge and awareness of religious contributions to peace, and to enhance the capacity of religious communities to engage contemporary conflict issues and practice the peaceful values they profess.” 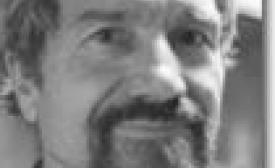 Assisting with autumn cleanup and yard maintenance at one's church is a common activity for many MAX members. On Oct. 16, this annual activity turned tragic for Leonard Gerbrandt, 69, a long term, faithful member of  the Ottawa Mennonite Church, Ottawa, Ontario. 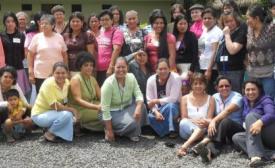 A sense of solidarity and fellowship took a leap forward September 6 to 8, at the third 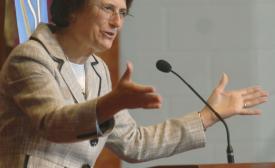 “Salvation belongs to our God who is seated on the throne, and to the Lamb,” 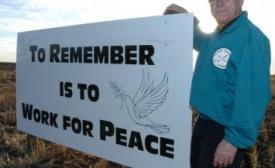 Jake Buhler is a man with a different pair of glasses. They reflect a steely determination to pursue peace and help others do the same.

“Peace is the lens through which we see everything,” he says.

With that lens, he notices things that others may not. It colors his whole worldview. And it helps him see the world with different eyes.

Cathedral features an all-glass covering that encloses the entire building.

The Crystal Cathedral, the gleaming Southern California megachurch known for its "Hour of Power" television broadcast, has filed for Chapter 11 bankruptcy protection from creditors.

Senior Pastor Sheila Schuller Coleman said in an Oct. 18 statement that the decision came after some creditors chose to file lawsuits against the ministry, Religion News Service reports.

Pro-unity and pro-independence Sudanese clash during a demonstration in Khartoum on Oct. 23.

A former general secretary of the World Council of Churches has warned that tension in Sudan ahead of a plebiscite on independence for the south of Africa's biggest country could spark mass killings similar to the Rwanda genocide in 1994. 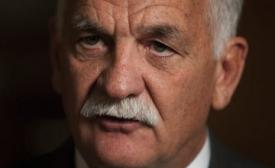 There's a global recession and Canada's economy is not immune.

Shiploads of strange, foreign refugees — economic migrants and oppressed minorities — have been landing on our shores, fleeing civil war, economic upheaval and famine.

No one is certain how they can be assimilated and there are concerns about criminals, subversives and agitators in their midst. 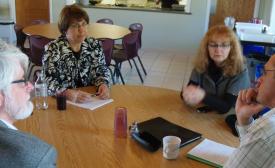 Coming down off the mountaintop of excitement about a proposed merger 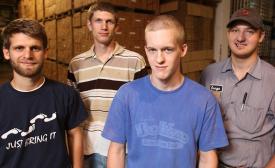 In 1997, when Martin Rahn heard that volunteers in an Ontario town were making plans to host a portable meat canner, his first thought was: “I need to stop this.”

A Canadian court has urged compromise when considering whether Muslim women should be allowed to wear veils while testifying in court.

Around 4,000 Christian leaders are gathering in Cape Town for the Third Lausanne Congress on world evangelisation.

A documentary film exploring the consequences of war in Afghanistan, "The Garden at the End of the World", has earned a 2010 human rights award from two global Christian communication groups.

It explores the legacy of devastation and trauma in Afghanistan and illustrates the consequences of the conflict, and the hunger, homelessness and lawlessness that it causes. 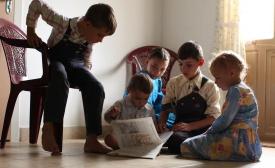 Eleven-year old Franz Neufeld tries to hold back his tears as he talks about a Bible story that his mother reads to him and his siblings.

It is the story of Joseph, who is favoured by his father, sold into slavery in Egypt by his jealous brothers and reunited with his father, brothers and their families when the brothers came to Egypt to buy grain. 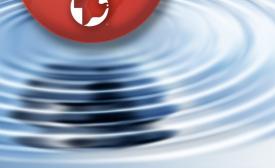 Event is an invitation to harness our creativity to challenge the necessity of war.

“To Remember is to Work for Peace” is the theme for the annual Fraser Valley Arts and Peace Festival, which runs at various locations in Langley and Abbotsford from Nov. 7-13th. Its mission is to provide opportunities to celebrate, reflect and be a public witness for creativity, love of neighbour and nonviolent peacemaking.

Olav Fykse Tveit is a Norwegian theologian who took up his WCC post in January.

Muslim and Christian leaders need to set up permanent structures of relating to each other to head off potential conflicts in a world where religion is often seen as having a divisive role, the head of the World Council of Churches has said.

A private member's bill, which would have allowed U.S. conscientious objectors to the Iraq War to remain in Canada, was defeated on second reading in the House of Commons on Sept.