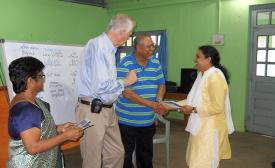 Just as there are Lutheran, Baptist and Anglican Christians, so there are Mennonite Christians. The name “Mennonite” is most appropriately used as an adjective rather than a noun. We are first of all Christians and secondarily a certain kind of Christian.

The Anabaptist/Mennonite worldwide communion has come a long way since the first Mennonite World Conference some 90 years ago.

When I was called to serve on the Mennonite Church Canada General Board in 2006, church participation and financial giving were in slow decline. The looming threat of cutbacks further drained life from the overall system. In addition, signs of theological challenge were surfacing around matters of sexuality.

“There’s a gift for you in my office,” my husband announced cheerily. “What?!?” I exclaimed, puzzled at such a development. He repeated the news and added, “It’s a dress to wear to the wedding.” “What?” I asked again. Now I was even more surprised, though a little, curious pleasure stirred inside me.

On a sunny lunch break while attending high school, I went for my customary walk into town. A classmate drove up in his shiny two-door coupe and offered a ride. Because he had already offered rides to other students, I soon found myself in the back seat beneath a pile of humanity. I panicked. I was overcome with a massive case of claustrophobia. 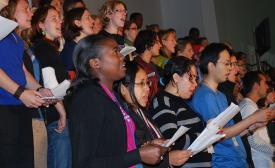 Mennonite World Conference brings together Mennonites from all over the world. (Photo by Merle Good)

One minute César García is talking with awe about a postmodern work of art in a thriving Amsterdam Mennonite church, and the next he’s speaking with similar awe about a Mennonite service in rural Malawi where the congregation has little more than a tree to meet under, a make-shift drum and the joy of the Lord.

One of my atheist friends told me about a unique encounter with a “holy” man that ignited her spiritual awakening. She met a Buddhist monk visiting the city she lived in, and her friend offered to tour him around for the day. They were amazed at the monk’s sense of wonder and childlike excitement, he never seemed to stop smiling. 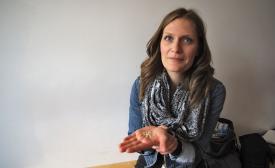 Susie Fisher holds a handful of heritage cucumber seeds given to her by a Mennonite couple in Winkler, Manitoba. (Photo by J. Neufeld) 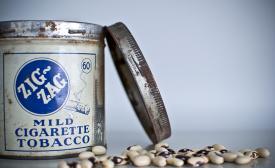 Bean seeds from the 1930s found in an attic near Mitchell, Manitoba. (Photo by Susie Fisher) 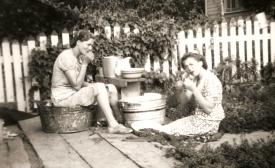 Women shelling beans in their garden in the 1930s near Horndean. (Photo courtesy of Carol Penner)

In the village of Neubergthal in southern Manitoba, gnarled cottonwoods with deeply grooved trunks line the village streets and cluster along the edge of farmyards. Cottonwoods here and in nearby towns bear nostalgic meaning for many Mennonites. 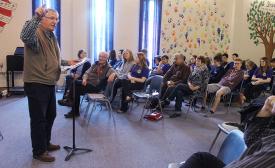 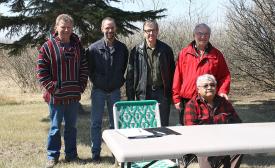 Four ratepayers of the Rural Municipality of Laird signed a petition to include the Cree name, Opwashemo Chakatinaw, on the road sign leading up to Stoney Knoll. The four signers are descendants of the original Mennonite settlers in the area and members of MC Saskatchewan congregations. Left to right, they are Eldon Funk, Allan Friesen, Wilmer Froese, and Ray Funk. George Kingfisher, hereditary chief of the Young Chippewayan First Nation, is seated at the table. (Photo by Donna Schulz) 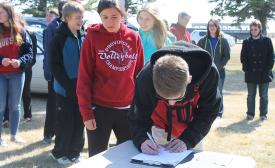 Rosthern Junior College student Madi Davis (in the red hooded sweatshirt) awaits her turn as her fellow student, Matthias Thiessen adds his name to the petition urging the Rural Municipality of Laird to add the Cree name, Opwashemo Chakatinaw, to road signs leading up to Stoney Knoll. (Photo by Donna Schulz) 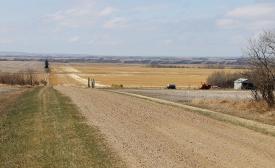 Looking west from the top of Stoney Knoll, one can see the banks of the North Saskatchewan River. The gently sloping hill, once home to the Young Chippewayan First Nation, is some of the best farmland in Saskatchewan. (Photo by Donna Schulz) 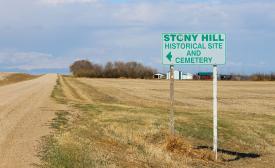 Should the petition that Rosthern Junior College students signed be successful, this sign will be changed to include the Cree name, Opwashemo Chakatinaw, which translates into English as Stoney Knoll. Over time, the original English name was further changed to become Stony Hill. (Photo by Donna Schulz)

“I feel like a refugee in my own country,” said George Kingfisher. The hereditary chief of the Young Chippewayan First Nation was at Rosthern Junior College (RJC) to tell students how his people lost their land. 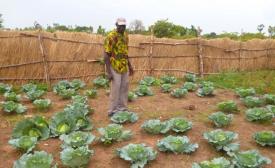 Mennonite Church Canada is working to develop entrepreneurship in Burkina Faso so that young Mennonite Christians can support their families and churches. (Photo by Siaka Traoré) 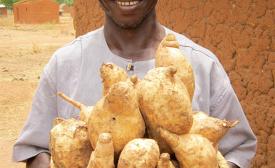 Siaka Coulibaly was able to increase his harvest of sweet potatoes, thanks to the generosity of a Canadian donor and micro-credit from Mennonite Church Canada. (Photo by Siaka Traoré)

“I love everything about farming,” Abram says. That passion—and his generosity—led him to empower the self-sufficiency of a farmer on the other side of the world. 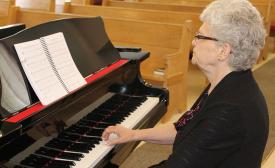 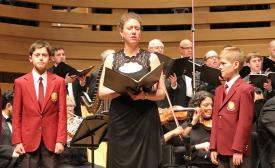 The apocryphal book of Judith contains the story of a righteous Jewish widow who saves her people from the ravages of the Assyrian/Babylonian army led by Holofernes. While her city is besieged she leaves with her maid and is welcomed into the general’s tent. He thinks he will seduce her, but when he is alone with her and drunk from partying, she beheads him. 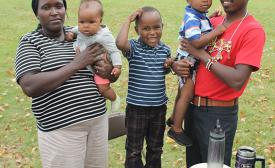 Joseph Kiranto (red t-shirt) stands with his family (from left: Elizabeth, Joy, Joel and Kaleb) at a CMU event in September 2014. The Kirantos moved from Kenya so that Joseph could study at CMU. (Photo courtesy of CMU) 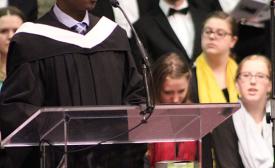 Joseph Kiranto was the valedictorian for CMU’s Class of 2015. He wants to use his training in peace and conflict transformation to make a difference in his home country. (Photo courtesy of CMU) 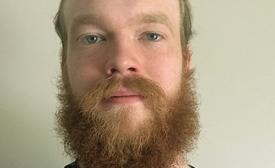 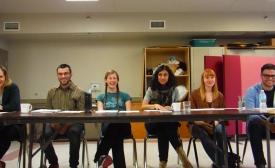 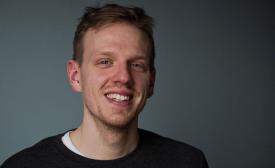 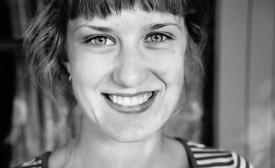 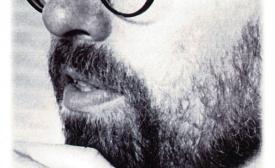 Cover of the memorial service bulletin

The church lost a voice for humour and faith with the passing of Joel Kauffmann, of Goshen, Ind., who died May 8, 2015.

“Joel had an uncanny ability and gift to communicate simply and clearly deep theological truths and social realities,” said J. Ron Byler, executive director of Mennonite Central Committee U.S., and a friend and colleague of Kauffmann. 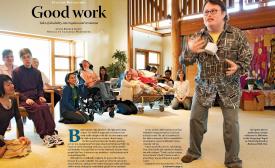 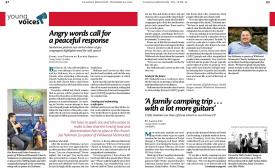 Following two days of keynote addresses, seminars, workshops and a closing banquet at the Canadian Church Press Convention, held in Toronto from April 30 to May 1, 2015, member publications anxiously awaited the presentation of 49 Awards of Merit for work published in 2014.