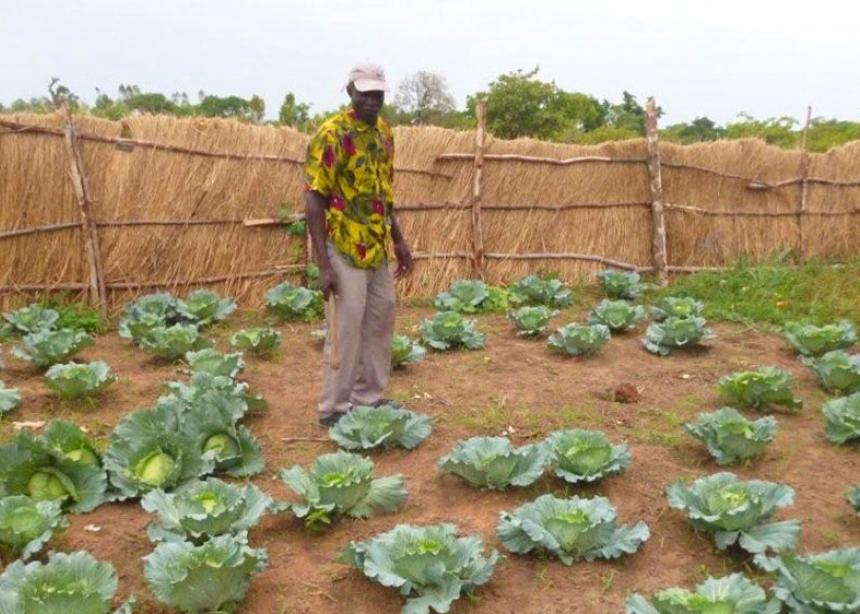 <p>Mennonite Church Canada is working to develop entrepreneurship in Burkina Faso so that young Mennonite Christians can support their families and churches. (Photo by Siaka&nbsp;Traor&eacute;)</p>

“I love everything about farming,” Abram says. That passion—and his generosity—led him to empower the self-sufficiency of a farmer on the other side of the world.

Abram (a pseudonym) recently sold his house. Before he put it up for sale, he promised God 20 percent of the proceeds and prayed that God would show him where to direct his donation. He thought long and hard before making a decision. He says he has always made an effort to donate 10 percent or more of his income to God’s work, even when times were tight.

But he’s cautious about where he gives. He wants to ensure that his donations go toward something meaningful without a lot of administration fees. “There are so many organizations that ask for money,” Abram says, “but do they do anything with it to help people support themselves?”

When he learned about Mennonite Church Canada’s micro-credit project, Abram had his answer. His donation gave Burkina Faso farmer Siaka Coulibaly, a member of the Mennonite Church of Kangala, the resources he needed to expand his business and run his small farm more efficiently. The loan enabled Coulibaly to buy cashew nuts and cereal grains to resell at a profit. Those profits allowed him to expand his business and grow sweet potatoes, using the shoots from those plants to prepare for another crop cycle. With the added profits from selling sweet potatoes, his business continued to grow. He was also able to invest in a fence to protect his sweet potato field, increasing returns.

“I give thanks to God for the loan I received because it helped me a lot,” Coulibaly wrote in a letter of gratitude. “This [micro-loan project] will really help the people in our churches to meet their needs. I even donated to some people.”

When Coulibaly’s loan is repaid, the money will be “paid forward” to help another Mennonite create an income stream to support family and the local church.

Abram is now in his late 80s, but he understands the challenges farmers face no matter where they live. “We were dirt poor,” he says of growing up on a small acreage with 10 siblings and dropping out of school at about age 14 to help support the family. They planted crops and raised cattle, horses and several varieties of poultry. There was no machinery, just a horse-drawn binder. Grain and straw were stooked by hand.

He recalls going shoeless in summer to save money for clothing in the winter. He says his feet grew calluses thick enough to “ward off even the most ornery thistles.” Still, farming took root in his heart. “There’s more freedom in the country,” he says. “In the city you live on smaller lots and it’s more confined.”

Circumstance eventually led Abram to work in the city, first as a plaster craftsman creating ornamental ceilings and then as a certified stationary engineer. Instead of raising crops, he and his wife raised five children plus a houseful of foster kids, 23 of them over the years. Each of them has secured a place in his heart, the same place where fond memories of his earlier years on the farm reside.

Abram is happy to help others raise their crops, whatever those crops may be. “The money is not mine anyway,” he says, smiling. “I’m only a caretaker for what God has blessed me with.”

Mennonite Church Canada is working to develop entrepreneurship in Burkina Faso so that young Mennonite Christians can support their families and churches. (Photo by Siaka Traoré) 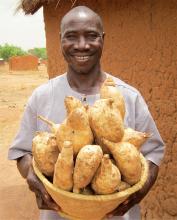 Siaka Coulibaly was able to increase his harvest of sweet potatoes, thanks to the generosity of a Canadian donor and micro-credit from Mennonite Church Canada. (Photo by Siaka Traoré)