Humour and insight—the legacy of a gifted communicator 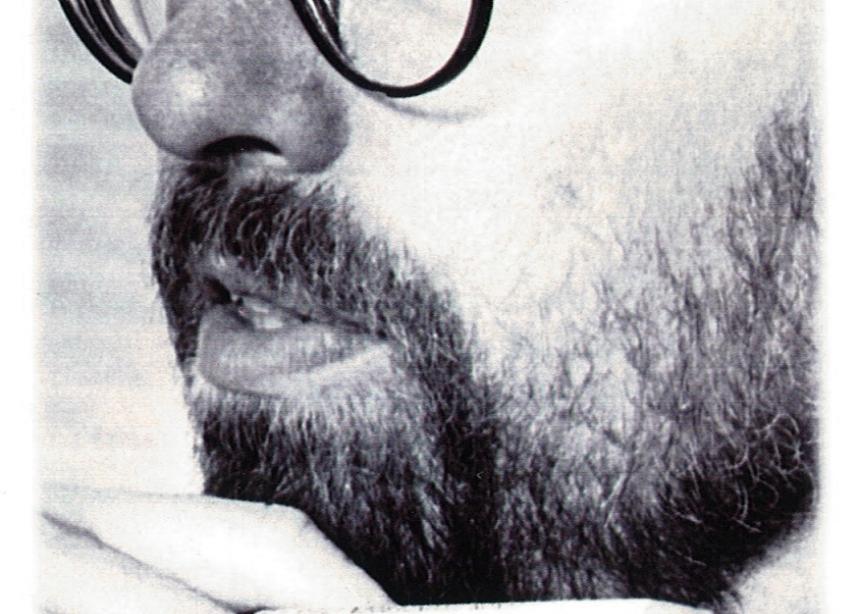 <p>Cover of the memorial service bulletin</p>

The church lost a voice for humour and faith with the passing of Joel Kauffmann, of Goshen, Ind., who died May 8, 2015.

“Joel had an uncanny ability and gift to communicate simply and clearly deep theological truths and social realities,” said J. Ron Byler, executive director of Mennonite Central Committee U.S., and a friend and colleague of Kauffmann.

Kauffmann was best known in Mennonite circles for his cartoon strip, “Pontius’ Puddle.” The star character of the strip was Pontius, a crowned frog who pontificated about life and faith, questioned and challenged God, from his backwater pond.

In 1983 Kauffmann launched “Pontius’ Puddle,” which has been published in over 200 in religious publications around the world. The cartoons began appearing in Mennonite Reporter, the predecessor of Canadian Mennonite, in February 1984, and continued delighting readers for the next 29 years. Over 500 of the cartoons strips were published in the two publications. In December 2014 Kauffmann announced that there would be no new cartoons in the “Pontius’ Puddle” series.

About humour and faith, Kauffmann posited that, as a Mennonite cartoonist who identifies with neither the Catholic nor the Protestant faith streams, he feels connected with the Anabaptists of the past. “The Anabaptists were early critics of the church,” he explained in a 1988 interview with Don Fitzkee of the Church of the Brethren Messenger. “I think at certain levels there was even humour.”

In the same interview, Kauffmann described the frog Pontius as “a very human amphibian who, on the one hand, wants to be faithful, but on the other hand succumbs quite frequently to temptation. . . . Pontius’ understanding of God, the world, and his fellow creatures is, like the pond he inhabits, shallow.”

While Kauffmann poked fun at attitudes and failings of Christians, the tone of the cartoon strip was never disrespectful of God or of faith tenets. Fitzkee compared the cartoon strip characters to people struggling with their faith.  “Kauffmann’s frogs are very human. Their motivations (or lack of motivation), hesitations, rationalizations, and occasional flirtations with truth and right are all too similar to many members of the Christian church.”

Kauffmann grew up in a small Mennonite community in Illinois, where he had limited exposure to television and movies. But his interest in visual and verbal communication led him to make significant contributions in some unique ventures. He was one of the founding members of Sisters & Brothers, Inc., a Mennonite nonprofit filmmaking group which produced dramatic films including The Radicals, the feature film based on the life of early Anabaptists Michael and Margaretha Sattler. Kauffmann was co-writer of the screenplay for the movie, which was released in 1990 and continues to be viewed today in faith education settings.

With partner Donald C. Yost, Kauffmann wrote the award-winning Disney TV movie, Miracle in Lane 2, based on a true story. The two collaborated on several other screenplays.

Kauffmann worked in content development at two visitors centres—Menno-Hof in Shipshewana, Ind., which features the faith story of Mennonites and Amish, and Nazareth Village, a living museum focusing on the life and teachings of Jesus, in Nazareth, Israel. His most recent assignment was as content developer for Museum of the Bible in Washington, D. C.

Kauffmann leaves behind his wife, Nancy, two sons, a daughter-in-law and a granddaughter. His parents, Ivan and Lola Kauffmann survive, along with his five siblings, their spouses and children.

A memorial service was held on May 11 at College Mennonite Church, Kauffmann’s home church in Goshen, Ind. The tribute in the bulletin said in part, “Joel had a deep faith, a passion for communicating, a joy for living and a string of one liners to crack us up. He thought that we shouldn’t take ourselves too seriously to counter the pollution of conflicts in the church that harmed each other and our witness of God in the world. . . . He wasn’t afraid of differences of opinion on faith issues, but engaged conversations to learn and grow while always trusting God to sort it out. He believed it was better to err on the side of grace and give God space to work in and through us.”

Cover of the memorial service bulletin