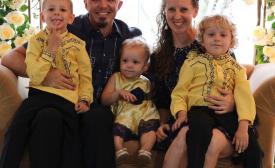 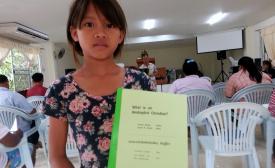 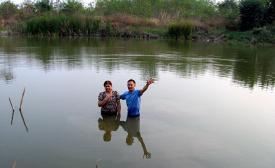 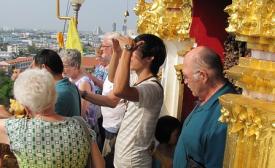 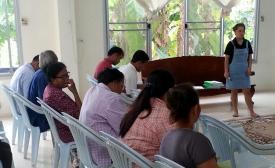 To put names and faces to these partnerships, Canadian Mennonite’s correspondents across the country have profiled Witness workers and the churches that support them. Following are stories from B.C. and Alberta.

Recently I sat in an audience of several hundred Christian communicators and watched the feature film, Silence, by accomplished American director Martin Scorsese.

The movie was released in January, but—movie buffs that we are—my husband and I did not race out to see it in the local theatre. The subject is martyrdom.

Speaker sets the record straight on the Ziffernsystem

Re: “Singing by the numbers,” May 22, page 32.
It was good to see a report on my participation in the annual meeting of the Mennonite Historical Society of Saskatchewan.

They are simple but they are very important: 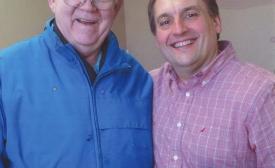 Tim Sauer is known as the “pie man” because every now and then he shows up at places like the thrift shop or House of Friendship in Kitchener, Ont., with a pie for volunteers or staff. His gifts of pie are meant to bring a message of encouragement, to say, “You’re doing important work.” 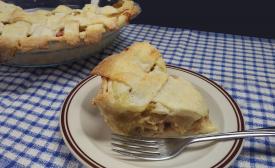 Tim Sauer, who is known as the “pie man,” bakes at least 200 pies a year that he gives away to encourage volunteers and those who work in church-related organizations. This is his recipe for rhubarb pie, a favourite of John Neufeld, executive-director of House of Friendship in Kitchener, Ont. 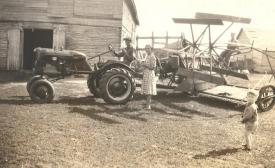 The Voth family in the Steinbach, Manitoba, area on the farm with tractor and binder in the 1940s. August is a busy harvesting time for farmers and gardeners with eyes on the upcoming fall and winter. Farming has changed dramatically in the past decades but remains the backbone to feeding the country and beyond. 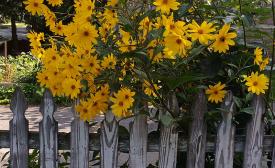 “Our deepest fear is not that we are inadequate. Our deepest fear is that we are powerful beyond measure. It is our light, not our darkness, that most frightens us. We ask ourselves, ‘Who am I to be brilliant, gorgeous, talented, fabulous?’ Actually, who are you not to be? You are a child of God. Your playing small does not serve the world. 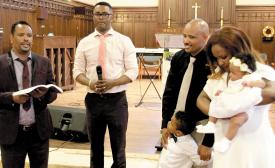 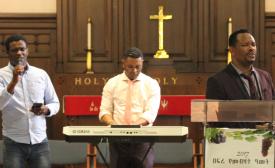 Meheret Evangelical Church has been meeting for worship in Kitchener for 20 years. Founded by four families, the church of about 15 saw slow growth over the years, as refugees from Ethiopia—who dispersed to South Africa, Greece, Sudan, Egypt and elsewhere—made their way to Canada. 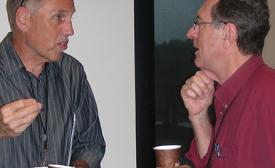 Creating more dialogue between the 16th-century Anabaptist tradition and the context of the Global South, and learning about how Mennonite women “do” theology, were two of the keynote addresses at this year’s “Anabaptist theology: Methods and practices” conference, held in early June 2017 at Trinity Western University (TWU) in Langley. 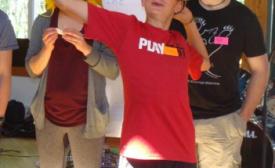 Say yes, and get out of your comfort zone. These were the two main take-aways from the Mennonite Church Saskatchewan junior-high retreat, held from May 26 to 28, 2017, at the Shekinah Retreat Centre. 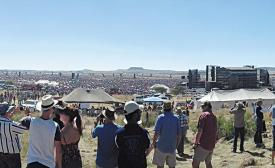 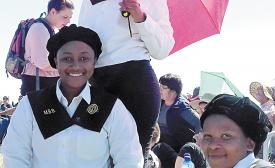 They were called and they came, a million people from every corner of South Africa. They gathered on April 22, 2017, in an expanse of field near Bloemfontein for the largest prayer meeting the country had ever seen. 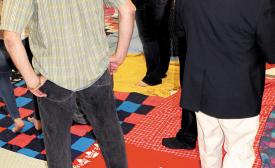 On Pentecost Sunday, June 4, 2017, a spirit of truth and reconciliation filled the fellowship hall and sanctuary of Edmonton's First Mennonite Church. 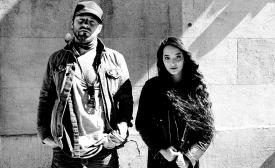 What’s the sound of an award-winning song? Matt Epp and Faouzia know.

This past May, the singer-songwriters won the grand prize for their duet “The Sound” in the International Songwriting Competition. 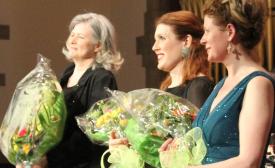 Grace Church on-the-Hill Anglican Church was full of concertgoers lined up waiting for open seats from no-shows on April 30. Stephanie Martin’s last concert as artistic director of the Pax Christi Chorale after 20 years was a hot ticket, never mind the content and performers. 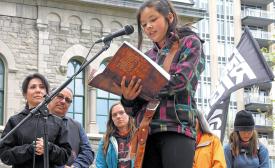 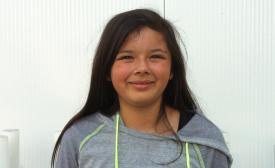 Abby Heinrichs was one of the youngest participants on the pilgrimage. (Photo by Aaron Epp) 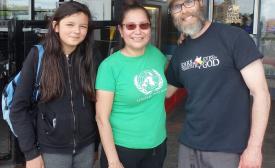 This past spring, while her Grade 6 peers were in class writing spelling tests and working on their multiplication tables, Abby Heinrichs was doing something completely different: walking 600 kilometres in support of indigenous rights. 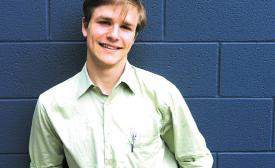 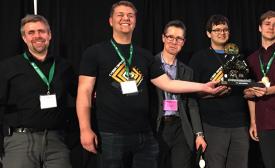 Computer programming is a language foreign to most, but not to David Dyck. The 17-year-old Winnipegger is passionate about computers and knowing how they operate.