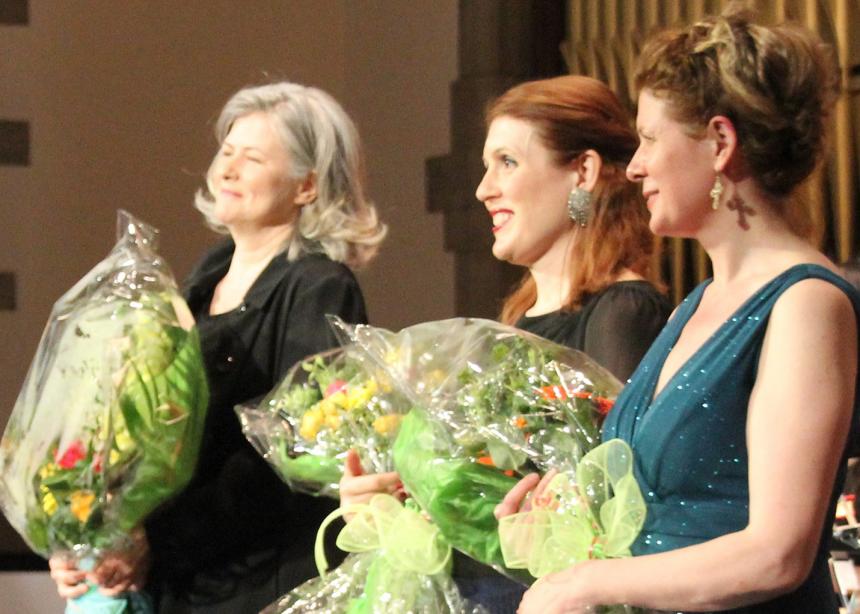 Grace Church on-the-Hill Anglican Church was full of concertgoers lined up waiting for open seats from no-shows on April 30. Stephanie Martin’s last concert as artistic director of the Pax Christi Chorale after 20 years was a hot ticket, never mind the content and performers.

Edward Elgar’s “The Apostles” had never been sung in Canada before, despite its century-long pedigree. But Martin has often sought out underperformed works during her tenure, and has sought out and published works that had lain dormant for years.

Elgar’s telling of the story of the apostles falls into two parts:

Judas is given a huge role throughout. His place in the final chorus—singing with Jesus, the apostles and the holy women—shows Elgar’s twist on the story: Judas had not meant to send Jesus to his death but had hoped to stir him into action against the Romans and the corrupt religious leadership. In the first part of the oratorio Judas snidely—or perhaps sadly—responds to Jesus and the other apostles’ faith statements with scriptures that put the statements into question.

Each soloist was powerful and the Chorale showed itself able to both thunder and sound distant, as Elgar puts the crowd demanding the crucifixion away from the central activity of the story, focussing instead on the interchanges between Judas and Jesus, and Peter and Jesus. And the mystic chorus of the final section sings a faint “alleluia,” foreshadowing the coming resurrection.

Elgar wrote of the work: “My wish was to look at things more from the poor man’s point of view than from our more fully informed standing place.”

As for choosing this piece for her swan song, Martin said, “There is so much wonderful art in the world that is overlooked because we don’t have the courage to confront what we don’t know. So I congratulate my audience for taking a risk, and our supporters for bringing this unknown masterpiece to Toronto.”

Martin leaves Pax Christi to continue teaching and composing, a place of privilege she does not take lightly in the Canadian choral scene, in which commissions are hard to come by. She is being replaced by David Bowser, the Chorale’s fifth artistic director in its 30-year history. His first season will include works by Bruckner, Brahms, Beethoven, Poulenc, Duruflé, Fauré and Gounod; it will conclude with Haydn’s “The Creation.” 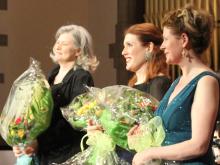