Pies bring a message of encouragement 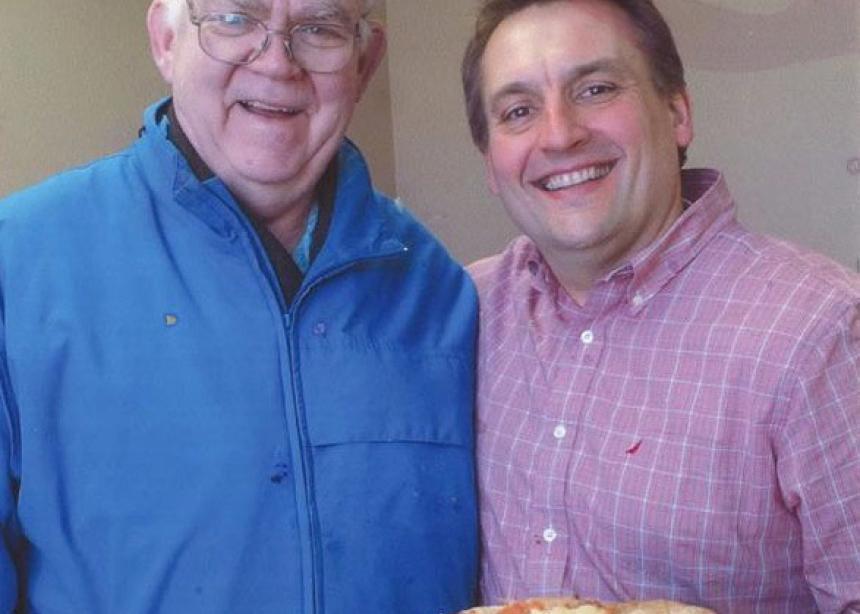 Tim Sauer is known as the “pie man” because every now and then he shows up at places like the thrift shop or House of Friendship in Kitchener, Ont., with a pie for volunteers or staff. His gifts of pie are meant to bring a message of encouragement, to say, “You’re doing important work.”

Sauer grew up in a family with a deep-seated tradition for eating pies. His great-aunt Olive made pies virtually every day and his great-uncle, who did a lot of physical work on his mixed farm, often ate pie three times a day. His parents were accustomed to eating lots of pies, and when his elderly mother lost the ability to make them, Sauer began spending weekends with them and on every other visit he would bring along a homemade pie. He often made elderberry pie because that was his father’s favourite.

After his parents passed away and he approached retirement, he heard his friend from church pleading for volunteers for the thrift shop. As he became involved with volunteering, first for the thrift shop and then for the Mennonite Coalition for Refugee Support, he saw the value of these organizations. Because he enjoyed making pies, he began giving them to fellow volunteers and to staff, to encourage them in their work.

“It was total serendipity, how it happened,” he says. Neither can he really explain how he knows when it’s time to take a pie to someone. “It all depends on when the Spirit moves me,” he explains.

Sauer came to know Dick Benner when the former editor of Canadian Mennonite moved to Waterloo and began attending his church, Waterloo North Mennonite. To express sympathy and encouragement as Benner watched his wife’s health decline, he began bringing the occasional pie to the Canadian Mennonite office. His pies are delivered warm and are delicious.

Normally he makes two pies at a time. “It’s got to be fun,” he says, “And it’s fun when I make two pies.” “I make fruit pies,” he says, commenting that he likes his pies to be deep with fruit. He uses fresh fruit when possible but also fills his freezer so that he can make pies all winter. Every year he travels to the Niagara Region to buy eight 14-kilogram pails of unsweetened sour cherries. He freezes seven pails and uses up the other pail, making 10 pies with fresh cherries.

Sauer feels uncomfortable talking about what he does as ministry because that might lead to pride. “Pride is the worst sin because it blinds you to all your other sins,” he muses, commenting that he makes pies because he enjoys sharing with others.
“I think I do some good,” he says humbly. He also admits that he doesn’t eat pie himself. Although he makes pies for families and about 200 pies for the volunteers and staff at various organizations, he himself only eats about four pieces in a year. 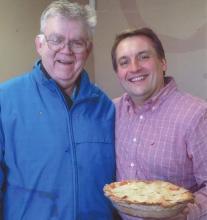