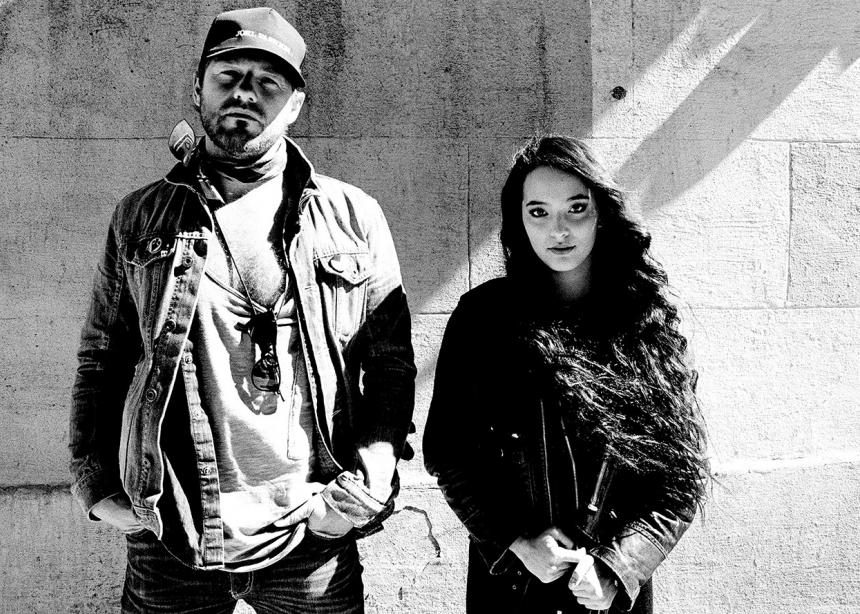 What’s the sound of an award-winning song? Matt Epp and Faouzia know.

This past May, the singer-songwriters won the grand prize for their duet “The Sound” in the International Songwriting Competition.

Judges chose “The Sound” from more than 16,000 entries from 137 countries. Epp and Faouzia are the first Canadians to ever win the grand prize plus US$25,000 in cash and more than $45,000 in additional prizes.

Epp, who was raised in Manitoba and has released nine albums since making his debut in 2005, was surprised to receive the recognition. His wife entered the song in the competition without his knowledge.

“I’m grateful she did that, because all of a sudden I’m getting this phone call about winning the grand prize,” the 36-year-old said when reached by phone at his home in Owen Sound, Ont., last month.

In a news release, the International Songwriting Competition said of “The Sound,” it’s “the perfect synergy.”

“A great duet can be magical, and ‘The Sound’ is just that,” the news release said. “It showcases the talents of each songwriter and singer, interweaving the yin and yang of Epp’s stark, tender vocals with Faouzia’s soaring delivery. Their contrasting styles and interpretation of the soulful lyrics and melody express the song’s sentiment, conveying a yearning and vulnerability.”

The song had its genesis when Epp was on tour in Germany and he received an email from his infant daughter, who he had been writing to since she was a newborn. The unexpected email, penned by Epp’s wife, read, “What’s the sound that a longing heart makes?” In a hotel bathroom, he tearfully wrote the chorus to “The Sound.”

A few months later, he was assigned to mentor a group of young performers at the Winnipeg Folk Festival. The group included Faouzia, a 16-year-old singer-songwriter who was born in Morocco and raised in Carman, Man. The pair formed a quick friendship and finished the song together.

“The Sound” went to No. 1 on the Top 20 CBC radio chart and earned the SOCAN No. 1 Song Award in Canada based on its radio success.

“[Faouzia’s] voice has this magic. . . . That’s what I really fell for,” Epp said of why he wanted to collaborate with the young talent.

He is excited about winning the songwriting competition because it’s a form of validation. “I’ve been writing songs for whatever it’s been—12 or 13 years—and I still feel like I’m just getting started,” he said. “Not that I’ve been waiting for it, but this recognition does, in fact, give me some encouragement.”

Winning the grand prize will also allow Epp to fund his next record, which he is currently writing songs for.

“I’m giving it its time, this time,” he said of his next album. “I’ve got plenty of songs ready . . . that I feel deserve the effort of being put out there. However, I’m letting everything unfold organically and continuing to write, and hoping for a little bit of divine guidance and leading along the way to see how it will all unfold.”

Epp is no stranger to the Mennonite church. He has performed at Mennonite Church Canada and Mennonite Central Committee (MCC) events across the country.

His parents, George and Leora Epp, are currently preparing to leave for Bangladesh, where they will serve for four years as MCC country representatives.

“MCC’s been something my folks have been involved in for a long time in one way or another,” Epp said. “For them to be giving up everything they own—their house, vehicles, paring down to nothing so they can move to Bangladesh when they have children and grandchildren here—it’s a pretty inspiring thing to see them do.”

To listen to “The Sound,” visit songwritingcompetition.com/winners.