This year—2017—will bring changes for members of Mennonite Church Canada, a denominational entity to be reconfigured into a proposed structure of five area churches doing the work of a denominational centre in Winnipeg. It is uncharted territory, to say the least. 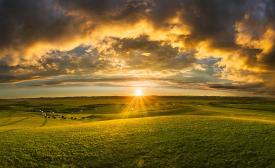 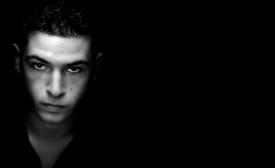 “Even youths grow tired and weary, and young men stumble and fall; but those who hope in the Lord will renew their strength. They will soar on wings like eagles; they will run and not grow weary, they will walk and not be faint” (Isaiah 40: 30-31).

One of the sweetest phrases in the Bible, “The Word became flesh and lived among us” (John 1:14), is often heard at Christmas. With joy and gratitude, we celebrate the incarnation, God taking on human flesh in Jesus, and making a home with us. Similarly, the vision of Revelation 21:3 proclaims in The Message: “Look! Look!

Superhero movies are all the rage. One website says it is the most popular movie genre around. We all want someone to put things right in turbulent times. Even Lego Batman might do.

One of the most overlooked fruits borne in the life of someone who genuinely follows the way of Jesus and lives in the Spirit, is wisdom. If we put into practice what Jesus teaches us, we will become increasingly wise. 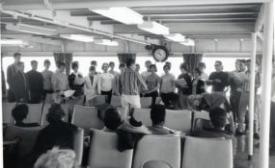 George Wiebe conducts the Canadian Mennonite Bible College (CMBC) choir in an impromptu song on a B.C. ferry while on tour in May 1966. The choir gave 24 performances in 17 days, and 39 of the 43 singers also spoke at these events. The tour was an important community-building event for the choir members, but also for the school and supporting congregations. 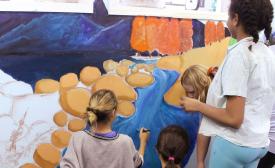 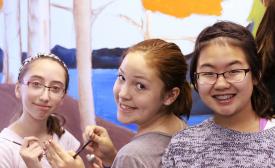 In an ironic coincidence, ugly graffiti was sprayed on the outside wall of Edmonton First Mennonite Church the same day that teenagers from a local junior-high school painted a beautiful mural on walls inside the church late last year. 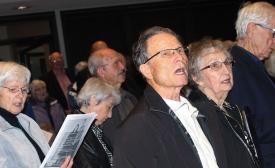 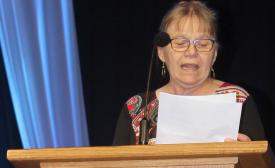 Tales of families separated through war and later reunited through letters 60 years ago were featured at the Mennonite Historical Society of B.C.’s fall fundraiser. The program, held at King Road Mennonite Brethren Church in Abbotsford on Nov. 13, 2016, was entitled “A small sign of life and love: Letters from the Soviet Union during the Khrushchev Thaw, 1956.” 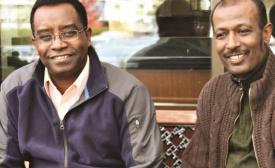 The Oromo Christian Fellowship, which was established in 2004 and changed its name to Oromo Evangelical Church of Ottawa in 2010, has applied for emerging church status in Mennonite Church Eastern Canada and expects to be received into fellowship in April. 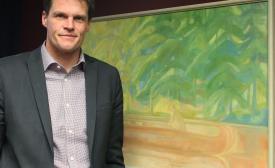 “I don’t know if it’s sunk in entirely, but it’s been a good experience so far.”

That’s Charlie Clark’s assessment of his first weeks as the new mayor of Saskatoon. He admits those weeks have “definitely been a whirlwind” but feels the city has welcomed him warmly to his new role. 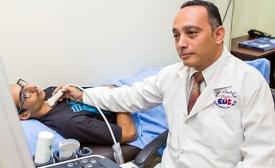 In an attempt to secure the future of the Salam Medical Centre, which he founded in a town some 25 kilometres north of Cairo, Egypt, Dr.

A presentation by Timothy Epp on the enduring relationship between blacks and Mennonites quickly morphed into a time of sharing and storytelling by members of the two communities during this year’s annual Mennonite Historical Society of Saskatchewan “peace event,” held on Nov. 12, 2016, at Saskatoon’s Bethany Manor. 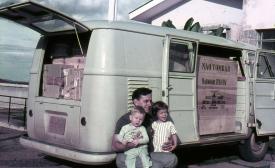 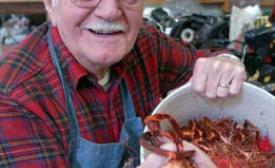 From seafaring cowboy to Christian book publisher, Ken Schwartzentruber embraced life and adventure with a hands-on attitude and a commitment to God. Born to the late Allen and Elizabeth (Wagler) Schwartzentruber in Petersburg, Ont., on April 30, 1928, his light flickered out on Nov. 17, 2016, in New Hamburg, Ont., at the age of 88, with his family by his side. 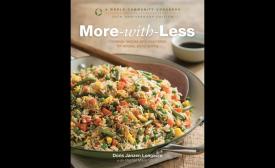 The 40th-anniversary edition of the More-with-Less cookbook, with its many full-page photographs, has an updated and more sophisticated look. Rather than simple black-and-white pages, it has moved to a full-colour format, designed to appeal to the eye. 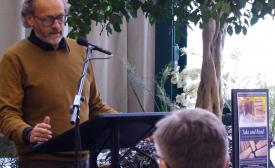 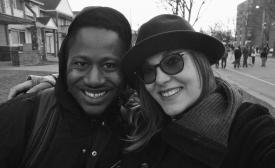 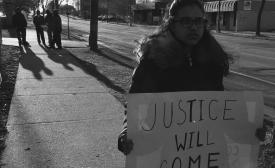 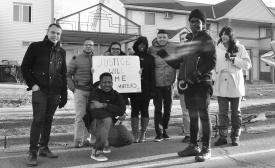 This is a critical time in the world. From environmental threats like the Kinder Morgan pipeline, to the troubling rhetoric coming out of the United States after Donald Trump’s presidential win, many people are wondering: How can I make a difference and work for positive change? 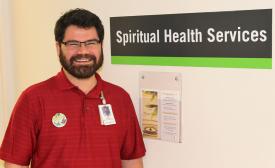 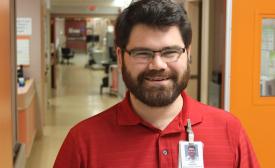 Jared Redekop has seen and done a lot in just over a year of working as a spiritual health practitioner at the Children’s Hospital of Winnipeg.