Making room for the politics of hope 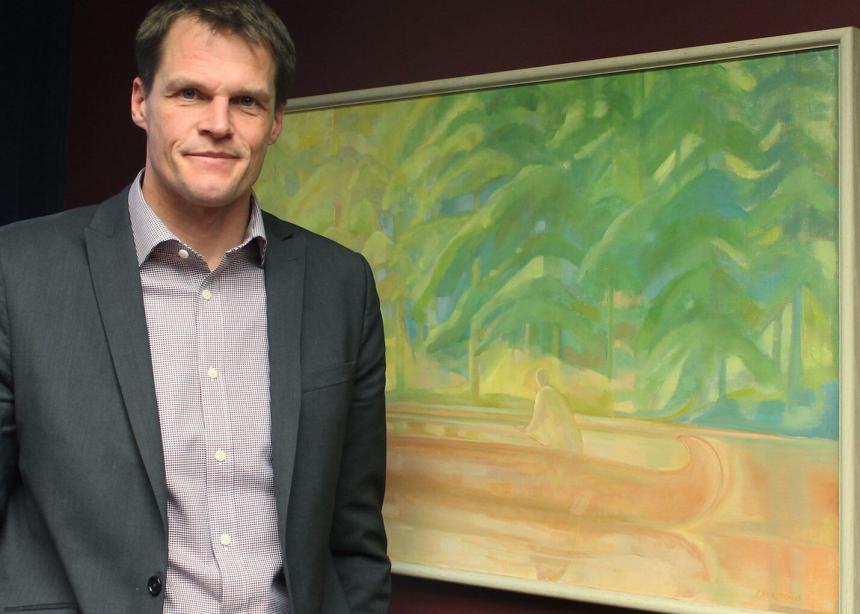 “I don’t know if it’s sunk in entirely, but it’s been a good experience so far.”

That’s Charlie Clark’s assessment of his first weeks as the new mayor of Saskatoon. He admits those weeks have “definitely been a whirlwind” but feels the city has welcomed him warmly to his new role.

Clark, who attends Osler Mennonite Church, won the Oct. 26, 2016, election, defeating Don Atchison, who had served as the city’s mayor for 13 years. Although new to the job, Clark is no stranger to municipal politics, having been a city councillor for 10 years.

With a background in mediation and conflict resolution, Clark was drawn to politics through the encouragement of friends and a desire to respond to what he saw as a politics of division. “There were a lot of issues that were creating a lot of tension,” he says. Those issues included relations between the city’s indigenous community and its police force, and debate over suburban development. “It was very ‘us versus them,’ the way the narrative was playing out,” he says. “Because I’d done work in mediation, I began to think that we need space for politics that doesn’t succumb to that really divisive thinking.”

A decade later, Clark felt that current issues—economic and environmental sustainability, maintaining a vital downtown core, meeting the needs of an increasingly diverse population—were not being addressed satisfactorily. And so he decided, again with much encouragement from others, to make a bid for the mayor’s job.

Clark sees his role as that of collaborator and team leader. He recognizes that relationship-building is a somewhat nebulous task but feels he is in a position to set a tone of openness and inclusivity. “I believe we make the best decisions as communities when we actually take the time to listen to one another and find that common ground, as opposed to just letting stereotypes and fear guide decisions,” he says.

The recent U.S. election has shown that fear can be a powerful motivator, says Clark, who hopes, instead, to “try and motivate people based on hope,” giving the public “a transparent and honest assessment of what’s going on and what you think needs to be done, with some humility.”

Clark is candid about his membership at Osler Mennonite. He did not grow up in the church but became familiar with Mennonites when he attended Menno Simons College in Winnipeg. He married into the Mennonite community; his wife, Sarah Buhler, grew up in Osler. The couple wanted their three young children to grow up knowing both their familial and faith heritage. “By going to Osler, we can connect our kids to four generations of [their] history,” he says, adding, “We wanted to make sure they developed a sense of values and an ethical framework to live their lives.”

He also sees value for himself in attending the church. “It’s a wonderful community,” he says. “I find that the theology and the values and the service work that happens in the community is a good grounding for me.”

Clark sees Osler Mennonite as “a courageous church” that hasn’t been afraid to take a stand on controversial issues and then move forward. “Being in politics, you can get pushed and pulled in a lot of different directions,” he says. “Being around people who are firm in their beliefs and values, and [who] act on them, is a good place to return to and spend time.”

Although Clark describes his faith as “a more private part of my life,” he nevertheless sees it as playing a role in his public life. “In order to make good political decisions, you need to have an ethical framework,” he says. “You need to have a set of values that guide you, especially in difficult decisions.”

Faith also helps him keep things in perspective. “In politics, ego is a big factor,” he says. “In my faith, and in my reading of what we’re called to do as people, it’s to not allow our ego to get in the way of our need to serve, to look out for the good of humanity and also of our planet.”

Of his faith journey, Clark says, “It’s been a bit of a process, because I didn’t grow up Christian, and to this day I don’t know if I quite reconcile with naming myself as a Christian. I follow and find inspiration and guidance from many of the things Christ did and talked about, but there’s a lot of baggage that goes along with the term.”

In spite of that, he finds the Scriptures relevant to life in today’s world, and is challenged by Christ’s call to “make the world a better place for particularly those who are living on the margins.”

For more on Mennonites in public service, see “Seeking the welfare of the city.” 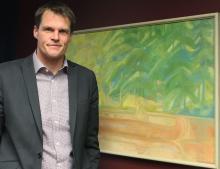