From behind the Iron Curtain 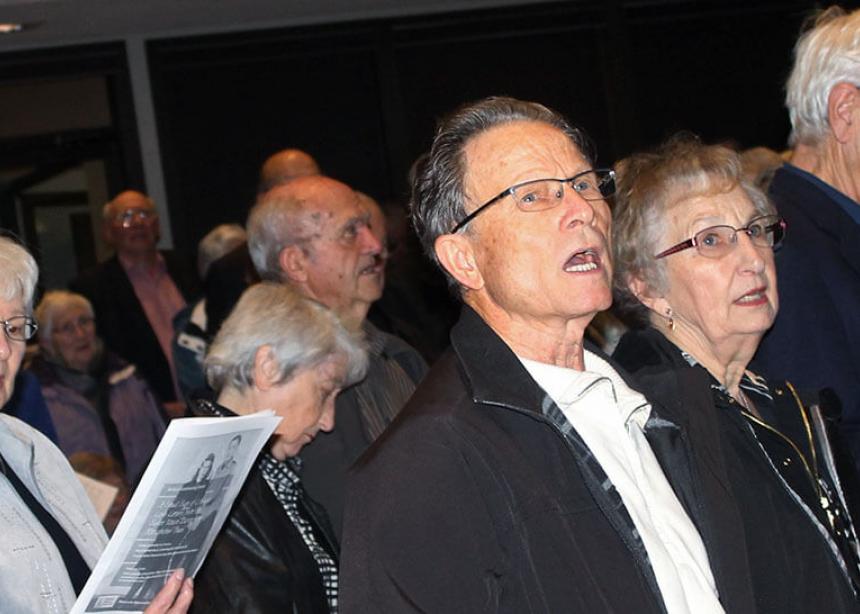 Tales of families separated through war and later reunited through letters 60 years ago were featured at the Mennonite Historical Society of B.C.’s fall fundraiser. The program, held at King Road Mennonite Brethren Church in Abbotsford on Nov. 13, 2016, was entitled “A small sign of life and love: Letters from the Soviet Union during the Khrushchev Thaw, 1956.”

The Khrushchev Thaw, as explained by speaker Robert Martens, refers to the period beginning in the mid-1950s after the death of Josef Stalin, when repression and censorship in the former Soviet Union were eased under the party chairmanship of Nikita Khrushchev.

Mennonites who had been separated through war and the Stalinist regime began to write to relatives in North America, when sending mail to other countries was no longer against the law. “Mennonites bore the brunt of many of Stalin’s repressions,” said Martens. Canadian Mennonite German newspapers then began to carry print listings of people from the Soviet Union looking for their relatives in Canada, which led eventually to reunions of family members.

Louise Bergen Price of Abbotsford spoke on the topic, “We’re here because of you, but it’s not your fault,” telling of her grandparents’ experiences of war, famine and arrests.

Interspersed throughout the program were congregational hymns, many in German, and solos by Ian Funk. The afternoon ended with a traditional faspa meal.