With the Being a Faithful Church (BFC) process, congregations across Canada were wisely and prudently given seven years to discern the important issues confronting them in an increasingly post-Christendom era of the 21st century: multiculturalism, the state of our peace and justice beliefs and practices, and sexuality, to name the high-profile ones.

On behalf of the Future Directions Task Force I express sincere thanks for the thought and time you’ve put into the open letter received last week from Norm Dyck, Mennonite Church Canada’s Witness Council chair.

Some time ago there was a letter to the editor promoting evolutionary theory as strengthening faith. This is not Christian or scriptural.

The word “saviour” doesn’t often come up in conversation. Could it be that we are not in need of saving? Perhaps we face no imminent danger. Or perhaps there is nothing in recent history that reminds us of rescue, liberation, redemption or salvation. Maybe we can save ourselves through our own devices.

“I wonder where my wrapping paper is,” my mother mused. “I know I’m not supposed to go to the attic, but I did. Maybe it’s up there.” (The attic is a garage loft, accessible by a pull-down ladder.) I was the only witness to my mother’s “confession” as we sat together in her home; at the time, I had been savouring a sweet little dish of ice cream.

There once was a congregation called Peach Blossom Community Church. It was approaching the end of the year with a significant financial shortfall, needing $60,000 to meet its annual budget. The finance committee jumped into action. Bulletin inserts used graphs and charts to illustrate the shortfall. Weekly announcements encouraged people to give generously to avoid a deficit.

I’ve had a number of conversations recently where the topic of truth has come up. Without exception, someone inevitably says, “There is no truth with a capital T. You have your truth and I have my truth. But there is no absolute Truth.” 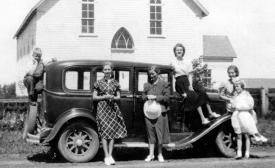 This is a photo of Mennonite writer Katie Funk Wiebe and her family driving to church circa 1940. Katie’s father, Jacob J. Funk, took the picture in front of Eigenheim Mennonite Church in Saskatchewan. Pictured from left to right: Jakie, Katie, mother Anna with her Sunday hat, Frieda, Annie and Susie. The Eigenheim church began services in 1892 and formally organized in 1894.

Journalism is a tense and often misunderstood business, especially within the church. Readers get riled, interviewees feel gypped, church leaders squirm. But in many ways the tension is the essence. 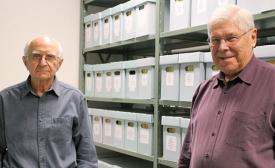 Hearing the word “archives” may conjure sneeze-worthy stereotypes. However, a visit to the Mennonite Historical Society of Alberta Archives in Calgary quickly dispels any dusty images.

A crowd of lively volunteers surrounded by history laugh around the lunch table, sharing discoveries made during their weekly volunteer stint to preserve the history of Mennonites in Alberta. 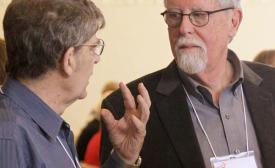 Helping those in lay and paid pastoral care roles better minister to their congregations, some of whom deal with issues of mental illness and addictions, was the goal of “Mental wellness,” Mennonite Church Eastern Canada’s annual pastors, chaplains and congregational leaders event held Jan. 16, 2016, at Steinmann Mennonite Church in Baden. 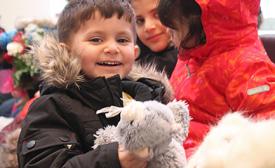 The Manitoba Prairies have a reputation for icy winters, but they should also be known for their warm hearts. This winter, the town of Altona, Man., embraced 45 new refugees from Syria, increasing its population by 1 percent. 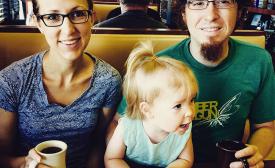 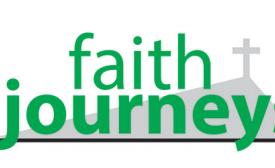 When Josh Wallace survived a serious car accident at age 10, his father said, “God saved your life in that accident, and he must have done so for a purpose.” Since then, he has tried to figure out what that purpose is. 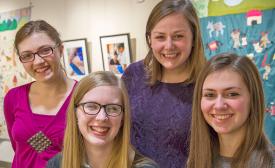 Conrad Grebel University College is home to a diverse mix of students studying in all six faculties at the University of Waterloo (UofW) in Ontario. In partnership with UofW, Grebel aims to boost female student participation in Science, Technology, Engineering, Math (STEM) programs, thereby increasing the potential for future female leaders. 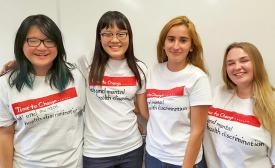 Four Grade 11 students at Rockway Mennonite Collegiate have taken an innovative approach to a class project, and it has been making a difference in their community and beyond. 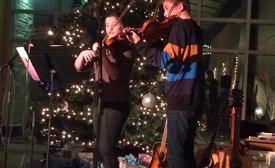 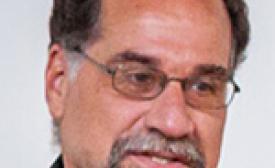 David Brubaker, who joined the faculty of the Eastern Mennonite University (EMU) Center for Justice and Peacebuilding (CJP) in 2004 with a specialty in organizational development, will become the new director of EMU’s MBA program, where he has taught a course in organizational behaviour for each of the past nine years. 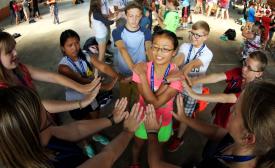 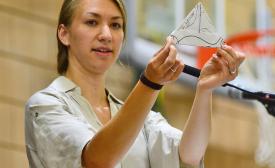 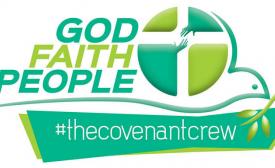 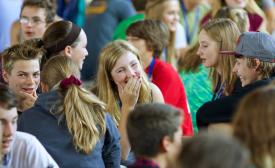 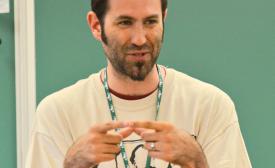 UPDATE: Youth Assembly 2016 has been cancelled, due to a shortfall in the number of registrations. See here for more information. 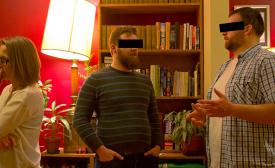 During high-school band camp last fall, I was in a cabin with a bunch of teenage guys who discussed stereotypical teenage-guy things. They began talking about all the “b**ches” at school—relationship gossip, who’s got a better booty than who—things along those lines.