Remade from the inside out 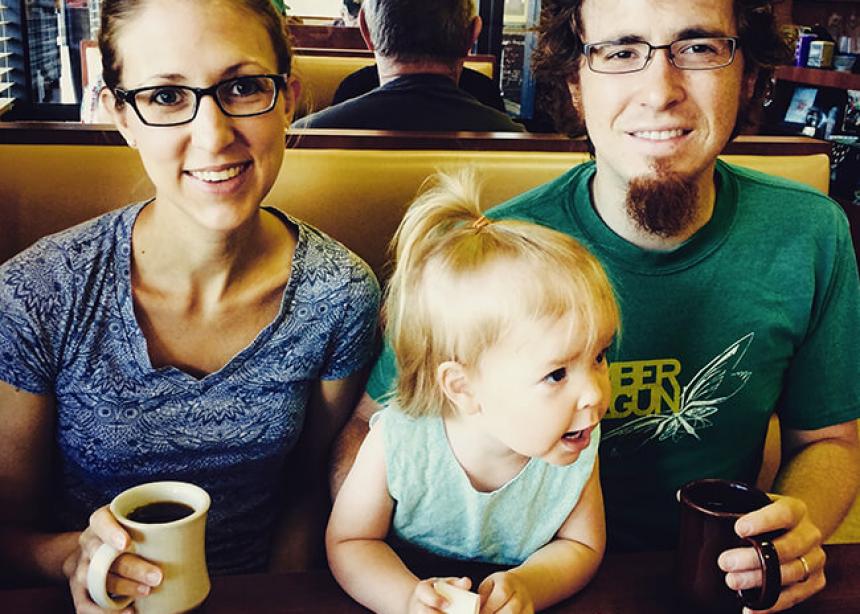 When Josh Wallace survived a serious car accident at age 10, his father said, “God saved your life in that accident, and he must have done so for a purpose.” Since then, he has tried to figure out what that purpose is.

Josh grew up near Bozeman, Mont., in a conservative Christian milieu. As a teenager, he tasted leadership in his youth group and in the Bible club at school. These experiences helped him overcome awkwardness and focus on the needs of others. He remembers thinking, “Instead of being fearful about what everyone else thinks, I’m going to take care of other people.”

He attended Cedarville University, a fundamentalist Baptist university in Ohio. He didn’t know how conservative Cedarville was before applying. “I was a naïve kid,” he admits. But he appreciates the time spent there. “Cedarville was a great place to learn and study Scripture because there was a passion, earnestness, urgency in all the classes,” he says. “There was this spirit that everything we were doing is, in the end, for the glory of God and for spreading the good news, and that all of our lives should be given to that.”

But the more time Josh spent at Cedarville, the more he questioned this form of conservative Christian faith. He found himself thinking, “Maybe it’s not just handing out tracts and giving three-minute gospel presentations.” He concluded, “Following Jesus should be something that manifests itself in all of your wants, hopes and assumptions about the world. It should thoroughly remake you from the inside out.”

At Cedarville, Josh met and eventually married Cindy Rich, an English major from Detroit, Mich. As married students living off campus, they opened their home to fellow students for Bible study, conversation and shared meals. These friends challenged each other to live out their faith. Many pursued mission assignments after leaving Cedarville.

The Wallaces themselves spent seven months in Macedonia doing short-term mission work. They worshipped and worked with believers in an impoverished community. Recalling the experience, Josh says, “This is what faith looks like when it’s practised, when you need to be community because that’s the only way your faith’s going to survive.”

On returning to the United States, the Wallaces enrolled in graduate studies at Loyola University in Chicago. He undertook a master’s degree in theological studies, while she began doctoral studies in English literature. They rented an apartment and searched for a church within walking distance. They found Living Waters Community Church, a Mennonite Church U.S.A. congregation.

They found in Living Waters an expression of faith they had been longing for. They were drawn into the church and its programs—potluck suppers that were open to the community, work with refugees, anti-racism activities, an after-school program for children—and they developed an appreciation for Mennonite Anabaptism.

Yet as with his experience in Cedarville, Josh felt himself uneasy. “I continued to [think], ‘I love this, but I feel a little bit out of place,’ ” he says, noting a tendency to “lose sight of the spiritual side of all of this good work that we [were] doing.” It’s easy to forget, in the drive to do good, that “it’s all being done because of Jesus and only in his power,” he adds.

Josh completed his master’s degree, and enrolled at Trinity Evangelical Divinity School in Chicago. But, he says, “I signed up knowing my future would take me in a Mennonite Anabaptist direction.”

When Cindy completed her dissertation, she accepted an offer to teach at St. Thomas More College in Saskatoon. Josh contacted Mennonite Church Saskatchewan, submitting his resume to Jerry Buhler, then area church minister. Buhler said that Warman Mennonite Church was searching for a pastor and suggested Josh might be a good fit. This proved to be the case, and the congregation hired him.

Josh refers to Dietrich Bonhoeffer’s The Cost of Discipleship as one of the most important books he has read: “Jesus is calling us to something infinitely more joyful and infinitely more costly, an obedience that is both more free and more demanding than what we’ve experienced. If you dig down to the heart of Josh Wallace’s faith, that’s [what you find], that Jesus is calling us to himself, which should change our lives dramatically.”

So what is the purpose for which God saved Josh’s life when he was 10? “For me,” he says, “it’s not a question to answer, it’s a challenge to always hold out in front of me. It provokes me to critically reflect on any given day and to ask again, ‘Jesus, is this your purpose for me today?’ ”

More stories about the journey to ministry:
Flipping on the pastor switch
Outside his comfort zone
Letting Christ abide, from Saskatchewan to Gambia
Prodigal pastor
From Mexican Quaker to Canadian Mennonite 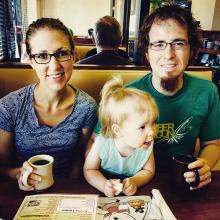