Stop hiding behind the jokes 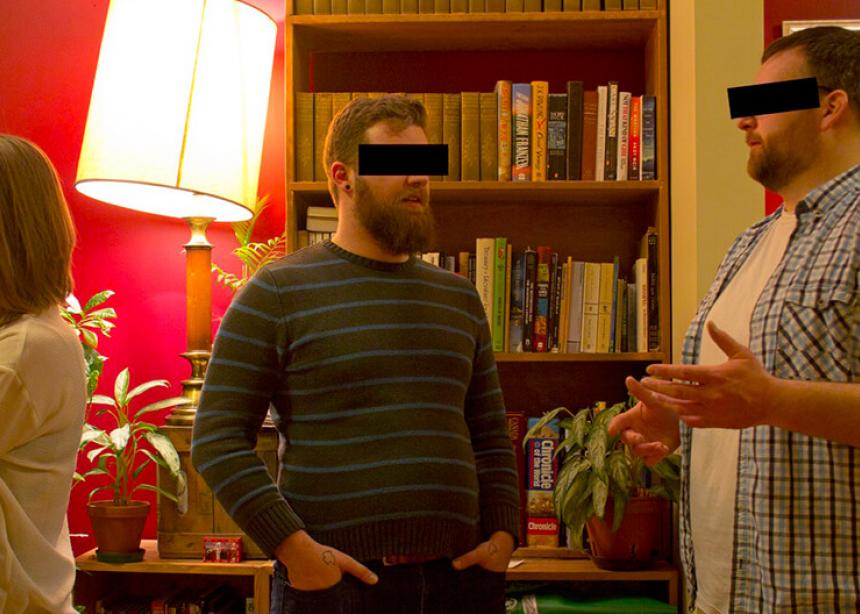 During high-school band camp last fall, I was in a cabin with a bunch of teenage guys who discussed stereotypical teenage-guy things. They began talking about all the “b**ches” at school—relationship gossip, who’s got a better booty than who—things along those lines.

I was uncomfortable with the lack of respect shown for our female classmates in the way they were talking. Eventually, I couldn’t sit and listen to the degradation any more, and I voiced my objections. The guys looked at me strangely and said, “Come on, man, we’re just joking. It doesn’t mean anything.” Then they continued on the same topic in the same manner.

In retrospect, this conversation is one of the scariest things I have heard in a long time. By ignoring their values for the sake of this conversation, my peers were affirming and legitimizing their sexist statements.

Sexism is everywhere. Examples abound in the way different genders are portrayed in advertising, in movies and in other forms of media. Granted, things seem a lot better than they used to be. Today there is, at the very least, an awareness of the negative effects of sexism.

In my everyday high-school life, most people are respectful and treat everyone more or less equally. Even the guys in the cabin that day are good people, and they typically regard the females in their lives as more than good-looking conversation starters. So where did that insensitive discussion come from?

I believe the answer lies in their response to my objections: “We’re just joking.” This talk of “b**ches” and booties was an easy way for them to have a discussion while hanging out together. From my experiences with these particular guys, they are caring individuals who believe in equality. They just set aside their values for this bit of bonding among “bro’s.” The way they talk in these discussions leaves me with the impression of inconsistencies between their beliefs and their behaviour.

The dismissal of the sexist nature of what they were talking about is dangerous. How do the words they use reflect or influence what they truly believe? If they are not carefully considering the meaning of what they say, they affirm sexist views. It becomes easy to start believing the expressed opinion, even if deep down they know it’s not right. In addition, those who object to these views are shut down, because no one involved is taking the matter seriously.

Unconsciously setting aside values to talk in a sexist way isn’t exclusive to young men. I have heard people of all ages, even people devoted to gender equality, making offensive jokes that use gender stereotypes for a cheap laugh. From an older man I respect and admire: “Why are second-hand female brains cheaper than male brains? Because the female brains have been used.” Jokes like this present a sexist view and expect you to laugh. It’s the same principle as the male bonding discussion, albeit with a slightly more socially acceptable vocabulary. These are just two examples of sexism that can infiltrate any conversation, no matter the values of those involved, because the jokes are seemingly innocuous.

We all have a responsibility to resist the insidious propagation of stereotypes. We can’t laugh and dismiss the negative views our words communicate and encourage. It is difficult to object to what our friends and family say, but it is much better than saying nothing and offering silent affirmation. With care and caution, hopefully our protests can provoke discussion and encourage others to consider the implications of what they say.

On the flip side, considering what we say before we say it is important to make sure we aren’t fuelling the issue ourselves. Everyone makes mistakes, and I know I’ve said things without thinking. It is essential that we are open to the concerns of others, and allow them to challenge us on what we say.

By speaking out in a caring way when we hear jokes that come at the expense of others, and by being open to being confronted about our own behaviour, we can stop encouraging sexist stereotypes. Consciously and unconsciously, what we say should be loving to all people wholly and equally.