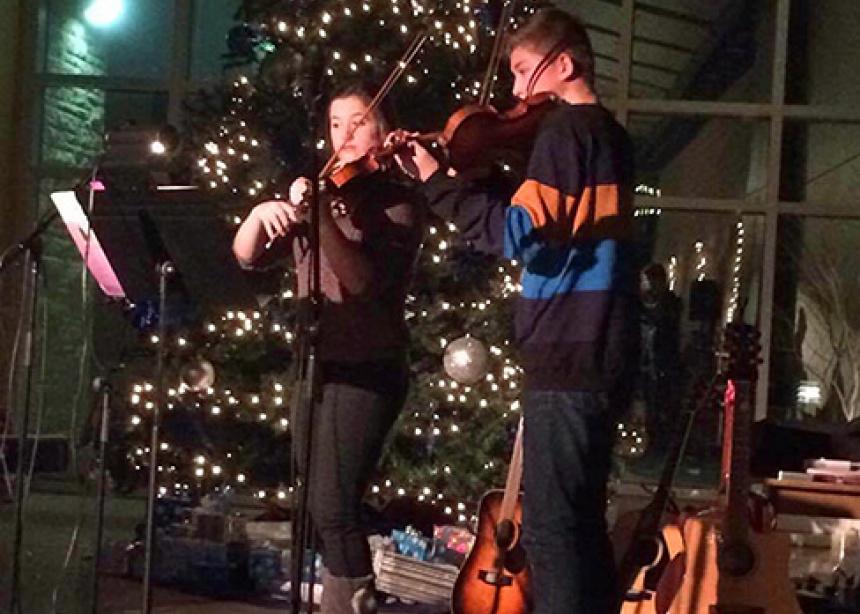 Buhler Hall, on the campus of Mennonite Collegiate Institute (MCI), played host to a very special coffee house last December. The event was motivated by compassion for a multitude of displaced Syrians; further inspiration came from Mennonite Central Committee and the bold steps taken by Build a Village, a local charity, to welcome five new families to Altona, Man. (See “A town that welcomes refugees.”)

Grade 11 student Madelyn Mierau Friesen and her teacher Bernie Loeppky organized the event, entitled “Because we’re neighbours.” It was a delightful synergy of musical arts, fellowship and hospitality in anticipation of the arrival of newcomers to Canada and their neighbourhood.

Approximately 100 guests gathered around hot tea, a mountain of baked goods, and a shared commitment to hospitality in southern Manitoba in the name of Jesus Christ.

“I love what MCC does to help newcomers to Canada,” said Mierau Friesen. “So we wanted to help MCC and Build a Village make it easier for the new families to settle here. I can’t translate English into Arabic. I can’t drive anyone to get groceries or to appointments. I can’t help out during the day because I’m in school. But we could gather the community, play some music, and share some food and money. . . . So we did.”

Last November, Arisnel Mesidor, MCC Manitoba’s resettlement coordinator, visited MCI to tell students about the organization’s work in refugee resettlement in Canada and around the world. Students learned that a mere 1 percent of displaced people ever find permanent resettlement.

“We have to help . . . because we’re neighbours,” said Mierau Friesen. 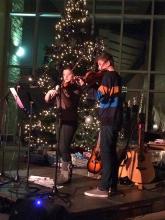