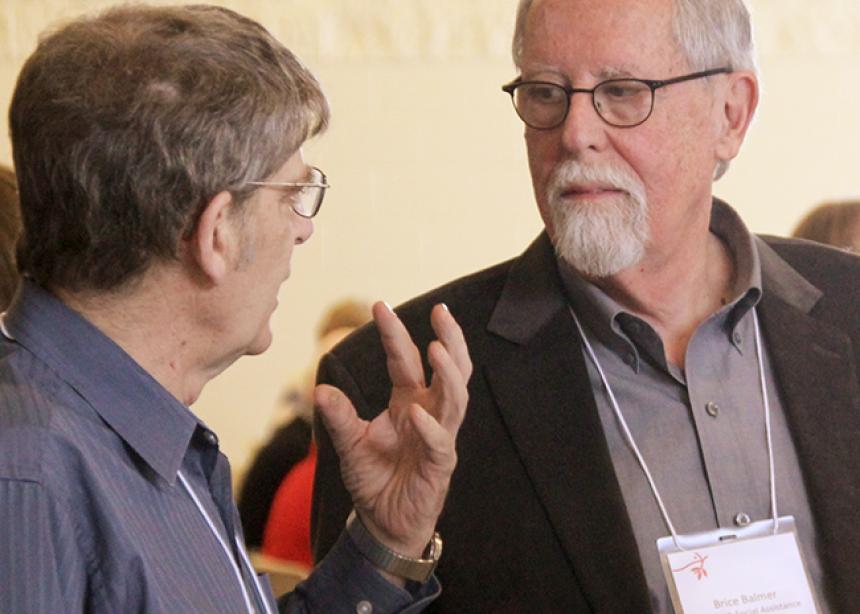 Helping those in lay and paid pastoral care roles better minister to their congregations, some of whom deal with issues of mental illness and addictions, was the goal of “Mental wellness,” Mennonite Church Eastern Canada’s annual pastors, chaplains and congregational leaders event held Jan. 16, 2016, at Steinmann Mennonite Church in Baden.

Brice Balmer, now teaching at Waterloo Lutheran Seminary and with a history in pastoral and chaplaincy work, spoke about the nature of addictions. With addicted behaviour—alcohol, tobacco, drugs, work and sex—often covering up, or responding to, trauma of various kinds, including abuse, he encouraged caregivers to speak of “people with an addiction,” instead of “alcoholics or drug addicts.

His presentation was followed by David Gingerich, a psychologist who works in private practice in Kitchener, and as a consultant with the Waterloo Region District School Board, who spoke more broadly on the nature and statistics around mental health.

With one in five Canadians experiencing a mental health or addiction problem in their lifetimes, he said that many in Mennonite congregations will experience such needs, either personally or as someone in their family, friend or care circles struggles with addiction or mental health issues.

A panel discussion moderated by Wanda Wagler-Martin, executive director of Shalom Counselling Services in Waterloo, tackled questions of how congregations can balance empathy and care with good boundaries around the needs of those with mental illnesses and addictions, as well as the needs of the rest of the congregation. Questions about counselling or medications, when to refer a congregant to clinical care, and language around “commit suicide” or “died of/by suicide,” were posed to the panel. Several participants shared poignantly of their struggles with personal mental health issues.

Rockway reduces stigma one tweet at a time
Small-town suicide 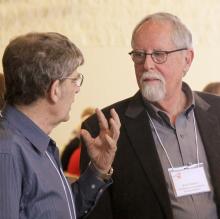