Programming at Assembly 2016 to include worship, workshops, social activities and integration of youth with adult sessions 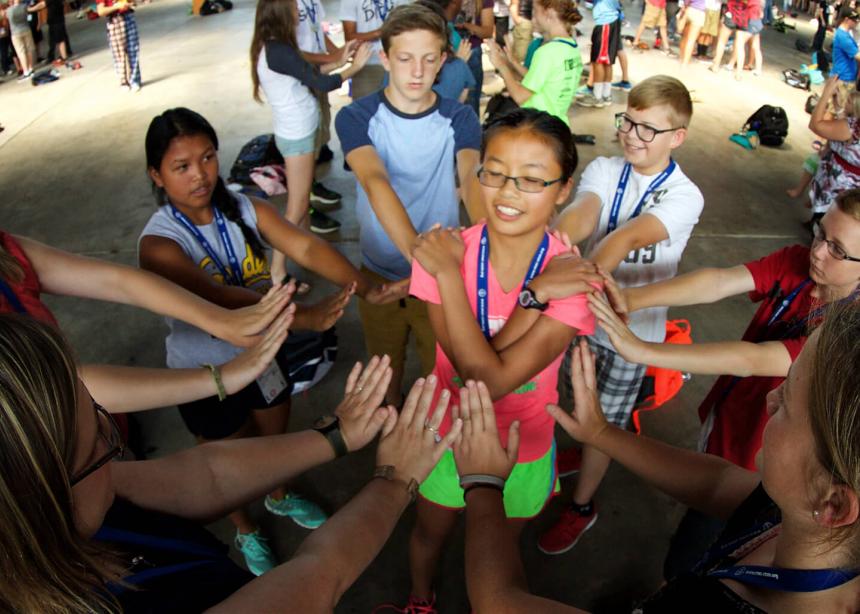 UPDATE: Youth Assembly 2016 has been cancelled, due to a shortfall in the number of registrations. See here for more information.

Kirsten Hamm-Epp has fond memories from past Mennonite Church Canada assemblies. When she was growing up in Altona, Man., her family planned their summer vacations around such gatherings.

“[My parents] always sort of instilled in me that it’s important to be involved, and that part of being the church is gathering with your church family,” she says. “That was really formational in terms of my faith . . . seeing that the Mennonite world was bigger than the southern Manitoba world I knew.”

The 26-year-old is eagerly anticipating “God-Faith-People,” the 2016 MC Canada assembly happening in Saskatoon from July 6 to 10. Hamm-Epp is serving as youth programming coordinator for the event, organizing the speakers, workshops and social activities that the more-than-200 youth who are expected to be there will experience as they unpack the theme scripture from Jeremiah 31:33: “This is the covenant . . . I will write it on their hearts; and I will be their God, and they shall be my people” (paraphrased).

Adopting the title #thecovenantcrew, the youth programming at assembly will explore what the theme scripture means through biblical covenant stories and characters. The speakers are two pastors from Abbotsford, B.C., who focus on youth and young adults in their ministries: Chris Lenshyn from Emmanuel Mennonite Church, and Reece Friesen from Eben-Ezer Mennonite Church.

“They bring a lot of creativity and energy to this,” Hamm-Epp says. “We’re hoping to model covenant, not just talk about it but be a part of living [it] out.”

The assembly’s location at TCU Place in downtown Saskatoon lends itself to the array of social activities Hamm-Epp is planning as part of the youth programming, including a pool party and movie night, opportunities to play Frisbee in a nearby park, and morning activities like yoga and Zumba.

Between sessions, youth will have the chance to play board and card games, as well as chat informally at a central space in TCU Place that organizers have dubbed the Hub. Youth will also spend an evening at Shekinah Retreat Centre, 45 minutes north of Saskatoon.

In recent years, youth assemblies have taken place every second summer, alternating years with adult assemblies. MC Canada leaders felt that with the topics the assembly will look at in July, including the final paper from the Being a Faithful Church process and the latest findings of the Future Directions Task Force, as well as boycott divestments and climate change, it was an ideal time to host an assembly that integrated both youth and adults.

While some of the worship, sessions and activities will be specific to youth, they will also integrate with adults for some discussion times, activities and meals.

“Being intergenerational is a meaningful way of expressing our faith,” reads a newsletter about the youth programming that MC Canada sent to churches in early December. “We want youth to know that they are not just the future of the church—they are an important part of the church today.”

Organizers want youth to be an integral part of the proceedings, and not merely an add-on. “The adults need to hear what the youth have to say this year,” Hamm-Epp says.

“Those were long days, but they were fun,” says Hamm-Epp, who also led a group of 35 youth and seven leaders to Harrisburg in her role as area church youth minister for MC Saskatchewan.

After her experience at MWC, she was eager to get involved with the assembly in Saskatoon.

“The chance to plan something that can be meaningful and impactful for our national church family is [humbling],” she says. “It’s a little intimidating sometimes to think about all the people you’re planning for and the impact your planning can have, but, for me, it’s a really big opportunity and not the kind of thing you want to turn down when it comes your way.”

The good work Hamm-Epp did at MWC made her a natural fit for the role of youth programming coordinator for the upcoming assembly, says Coreena Stewart, chief administrative officer and director of church engagement-administration at MC Canada. “She has a zest for youth and youth ministry, and the role youth play,” says Stewart, who is leading the planning for assembly. “She’s positive, upbeat and she’s plugged in as a young person.”

Hamm-Epp hopes the youth programming at assembly sparks a desire in the youth to attend future gatherings of the wider church.

“[My hope is] that the whole package can come together and offer an experience that [makes] people want to do it again.” 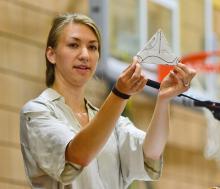 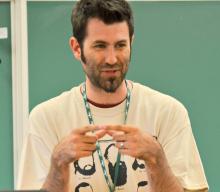