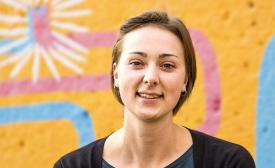 Millennials, born between 1981 and 2001, are known to be the first generation contending with technology and social media in our personal, professional and relational lives from the start. 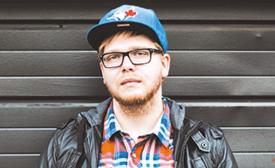 ‘In the last couple of years, I’ve been embarrassed to tell people that I went to church or was a Christian.’—Aaron Dawson (Photo courtesy of Angelika Dawson) 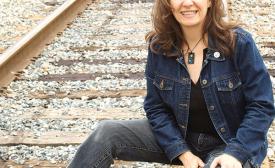 ‘I have also been deeply hurt by experiences in the church and have sometimes wondered why I stay. But I have stayed because, in the end, unlike Aaron, I find that it does matter to me. This is my tribe, warts and all.’—Angelika Dawson (Photo courtesy of Angelika Dawson) 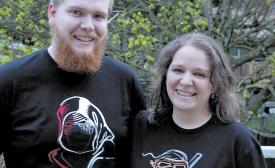 A lot has been said and written about millennials: What’s wrong with them? What’s influenced them? What does their future hold?

What does—and doesn’t—define us
Sometimes I think most of our Mennonite lay people, like myself, don’t realize how serious the Future Directions endeavour is that is going on right now. Many think that they are just another bunch of meetings, followed by numerous serious people making long, wordy pronouncements, and then, probably, not much will change. 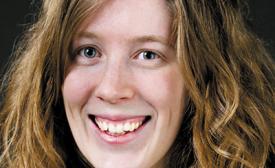 I heard this quote from Shane Claiborne at a conference in 2012, and it came back to me a few weeks ago at Mennonite Church Eastern Canada’s annual church gathering during a lunch meeting with leaders of youth. 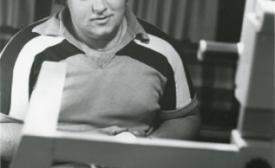 An idea mixed with passion and solid financial support were the ingredients that combined for a great accomplishment. In 1977 and ’78, young Bill Reimer from Winnipeg set out with elder statesman J.B. Toews  to cross North America in a truck and trailer microfilming congregational records.

I’ll never forget the moment that Bill came to sit with me in the penalty box. I was rather embarrassed. 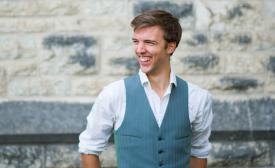 Hearing each other well is essential for being church. This is a delicate theme, because we aren’t doing it well. The effects of distance—both geographical and theological—are being felt within and among our churches.

Reading the responses we collected on our Emerging Voices Initiative (EVI) 2016-17 workshop tour, and reflecting on my experience, I notice two major threads: 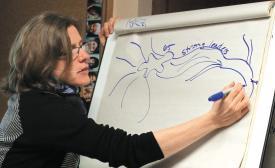 Where does one begin to renew a church? According to Betty Pries, the best place to start is with prayer, saying, “Finding our way through times of spiritual upheaval depends on spiritual renewal.” 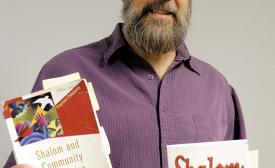 “I believe this is the defining issue of our time, how humans relate to creation.” 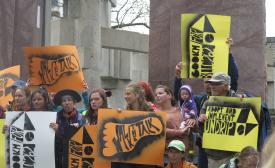 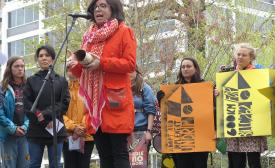 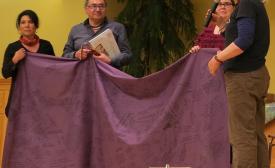 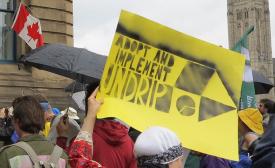 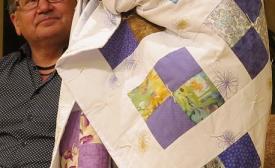 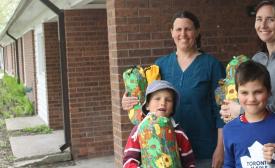 “The world has come to Gretna,” says Robin Neustaeter, a resident of the normally quiet town of 550 on the border between Manitoba and the U.S. On May 4, 2017, Manitoba’s Conservative government opened a “reception centre” in Gretna to provide temporary housing for asylum seekers who walk across the border in the area. 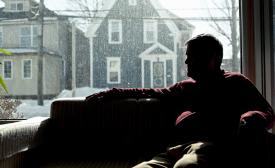 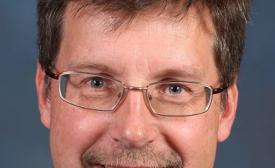 Mennonite Central Committee (MCC) welcomes the Canadian government’s announcement that it will provide nearly $7.5 million over five years to Circles of Support and Accountability (CoSA), which helps convicted sex offenders reintegrate into their communities. 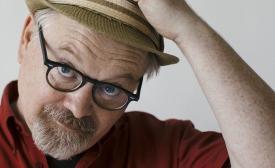 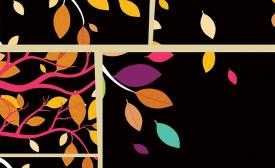 Craig Terlson is a real-life Bartholomew Cubbins. That is to say, he wears a startling number of hats. He is an erstwhile illustrator, present-day graphic designer, moonlight master chef, a one-time psychiatric nurse’s aide and a longtime writer of fiction. His debut novel, Fall in One Day, was released on May 16, 2017. 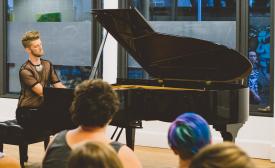 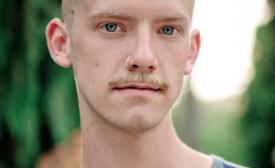 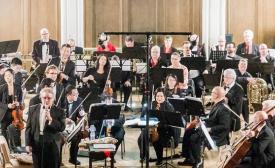 The Counterpoint Community Orchestra is an inclusive LGBTQ orchestra founded in 1984. (Tom@TomLegrady.com photo)

When a Toronto-based LGBTQ orchestra approached queer classical pianist Darren Creech about performing Victor Davies’ “Mennonite Piano Concerto” with it in concert, it didn’t realize what a perfect fit he would be.

Unbeknownst to the Counterpoint Community Orchestra at the time, Creech is Mennonite and he grew up listening to the piece. 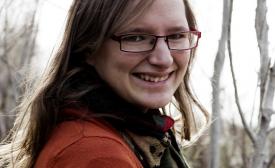 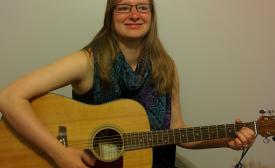 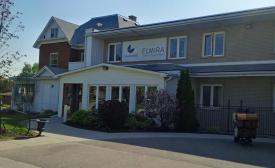 Danielle Raimbault’s first day of work as the chaplain at a residence for the elderly was a memorable one that quickly shattered her expectations.

When the 24-year-old arrived at Chartwell Elmira Long Term Care Residence in Elmira, Ont., a year ago, she sat down beside a resident and introduced herself.

“Did your mom give you permission to come here today?” the resident asked. 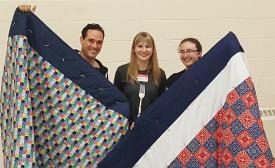 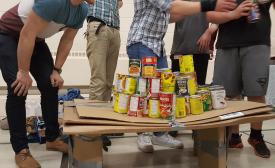 One of the games involved creating a structure that could bear the weight of cans of food. (Photo by Jonathan Seiling) 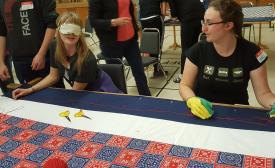 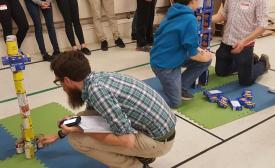 More than 30 youth from Mennonite Church Eastern Canada congregations in the Niagara Region gathered at Grace Mennonite Church in St. Catharines on May 12, 2018, for the “Hunger Relief Games.” Using non-perishable food items, plus items for Mennonite Central Committee (MCC) hygiene kits and two comforters, they played a series of five games.