Lessons learned from the elderly 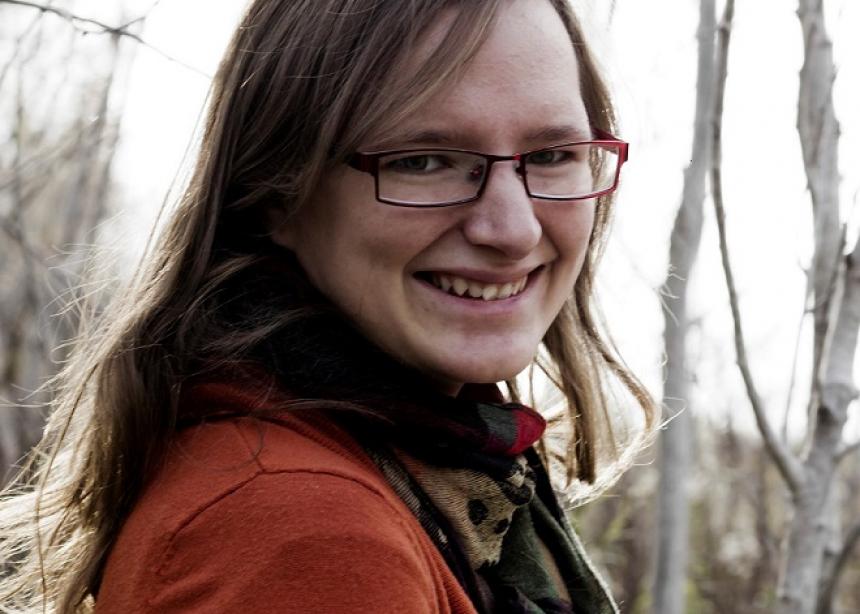 Danielle Raimbault’s first day of work as the chaplain at a residence for the elderly was a memorable one that quickly shattered her expectations.

When the 24-year-old arrived at Chartwell Elmira Long Term Care Residence in Elmira, Ont., a year ago, she sat down beside a resident and introduced herself.

“Did your mom give you permission to come here today?” the resident asked.

“Whereas I had come in with all of these expectations that I was going to be [her] spiritual guide, she saw me as a child,” Raimbault says, recalling the story with a laugh. “It was very humbling.”

Letting go of her expectations is something Raimbault has learned to do over the past year working one day a week at Chartwell Elmira, which is home to about 40 residents. Many of the residents live with dementia. As a result, Raimbault can have a wonderful conversation with a resident one week, only to come back the following week and have that resident yell at her to leave.

“Every day is going to be different,” she says. “Even though I have known them for a year, I’m still a stranger [to them] every time I walk into the room.”

Originally from Glenboro, Man., a small community located two hours west of Winnipeg, she now lives in Kitchener with her husband Justin. In addition to her work at Chartwell Elmira, she works part-time as the youth pastor at Listowel Mennonite Church. She is also an administrative assistant at Hawkesville Mennonite Church, and she is currently completing graduate studies in theology at Conrad Grebel University College.

Previously, Raimbault worked part-time cleaning seniors homes in order to support herself through school. It was that experience that sparked her interest in working with the elderly. “I enjoyed talking and hearing their stories so much,” she says. “I decided I would apply for [the chaplain] job and see what it was all about.”

Every time she visits the residence, she leads two fellowship hours—one on the first floor, and one on the second. The fellowship hours consist primarily of singing, sometimes with a short devotional. Afterwards, she goes around to visit residents one on one. Sometimes the visit consists of Raimbault holding a resident’s hand and singing to her or him. At other times, she will have a conversation with the resident and the two will pray for each other.

Along with learning to let go of her expectations, Raimbault has learned that she can’t go into her work at the residence with specific goals. At the beginning, she thought she would be leading the residents through profound spiritual experiences. Since then, she has learned that the spiritual moments she shares with residents might be something small, like shaking their hand or touching their shoulder as she greets them and wishes them the peace of Christ after worship.

“It’s just a completely different crowd, as opposed to doing ministry in a church congregation,” she says.

One of the biggest impacts that working at the residence has had on Raimbault is that it has caused her to think about death. “As a 24-year-old, I don’t tend to think about death very much, but as a chaplain, I realize death is a reality and people pass away quite frequently at my job,” she says.

Reflecting on the strong faith of the residents has inspired Raimbault in her own faith. “Family members will come in and talk about their mother or father or friend who is in the long-term care home, and I like hearing them say, ‘She was such a woman of faith,’ or, ‘She was so kind, she would let anyone into her house and make supper for whoever showed up,’” Raimbault says. “It’s made me think a lot about how people see my faith. . . . What am I doing in my actions that show my faith?”

Being a chaplain is hard work. She comes home from a day at the residence emotionally, physically and spiritually exhausted. “If being a chaplain was my full-time job, I don’t think I’d be able to do it,” she says.

At the same time, it’s rewarding. Raimbault recalls one elderly man with dementia whom she never heard speak or sing during her first three months at the residence. During fellowship hour one day, she launched into a song and the man began singing along.

“I forget which hymn it was, but he knew every word to all the verses and he sang them out,” she says. “Somehow, in the back of his mind, he knew all the words to that song. That was very powerful.” 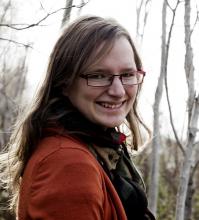 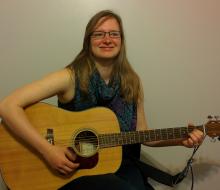