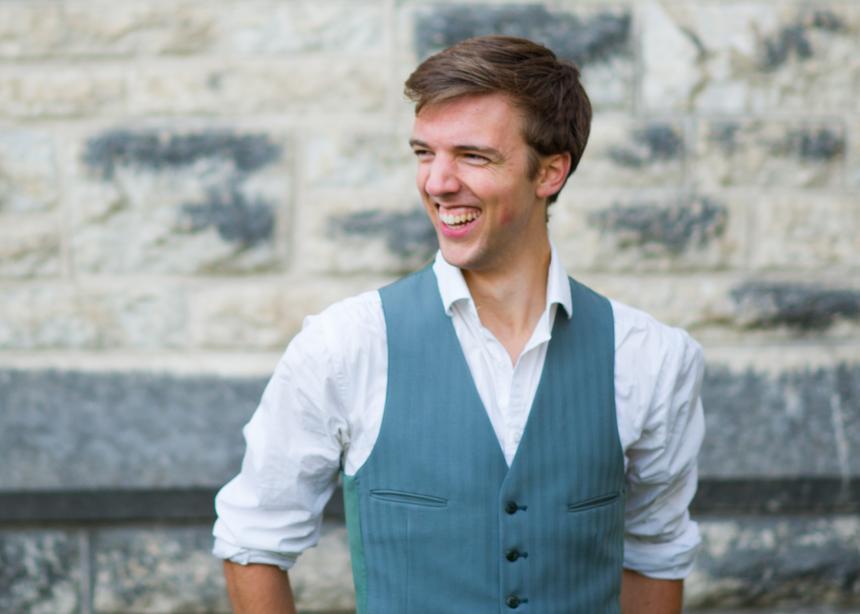 Hearing each other well is essential for being church. This is a delicate theme, because we aren’t doing it well. The effects of distance—both geographical and theological—are being felt within and among our churches.

Reading the responses we collected on our Emerging Voices Initiative (EVI) 2016-17 workshop tour, and reflecting on my experience, I notice two major threads:

• We feel strain in our relationships. We desire unity, but it’s hard work.

• We feel a disconnect between different “levels” of Mennonite Church Canada.

Relationships
If our workshops are any indication, almost all of us want unity and good dialogue in and between churches. The hard part is doing it.

At every workshop across the country, we heard desires for a church that acknowledges and respects differences, instead of emphasizing disagreement. Some named the Being a Faithful Church (BFC) process as a source of tension, others spoke in broader terms. The reaction to BFC shows where we are strained, but it’s not the whole picture.

• Allow each other to be different. (Alberta)

• [We] don’t want to lose our connections, relationships. (Ontario)

• Demand everyone think the same way.

• Value being right over personal relationships.

I imagine you’ve thought of a few counter-arguments. These might include:

• The people who bothered to show up to our events are like-minded. We’re only hearing one side.

• We base our dreams for the church—at least the ones we say out loud—on our ideal selves. In reality, people on both sides aren’t willing to put in the work.

There is truth in these critiques. To find truth in the hope as well as the cynicism, remember that hope isn’t naive. For every dream of unity we heard, there was also lament of broken relationships. Area churches have seen congregations leave. Congregations have lost members. Nobody said unity would be easy.

A personal memory from our tour stands out to me here. At our Abbotsford, B.C., workshop a participant asked, “One of the foundational questions for the churches that aren’t here today is the question of scriptural authority. Is there a way for that question to be engaged . . . that’s not adversarial?”

My response began with, “I wish I knew,” and then I rambled. Probably the most useful thing I said was, “The best way not to be adversaries is to be friends.”

To be friends, we need to realize that underneath every conversation about Scripture, theology or church institutions, there’s really nothing but personal relationships. MC Canada is not some far-off entity telling us how to read the Bible. It’s just us—it’s another way we’ve organized ourselves to do God’s work together. There’s no “they” and “we.”

Levels and connections
The personal nature of our church structures is where the idea of “levels” comes in. When we see the functions of area and national churches primarily as resourcing and decision-making, we lose the sense that we are all participants. We think MC Canada is distant from us or dictating to us. But what if we imagined that everything we do in our churches is part of what makes up MC Canada as a whole?

When we think in levels, we also tend to pin conflict on other groups—congregations that adopt different practices or MC Canada for allowing them to do so. But we need not look outside our church walls to find relationships that need work. Keeping ties between congregations and area churches could help us share and learn from each other as we do that work.

One could say the proposed new structure for MC Canada—with national priorities determined by regional executive leaders—widens the gap between levels by limiting delegate participation. I fear increasing disconnect to some extent. But I hope individuals and congregations might be freed to collaborate on national projects without feeling burdened by as many decision-making processes. I also hope regional leaders will find and connect churches in their respective regions that have similar goals or needs, giving them a reason to relate.

To hear each other well, we need to think of the church less in terms of levels. We might picture ourselves as part of a web in which relationships link each individual to every other through different modes of organization.

As EVI, we’ve tried to focus on being “glad to be church with you,” cherishing one another’s friendship and our core identity as disciples of Jesus in a changing world. Could this be a way forward?

To respond, visit emergingvoiceonline.wordpress.com/contact/.This is the first in EVI’s series of in-depth reflections on its 2016-17 workshop tour. The views expressed are the author’s and don’t necessarily reflect all of EVI.