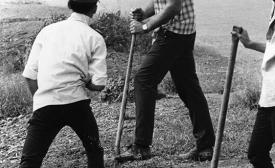 In 1967 Gary Dewarle of Saskatoon (in the checked shirt) helped to build a road at a refugee camp near Saigon, South Vietnam. (Mennonite Archives of Ontario photo)

Mennonite Central Committee (MCC) has long been part of the DNA of the North American Anabaptist church, linking us to the world and providing a sense of relation to “the least of these.” It has served as an informal seminary, immersing thousands of us in realities that have enriched us and, in turn, enriched our friends, family and the church. But that is changing.

Chris Brnjas, a young pastor from Ontario and a delegate to the Global Youth Summit held prior to Mennonite World Conference assembly last month, came back with a reminder that we are changing from an old, wel 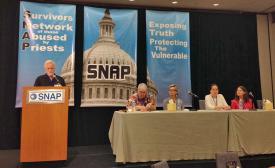 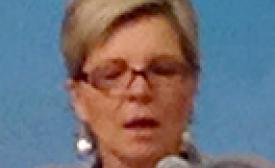 (The following article discusses a difficult topic in story form. All characters are fictional, although the events referred to are based on an amalgamation of true experiences.)

She went to her pastor for advice, not sex.

Life is never static. As I transition from eleven years of leadership with Mennonite Church Canada into a season of semi-retirement and new opportunities, I’m struck by the parallels between the endemic and essential aspects of change in personal life and in church life.

In fond farewell, I offer a few reflections on change for the church.

On a recent visit to extended family, I greeted my nephew’s wife Emily and their year-old son Kenneth. She immediately thrust her child out to me, introducing him to his “auntie from away.” Like a thirsty desert traveller, I drank in the sweetness of the youngest family member, who settled without protest into my eager arms, stranger though I was to him.

Hollywood loves a good surprise ending. My wife and I experienced that first-hand when we recently watched the Nicholas Sparks film, The Longest Ride. 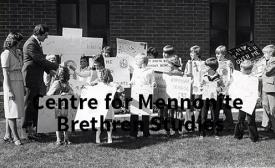 Photo provided by the Centre for Mennonite Brethren Studies.

A group of children from Orchard Park Bible Church in Niagara-on-the-Lake, Ont., carry signs celebrating the 200th birthday of Sunday school as Kathy and Alfred Guenther present keepsakes to the children. In 1780, Robert Raikes started Sunday school in Gloucester, England, as a way to teach lower-class children morals and religion. 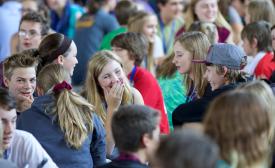 Among the activities the Canadian youth were engaged in during the MWC assembly was finding and chatting with someone they didn’t know. (Photo courtesy of Dave Bergen)

Thanks to a great deal of planning, the 310 Canadian young people and their sponsors had the “global experience of a lifetime,” according to Kirsten Hamm-Epp, area church minister in youth and administrative planning for Mennonite Church Saskatchewan, who was the prime mover behind the efforts to get the youth to Mennonite World Conference (MWC) assembly held in Harrisburg, Pa., last month. 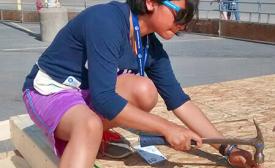 Prabidhi Pandey worked on the Mennonite Disaster Service project while at MWC assembly. She is a 14-year-old from Danforth Mennonite Church, Toronto. (Photo courtesy of Prabidhi Pandey) 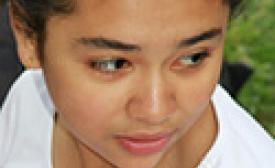 All the youth name tags at Mennonite World Conference assembly in Harrisburg, Pa., had “#J178” on them. Nobody gave much thought to it until 600 youth from around the world were gathered in a 24-acre space under the arena in the morning while the adults listened to the sermon in one of two daily worship services. 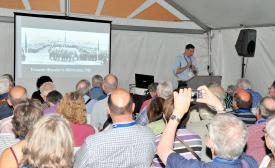 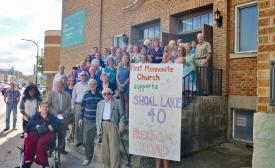 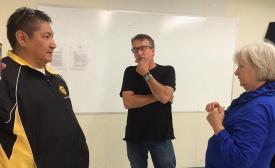 Erwin Redsky, chief of Shoal Lake 40, left, tells the story of his community to Steve Bell and Joy Smith. (Photo by Amy Knight)

A campaign of church signs supported by Juno-award-winning musician Steve Bell is calling on the federal government to address the longstanding injustice of Winnipeg’s water system.

In August 2015 Bell joined the chorus of voices asking the federal government to do its part in building a road that would connect the isolated community of Shoal Lake 40 with the Trans-Canada Highway. 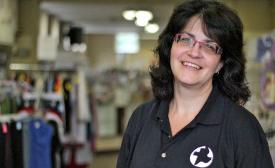 Karen Steckly manages the MCC New to You shop in Milverton, Ont. (Photo by Katie Steckly)

There’s never a dull moment at the thrift shop. Whether it’s a truckload full of donations five minutes before closing or a till that needs balancing, Mennonite Central Committee thrift shop managers are always on the go. But sometimes there are unexpected duties to attend to at the local thrift shop. 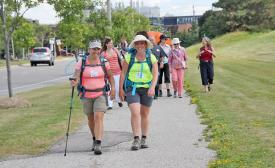 Christine Brubaker (left) and Erin Brubacher walk the last kilometre of 700 as they approach the Brubacher house on the grounds of the University of Waterloo. An invitation had gone out and a number of people joined them for the last hour of the journey. (Photo by Dave Rogalsky)

Erin Brubacher and Christine Brubaker are seventh cousins, more or less. Before their 700-kilometre walk from Brubaker Valley Road in Lancaster, Pa., to the historic John E. Brubacher House in Waterloo, Ont., they discovered a common ancestor, Hans Bruppacher, born in Switzerland in the 1600s. Erin comes from the Abraham Brubacher line and Christine from the Hans Brubacher line. 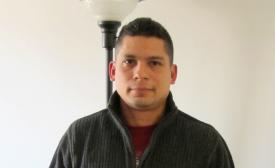 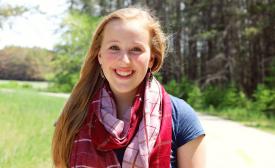 Javier and his family arrived in Winnipeg in November of 2013, on the brink of Winnipeg’s coldest winter since 1898, a bone-chilling change from their Colombian homeland, where the temperature rarely drops far below zero.

The cold was a small price to pay for safety, though. The family fled Colombia to save their lives. 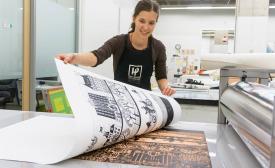 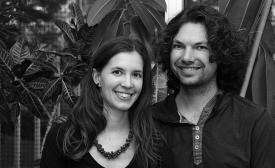 Miriam Rudolph and Terry Hildebrand met 11 years ago while studying fine arts at the University of Manitoba. (Photo courtesy of Miriam Rudolph) 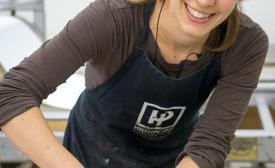 Rudolph is an accomplished printmaker currently working on her Master of Fine Arts degree at the University of Alberta. (Photo courtesy of Miriam Rudolph) 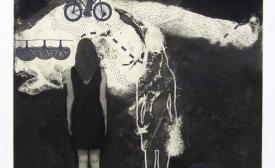 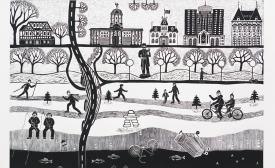 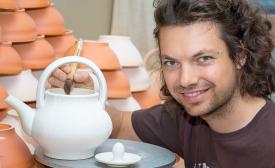 Originally from Winkler, Terry Hildebrand earned a Master of Fine Arts degree with a focus on ceramics from the University of Minnesota. (Photo courtesy of Miriam Rudoph) 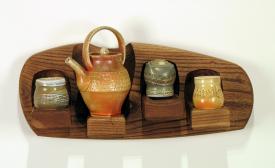 From Winnipeg to Minneapolis to Edmonton, Terry Hildebrand and Miriam Rudolph’s journey together as artists and life partners has taken them to a variety of different places. 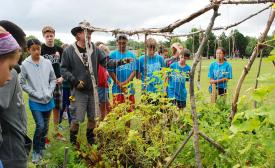 Just as the ripples from a stone thrown into a body of water move outward from the centre, so too the effects of one person acting in and for peace affect many around them, sometimes in surprising and unexpected ways. Conrad Grebel University College’s fifth annual summer camp for youth between ages 11 and 14 ran August 10 to 15, 2015, at the college’s Waterloo campus.