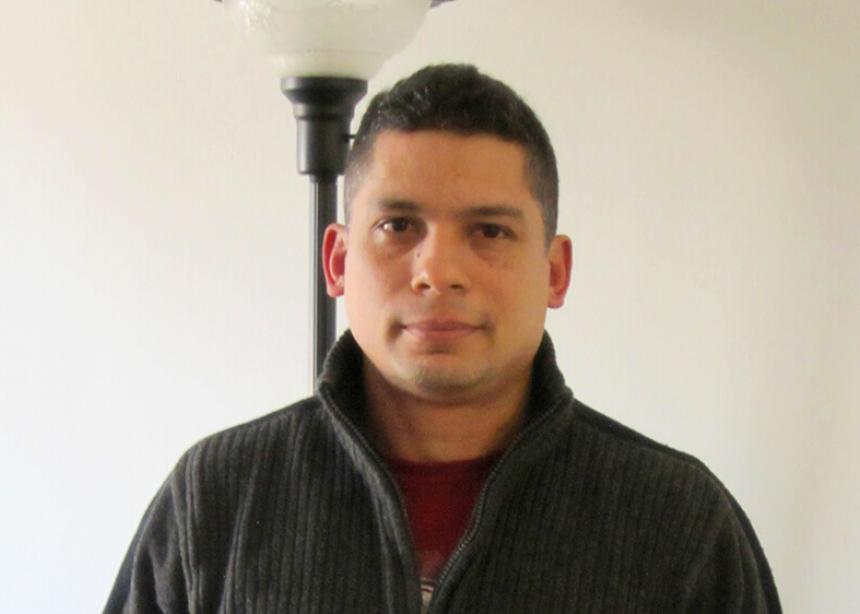 Javier and his family arrived in Winnipeg in November of 2013, on the brink of Winnipeg’s coldest winter since 1898, a bone-chilling change from their Colombian homeland, where the temperature rarely drops far below zero.

The cold was a small price to pay for safety, though. The family fled Colombia to save their lives.

Javier, his wife, Luz Merys, and their three daughters had been displaced from their home in northern Colombia to the capital city, Bogotá, where they knew no one. They are among 5.7 million Colombians, more than 10 percent of the population, forced to leave their homes because of conflict and violence, according to a report released by the Norwegian Refugee Council in 2014.

Javier’s family was forced into hiding after a paramilitary group took Luz Merys’s family farm. When her father complained, the group threatened to kill her family. They had to escape.

When the family started attending a Mennonite church in Bogotá, they were connected with sponsors from Winnipeg, including the Charleswood Refugee Ecumenical Sponsorship Team (CREST). These sponsors, including Charleswood Mennonite Church, made it possible for Javier’s family to move to Winnipeg, by helping pay for flights, arranging initial housing and paying for rent, groceries, and supplies for the first year. They also connected on a personal level, showing Javier’s family around Winnipeg and helping them adjust to the many changes of culture.

Javier and his family now live in a building of 66 apartments for newcomers run by the Immigrant and Refugee Community Organization of Manitoba (IRCOM). The organization also provides programming to help refugees and immigrants integrate into Canadian society.

But the transition to a new life is not easy. “I miss everything in Colombia,” says Javier. “Nobody wants to be… kicked out of their country.”

Challenges in a new country

One of the biggest difficulties is the language barrier. Javier takes English classes, however, he avoids having conversations with many people because of his limited ability.

“What will I answer them?” he asks. Even taking the bus, which is necessary for the family because they have no car, is intimidating when English is a challenge. Even in IRCOM House, communicating takes effort; Javier’s family is currently the only family that speaks Spanish. But despite the differences, he says they are all “like a family, a big family in this big building.”

Javier and his family have also found community in Charleswood Mennonite Church, where they attend regularly. The church gives them a chance to interact with English-speakers and develop friendships with non-immigrants, like Rudy and Ruth Friesen, who sponsored their emigration from Colombia and greeted them at the airport when they first arrived.

After less than two years in Winnipeg, Javier and his family still experience new challenges, even with support systems. Javier and his wife are expecting a baby girl in April. It is exciting, but also daunting, because they know English will surround them in the hospital.

Javier may not speak English fluently, but he’s certainly not voiceless. He wants people to know how much newcomers like him value life in Canada and the opportunities that come with it.

“Immigrants are people who have dreams. They came here to work, to study, to have a better life for them and their families,” Javier says.

“This is our country now too. And we love it. We love Canada.”

(The surname of Javier and his family has been withheld from publication because of their experience with the paramilitary group in Colombia and their concern for safety. Large portions of this interview were translated by Luis Diaz, who immigrated to Canada from Cuba five years ago. He is a friend of Javier’s family.)

See others in the series:
CMU graduate from Kenya wants to make a difference at home
Home Depot and a dog named Flash
Staying close to God
A different way of thinking
A ray of sunshine in the classroom
Hoping for strength and unity in spite of disagreements