Barack Obama invoked Abraham Lincoln in Thursday's speech in which he accepted his party's nomination for president.

What a revealing end to a disturbing political convention. 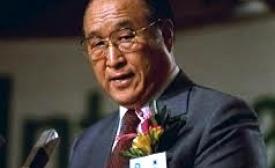 The Rev. Sun Myung Moon, revered as a messiah within his Unification Church but regarded by many others as a vain and enigmatic man who blessed mass weddings, built a sprawling business empire and presided over a personality cult, died on Monday (Sept. 3) in South Korea. He was 92.

A bail hearing is set for today, Aug. 28, in Islamabad in the case of a girl charged with blasphemy for allegedly burning pages of the Quran, Islam's holy scriptures. 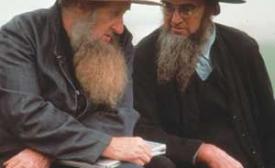 Law officers testified Wednesday (Sept. 5, 2012)  about the chaotic and bizarre scene they discovered the night of Oct. 4, 2011, when they arrived at the Holmes County, Ohio, home of Raymond Hershberger, a 79-year-old Amish bishop. 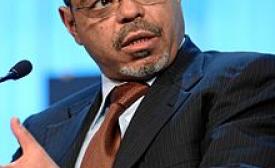 The leader of the Ethiopian Evangelical Church has urged citizens to observe peace, love and tolerance as the country mourns the death of Prime Minister Meles Zenawi. 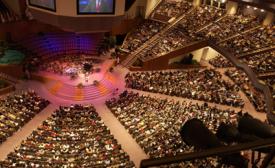 Maybe religion really is the opiate of the masses – just not the way Karl Marx imagined. 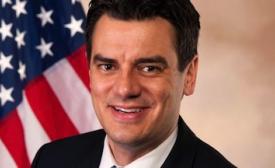 OK, so like I'm on vacation in Maine and you're pondering the fate of Rep. Todd Akin (R-Mo.), but what would we do without those crack investigative reporters at Politico, Jake Sherman and John Bresnahan?

The United Church of Canada, the country's largest Protestant denomination, has approved a recommendation to boycott products produced in Israeli settlements in occupied Palestinian territory.

The intent is to bring pressure to bear on the government of Israel to stop expansion of the settlements and end the occupation. 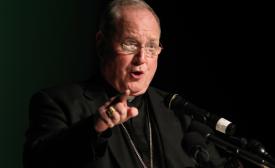 Cardinal Timothy Dolan of New York, president of the U.S. Conference of Catholic Bishops, has said talks with the White House over a proposed contraception mandate are "going nowhere." --RNS photo by Gregory A. Shemitz

New York Cardinal Timothy Dolan defended his invitation of President Obama to the annual Al Smith Dinner in October, saying he is trying to encourage civility and dialogue amid a bitter battle with the White House over abortion rights and access to contraception. 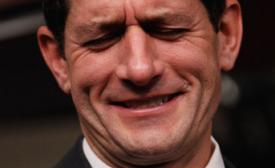 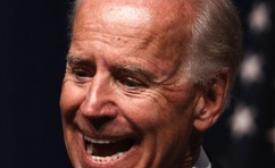 A Vermont jury found an Amish-Mennonite pastor guilty Tuesday (Aug. 14) of abetting an international kidnapping to keep a young girl from her lesbian parent.

A Moscow court  found three members of the feminist punk band Pussy Riot guilty of "hooliganism motivated by religious hatred" today (Aug. 17) for a guerrilla performance in Moscow's main cathedral last February. They were sentenced to two years in a penal colony. 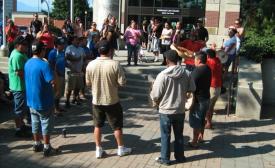 Sto:lo Drummers and Activists Rally in Front of the Chilliwack Court House on July 26. On July 25, the prior day, Kwitsel Tatel and her son, Kwiis Hamilton, were both jailed and penalized for her decision to drum and sing her evidence into Court dressed in Aboriginal regalia.

In another of many court trials for Kwitsel Tatel, the aboriginal mother of two charged with illegal possession of fish, was jailed here July 25, along with her son, before the trial began.  Kwitsel had shared her story at an Assembly 2012 workshop at the invitation of Professor Anthony Hall, an expert witness on her behalf, and Steve Heinrichs

Africa has topped the list of most devout regions of the world, with 89 percent calling themselves religious, according to a worldwide poll called "The Global Index of Religiosity and Atheism." 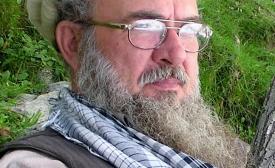 Gray skies sputtered rain into the muggy Ohio afternoon as friends and family gathered for the memorial service for Alfred Geiser on Aug. 5. The organist played "When Peace Like a River" as more than 500 people filled the pews at Kidron (Ohio) Mennonite Church.

While governments and corporations may paint a rosy picture of Colombia, some facts are worth bearing in mind. Colombia’s continual internal armed conflict perpetuates serious human rights abuses by guerillas, paramilitaries, and the state military. 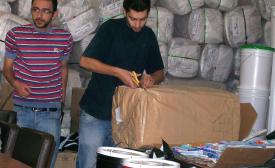 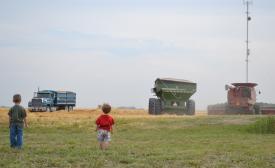 The wonder of it all!

With a record donation to Canadian Foodgrains Bank, members of the Niverville and District growing project have reason to celebrate.

As president of one of the nation's largest family owned businesses, Chick-fil-A's Dan T. Cathy represents the next generation of leadership for the Atlanta-based quick-service chicken restaurant chain founded by his father, S. Truett Cathy. There are presently 1,600 franchise units across the US.

Billy Graham, usually silent since he retired to his cabin in the beautiful North Carolina mountains, has come out roaring this week. Days ago he decried America’s spiritual decline.

A top church historian has said he believes Christianity faces a "bright future" worldwide, but predicted the Roman Catholic church will undergo a major schism over its moral and social teaching. 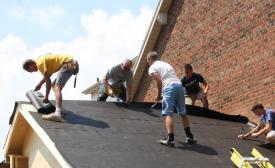 Members of the Warwick River Mennonite Church youth group and their leaders work on the roof at the Hamilton Welcome Inn as part of the MDS Summer Youth Build. --Photo by Dave Rogalsky

It was a hot Southern Ontario day in July but the crew from Warwick River Mennonite Church in Newport News, Virginia felt that the humidity was nothing compared with home. They were there as part of Mennonite Disaster Service’s 2012 Youth Summer build in the north end of Hamilton. 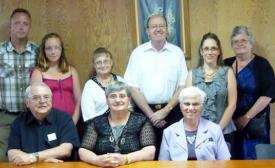 Sunday, June 24, was a special Sunday for the St. Agatha (Ont.) Mennonite congregation.  Our Church Membership Sunday welcomed persons through baptism, membership by confession of faith, affirmation of membership, and membership by transfer from other congregations. Persons being received into the congregation invited neighbours and friends to join them. 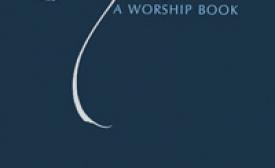 “The Love of God” is the song most sung in Canada and the US in the Hymnal:  A Worship Book and their two supplements, Sing the Journey and Sing the Story, reports Amy Gingerich, director of print media for MennoMedia and co-chair of the Bi-National Worship Council, from a nine-month survey of songs-most-sung.