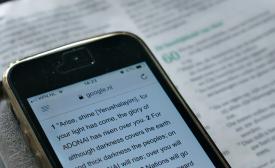 A while back, a friend pondered whether it is possible to have a meaningful experience of church primarily through digital means. I doubt it. But that got me thinking about how much of our congregational experience is lived digitally. 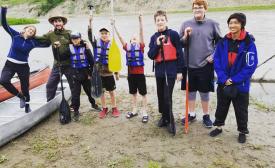 I have worked at Camp Valaqua for a total of six summers, and this summer I am back on staff after being away for a few years.

Valaqua is a place where I learned many things. It was my first job. I learned how to work with a large group of people cooperatively. Valaqua is a very isolated place, so I got a taste for what it is like to live in close community. 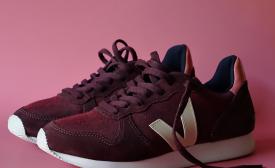 Elise Epp’s sneakers are ethically and sustainably made and sourced. (Photo by Elise Epp) 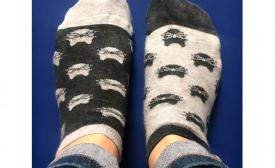 Elise Epp’s socks are made of certified organic cotton. (Photo by Elise Epp) 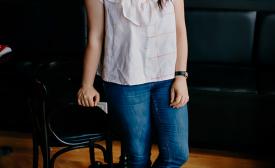 Elise Epp’s shirt, jeans and shoes are ethically and sustainably made and sourced. (Photo by Krista Hawryluk)

If you wear clothes, then you need to care about how they were made and who made them. Even if you aren’t interested in “fashion.” Even if it means giving up your favourite stores and finding new ones. Even if you think it won’t be available in your budget, style, or size (it is).

How do you get over these hurdles? Connect it with something you’re already passionate about. 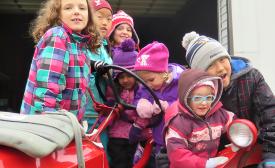 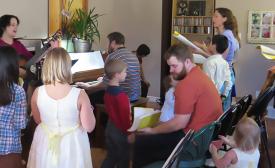 The West Hills congregation gathers for worship in a home on their ‘in’ Sunday. (Photo courtesy of West Hills Fellowship)

Two years ago, West Hills Fellowship, in Baden, Ont., faced up to its small-church realities. It had lost some families for a variety of reasons, and found it challenging to run programs and Sunday morning worship services.

That’s when the congregation tried a “messy church” model. 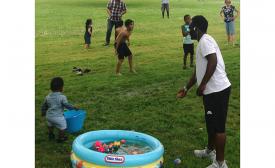 Children and adults play games at Grantham MB Church in St. Catharines. (Photo by Jared Both) 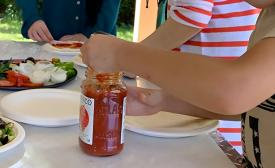 Children make pizzas with the vegetables they harvested. (Photo by Yaneth Londono)

Connecting with children can be a rewarding experience. When someone says thank you, it feels good. 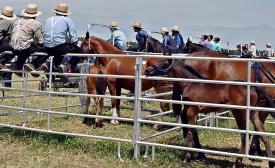 Horses were among the items for sale at the Amish school auction. (Photo by Se Yim) 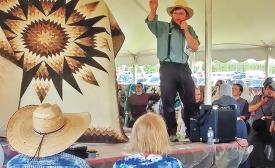 Quilts were an important part of the Milverton Amish school sale held on July 20. (Photo by Se Yim) 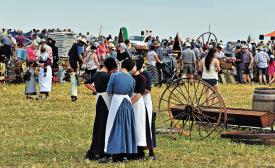 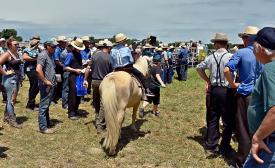 The local Amish in their straw hats made up a big part of the crowd, but there were also lots of other bidders and onlookers. (Photo by Se Yim) 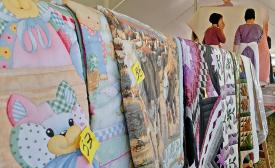 Rows of quilts wait to be auctioned. (Photo by Se Yim)

Each summer, on the third Saturday of July, the Milverton Amish communities organize a large auction to raise funds for their parochial schools. Hosted on Amish farms throughout the community, this year’s sale, held on July 20, was sprawled across a recently harvested hayfield on the Kuepfer farm north of Milverton. 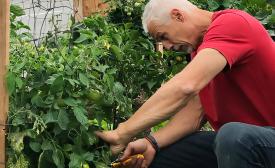 It’s been said “there’s no such thing as a free lunch,” but it turns out there is at Emmanuel Mennonite Church. 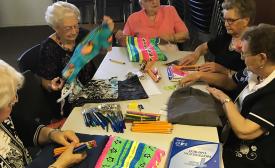 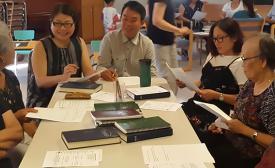 Members of Regina’s Grace Mennonite Church spent the month of August studying a single Scripture text. Using Lectio Divina, they listened to the text, meditated on it and responded in table groups. (Photo by Rose Graber) 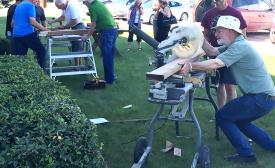 Members of North Star Mennonite in Drake build picnic tables for a nearby hospital and seniors residence as part of Sunday worship devoted to service. (Photo by Heidi Martens) 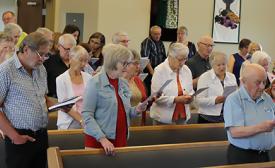 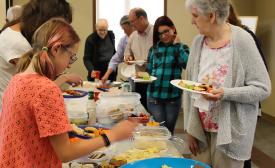 When summer comes, many churches experience a drop in attendance. But being fewer in number can be an opportunity to try new forms of worship. 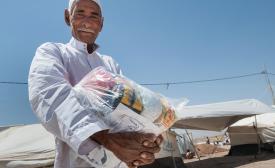 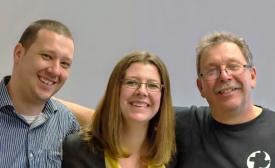 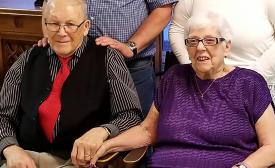 Laverne and Elaine Lebold, pictured in 2018. (Photo courtesy of the Lebold family) 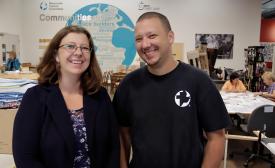 Bob Lebold made his first donation to Mennonite Central Committee (MCC) when he was about 10 years old. It was Christmas, sometime in the late 1960s, when he tagged along to the MCC centre in Kitchener with his mom Elaine, who was the material aid supervisor. His task was to help sort and bale clothing to be shipped overseas. 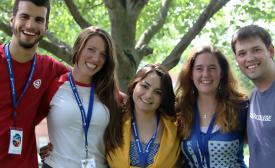 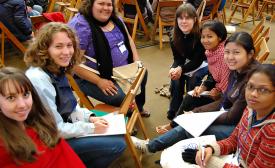