Expect to have your worldview challenged 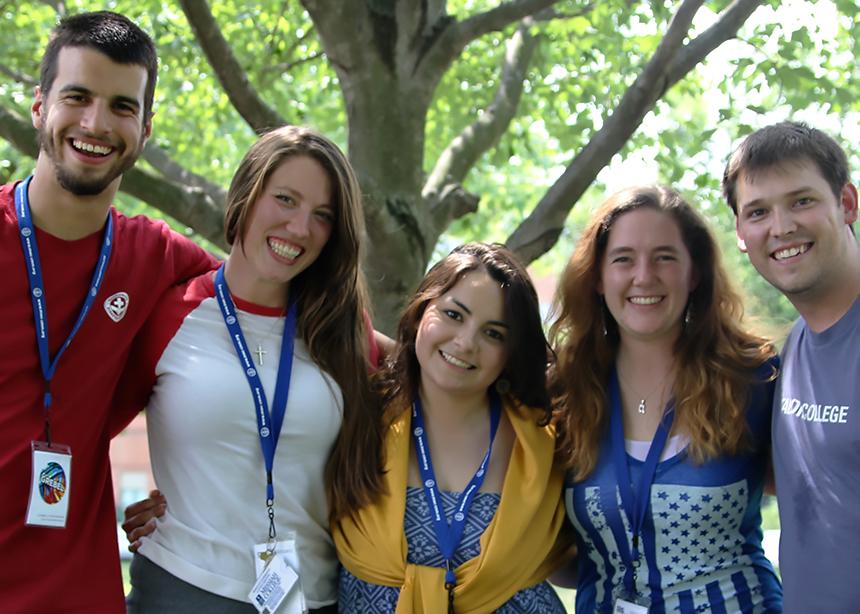 Past delegates for MC Canada said they truly enjoyed their experience connecting with members of the nationwide church prior to attending the summit, and then taking part in the global gathering.

Chris Brnjas is one of them. He attended the 2015 Summit in Pennsylvania as a delegate for MC Canada.

Brnjas, who attends The Gathering Church in Kitchener, Ont., and works for Mennonite Economic Development Associates as an associate development officer, was given the task of surveying youth and young adults across Canada ahead of his participation in the summit.

“I think I got a stronger sense of what it means to be a Mennonite and an Anabaptist,” he said. “I got to see and understand the perspectives of Mennonites and Anabaptists from other parts of the world, too.”

Brnjas said there are a number of qualities that are are important in a GYS delegate:

He thinks this applies to both attending the summit and researching the regional and nationwide churches ahead of participating.

Brnjas prepared a survey that he sent out to various churches, pastors in key churches, and to other Mennonite networks, in order to help him understand the things young people were interested in and concerned about.

On top of it all, Brnjas said the experience was an opportunity to build great friendships. He made a number of friends he still connects with on Facebook.

And his wife Rachel met one of her closest friends at the Global Youth Summit. “They Skype each other regularly,” he said. “She’s come to Ontario and Rachel’s gone to Germany, so there’s potential to make deep, continuing relationships.”

Kristina Toews took part in the GYS as a delegate for MC Canada in 2009, when it was held in Asunción, Paraguay. After that, she was nominated to serve on the Global Youth Taskforce representing North America and as the North American representative for the Young Anabaptist Mennonite Exchange Network.

Toews lives in Abbotsford, B.C., and is a member of Eben-Ezer Mennonite Church. She has worked for MWC since 2013.

“The church is far bigger than I ever imagined,” she said. “There’s millions of Christians around the world, but to be in one place where you can meet Christians from all over, it was life-changing. It opened my eyes to see things in a whole different way,” she said.

Toews said the friendships she made during the summit changed the way she sees the world.

In 2009, when more than 1,400 people were killed in the Philippines following Typhoon Ketsana and Typhoon Morakot, Toews and the other delegates were concerned about the friend they had made from the area. “It wasn’t just a news story, it was personal,” she said. “All these delegates were talking to her, asking her what they could do. It made it more real than another disaster on the news.”

As global politics become more and more “us versus them,” Toews believes gatherings like GYS 2021 are important.

“Expect to have some part of your worldview or the way you think to be challenged, to be changed,” she said “If you’re open to talking, to building friendships, it can be a big blessing to be able to talk to people we disagree with, but still have a relationship and learn from each other. It feels more necessary every year with how polarizing things get.”

Whoever the 2021 delegates end up being, Toews and Brnjas said a few things are important to keep in mind.

Toews said it’s important to be open: “It’s hard to try to connect with people from across the country or across your region. Be open to try. It’s a good excuse to build new relationships.”

Brnjas said delegates should be themselves: “Have as much fun with it as you can. Bring your creative energy. Don’t settle for merely the expectations of what’s expected of you. Bring your own flavour and what you think will be beneficial to the role.”

To apply to be one of the five regional representatives, visit home.mennonitechurch.ca/GYS2021. 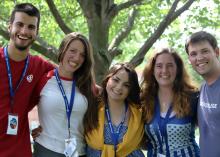 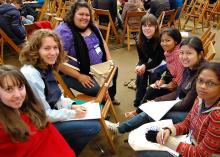