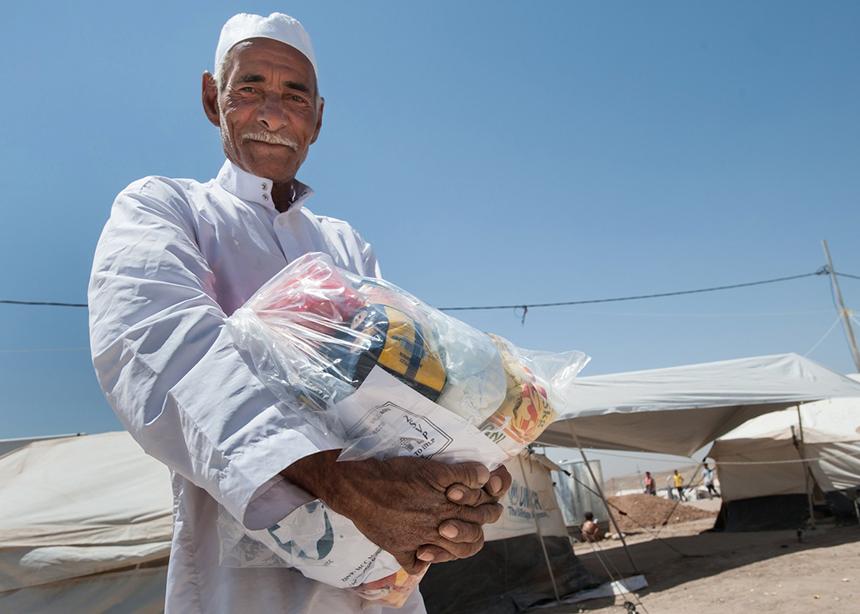 Indeed, if there is anything about Mennonites in Canada worth celebrating, it is that many of them care about their communities and are often found supporting local and international organizations that improve the lives of others.

In advance of Mennonite Heritage Week, here are some organizations that express values important to Mennonites.

• Mennonite Central Committee (MCC) is a worldwide ministry of Mennonite churches that responds to basic human needs and works for peace and justice. It began in 1920, when Mennonites in Canada and the United States came together to form one organization to help starving Mennonites in Ukraine. As well as distributing food aid, blankets and health care items, MCC works at supporting the health, welfare and education of disadvantaged people in Canada and around the world.

• The Canadian Foodgrains Bank was formed in 1983 as a way for grain farmers in Canada to donate a part of their crops to feed hungry people. Today the Foodgrains Bank is a partnership of 15 church-based aid agencies supported by a wide variety of Christian denominations who work together to respond to food emergencies around the world. The government of Canada provides the Foodgrains Bank four-to-one matching contributions up to $25 million. As well as providing emergency food assistance, the Foodgrains Bank also works at helping people grow their own food and providing nutritional support for those who are malnourished.

• Communitas Supportive Care Services operates in 33 locations in British Columbia, with many residential homes and day programs to improve the skills of those living with disabilities. It also provides respite care for families. The organization began in the 1970s with two group homes to provide a home-like environment committed to treating its residents with dignity and respect. In the 1990s it also began providing support to those living with mental illness. Today it provides person-centred care for 500 individuals.

• Project Ploughshares works with churches, governments and civil organizations in Canada and around the world to promote peace and prevent armed violence and war. It is a research institute that provides expert analysis in situations of conflict, headquartered at the Centre for Peace Advancement at Conrad Grebel University College in Waterloo, Ont. Project Ploughshares works under the umbrella of the Canadian Council of Churches.

Ploughshares was never an MCC program , but Ernie Regehr, one of its co-founders, had served with MCC in the years immediately before officially beginning Project Ploughshares in 1976. The peace and conflict studies program at Grebel, a Mennonite institution, has benefitted from having the Project Ploughshares office on campus.

• Christian Peacemaker Teams (CPT) sends its people into situations where local communities are confronting potential violence as they defend their rights and work against oppression. CPT members observe and report on human rights violations and accompany local peacemakers in situations of conflict. CPT was organized in the mid-1980s as members of the historic peace churches, including Mennonites, were developing new ways to express their faith and their commitment to peace.

• The Edmonton Mennonite Centre for Newcomers provides assistance to newcomers to Canada as they struggle to learn English, find work, access services and to feel at home in the community. It was begun by a group of churches in the Edmonton area, together with MCC Alberta in 1980.

• In 1988 a Centre for Newcomers opened in Calgary in response to the many refugees fleeing civil wars in Central America. It also began as part of MCC Alberta.

• Maison de l’Amitié (House of Friendship) is a community centre in the heart of Montreal that works to foster community by helping immigrants and others develop language skills and employability. House of Friendship was established in 1973, at first organizing events for young people and providing a daycare for underprivileged families. When the daycare became autonomous and moved out in 1994, House of Friendship broadened its work with refugees. In 2005 the top floor was renovated to provide a community-focused student residence. Maison de l’Amitié was founded in partnership between MCC and the Mennonite Conference of Ontario and Quebec (now Mennonite Church Eastern Canada).

• The Mennonite Coalition for Refugee Support provides newcomer assistance in Kitchener. It was organized as an official non-profit organization in 1987 to help refugee claimants get re-settled in Waterloo Region as they faced complex challenges in dealing with the legal system, learning English and finding housing and jobs. The roots of the coalition go back to a sub-committee of MCC Ontario that grew out of concerned individuals from four local Mennonite churches.

• Ten Thousand Villages (TTV) provides a market for artisans in developing countries to sell their products and receive a fair income in exchange. Originally called SelfHelp Crafts, the organization grew, developing new stores in many locations across Canada and the United States. In more recent years, some stores have closed as shoppers have been buying more products online.

The roots of TTV go back to the very beginning of the fair trade movement. In 1946 Edna Ruth Byler, who was working with MCC, brought needlework made by women in Puerto Rico to North America and began selling it to her friends, neighbours and people at church. At first it was called the MCC Self Help Program, but after some years it became an independent organization.

• Thrift shops are one way to recycle as household items, clothing, books, furniture and other items are given another life and raise money at the same time. The very first MCC thrift shop began in Altona, Man., in 1972, as a creative way to deal with donations of used clothing. MCC had been sending used clothing to Europe after the Second World War, but by the 1970s it was no longer needed. Today the 48 MCC thrift shops across Canada provide a major source of revenue for MCC.

• Community Justice Initiatives began in Waterloo Region in 1974, when two young Mennonite probation officers, Mark Yantzi and Dave Worth, suggested that some young offenders who had vandalized property should apologize and make restitution rather than go to jail. This was the first court-sanctioned restorative justice process bringing together victims and offenders. Community Justice Initiatives began under the umbrella of MCC in 1974 and became a separate charity in 1982.

• Circles of Support and Accountability (CoSA) is a restorative-justice program for those who have committed serious sexual offences. Trained volunteers from the community meet regularly with sex offenders to help them integrate into society after their incarceration has ended. There is evidence to show that when volunteers help the offender with practical needs and provide emotional support, communities are safer, because the rate of recidivism is significantly reduced.

The CoSA program began in 1994 with Harry Nigh, a Mennonite pastor in Hamilton, Ont., who organized a group from his church to support a sex offender about to be released. CoSA can be found across Canada, including in Saskatchewan, where MCC works with restorative justice organizations in Prince Albert and Saskatoon, and with CoSA South Saskatchewan.

This list is by no means exhaustive. Is there an organization with Mennonite roots, or an organization that expresses values important to Mennonites, that is close to your heart? Let us know in the comments section. 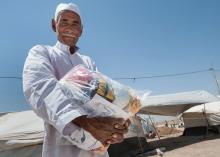 Hands-on help by folks in the pew that transforms both giver and recipient.

I’m Christian, but not Mennonite. I haven’t heard of all of these agencies, but I support some of them as much as I can. The restorative justice ones, especially, were new to me. They sound great!

Do not forget MCC Housing Society in British Columbia, which changed its name to More than a Roof Mennonite Housing Society. It is a non-profit housing provider for low income individuals and families. In addition to affordable housing, it offers addiction recovery and mental health support.

Mennonite Economic Development Associates (MEDA) - working to create lasting and sustainable solutions to poverty through businesses around the world. Many of the businesses are run by women and provide dignity and an income.

Another one is Mennonite Community Services of Southern Ontario, located in Aylmer, Ont. They facilitate, advocate, and promote mutual inclusion and integration of newcomers. They work with the large Low German speaking population in that area, but also offer services to the whole community, faithfully linking resources with needs.