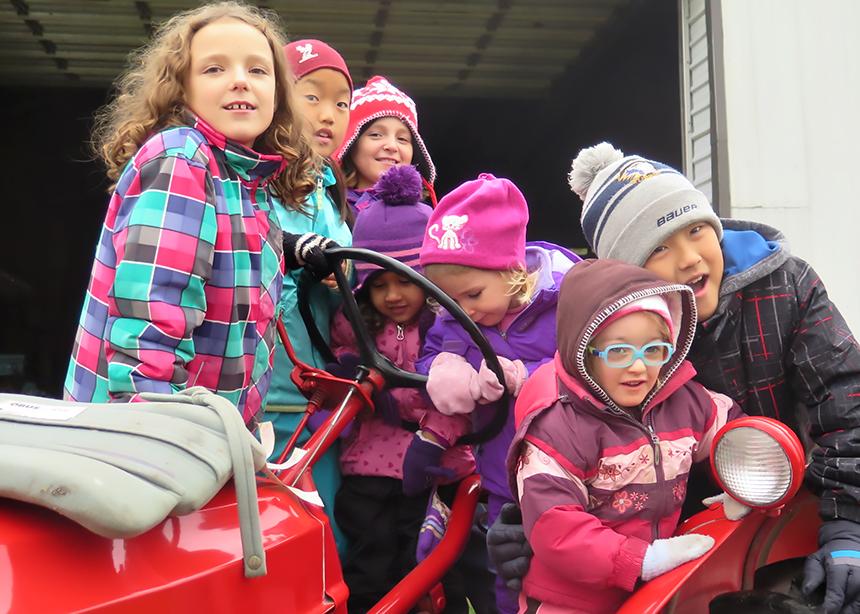 Two years ago, West Hills Fellowship, in Baden, Ont., faced up to its small-church realities. It had lost some families for a variety of reasons, and found it challenging to run programs and Sunday morning worship services.

That’s when the congregation tried a “messy church” model.

During a sabbatical visit to a church plant on the outskirts of Edinburgh, Scotland, Pastor Sean East and his wife Jacquie observed “messy church” in action. For two Sundays of the month the church met for a regular worship service. On alternate weeks, it did “messy church,” inviting families from the community to join in for activities like a picnic and games.

The Easts wondered if this rhythm could work at West Hills.

The 18-year-old church plant in Baden was already engaged in ReLearning Community, a journey of intentional discipleship facilitated by Mennonite Church Eastern Canada that helps congregations explore key questions like, “How is God calling us as a congregation?” and, “How are we responding to that call?”

There are no cookie-cutter answers, only an invitation to enter into a rhythm of listening for God and responding by wrestling with what it means to be the church in the congregation’s setting.

Instead of telling itself the story that West Hills had failed as a church plant, ReLearning Community “freed us to tell a different story,” says East. The church began “listening for God’s voice” and focusing on “what God is asking of us now,” trusting that “God can use us now no matter what our size is.”

One of the key concepts of ReLearning Community is that disciples of Jesus have three sets of relationships to balance:  “up” with God, “in” with fellow believers, and “out” with the world. With encouragement from Brian Bauman, MC Eastern Canada’s mission minister, West Hills took the risk to try a “messy church” rhythm that attends to all three.

The congregation meets for a regular worship service, twice a month attending to its “up” relationship. In between is an “in” Sunday, meeting in someone’s home for worship, faith formation and a shared meal.

On the fourth Sunday, the focus is “out”ward. Instead of a regular service, an event is planned and people in the local community are invited, or West Hills joins in an event that is already happening. This might be a gym night, a nature walk, bowling, a community cleanup or a trip to a Blue Jays game—events that allow for informal relationship-building.

Congregants are excited about what God is doing “in,” “out” and through the church, according to East, who says there are now “more opportunities to engage people.” The church gets “invited into peoples’ lives,” to walk alongside and know each other better.

The leaders at West Hills have tried to operate from a place of humility, making it safe for people to grieve over the loss of a familiar way of doing church, and tweaking the process of change as needed. East is particularly moved by responses from some members who were uncertain about the changes at first, but committed to pray for the new pattern of church that was emerging.

Through the process, the congregation has learned that a church is not the building or its rituals. The church is people. East says that West Hills’ measures of success are not membership numbers or dollars tithed, but “whether we have been faithful to what God is calling us to.” 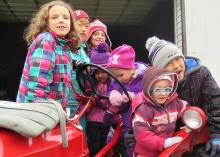 The West Hills congregation gathers for worship in a home on their ‘in’ Sunday. (Photo courtesy of West Hills Fellowship)