The tension in the room was palpable. High winds and blizzard conditions outside kept some from attending the Fort Garry Mennonite Fellowship meeting in Winnipeg (see “Let him speak,” page 18), but the stormy weather on Jan. 12 was not confined to the outdoors. 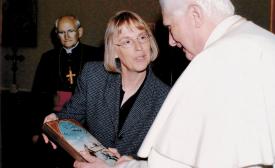 In 2007, then MWC president Nancy Heisey presented a framed image of Anabaptist martyr Dirk Willems to Pope Benedict XVI. She told the story of Willems, who was captured, tried and convicted, but escaped from prison in 1569. Willems fled across the thin ice of a pond, but when the guard who pursued him broke through the ice, Willems turned back and rescued him. Willems was recaptured and soon burned at the stake. (Photo by Servizio Fotografico De L.’O.R.)

The year 2017 marks the 500th anniversary of the Protestant Reformation. According to tradition, Martin Luther posted his 95 theses on Oct. 31, 1517, thereby starting the chain of events that gave birth to the Protestant churches and destroyed the unity of western Christianity.

As my dental hygienist would say: “brilliant!” Thank you, Layton Friesen. May you enjoy a long and fruitful ministry.

When we as a church agree to help those in need and place our trust in God, we should anticipate unexpected consequences. As we serve, we might make new friends, learn a new skill or enrich our spiritual lives.

I am in my 60s, as are many of my friends. Our parents, if they are living, are in their 80s and 90s, with the accompanying challenges and rewards of that season of life. The experiences of the parents impact their children significantly. Now, when I gather with my peers, we often talk about our parents. The stories we tell may be distressing or inspiring, funny or heartbreaking.

Many of us are familiar with the the Parable of the Prodigal Son in Luke 15. There are great lessons in this story about grace and forgiveness, but I’ve never heard it used in the context of warning about giving children gifts before they are emotionally or spiritually mature enough to handle them properly. 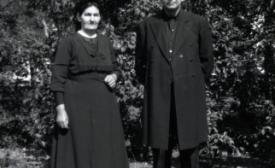 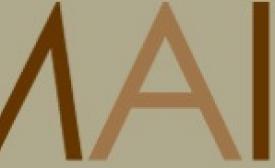 For much of Mennonite history, leaders were called from within the group to serve. This was in addition to working on their own farm or business to pay the bills. One of the longest-serving bishops of the Sommerfeld Mennonite Church, centred in Manitoba, was Peter A. Toews (1877-1961), pictured with his wife Maria Toews (1880-1970).

How does one define wisdom? It’s difficult to put into words.

Herman Hesse, in his classic novel, Siddhartha, writes: “Wisdom is not communicable. The wisdom which a wise man tries to communicate always sounds foolish. . . . Knowledge can be communicated, but not wisdom. One can find it, live it, do wonders through it, but one cannot communicate and teach it.” 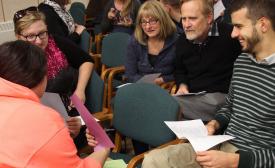 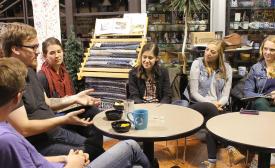 During the EVI meeting in Saskatoon on Nov. 26, 2016, Graham MacDonald, second from left, discusses his views on the future of Mennonite Church Canada, while, from left to right, David Epp, Terri Lynn Friesen and EVI members Madeleine Wichert, Katrina Woelk and Kathleen Bergen listen attentively. (Photo by Donna Schulz) 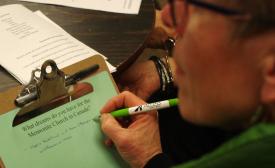 Small groups put their heads together on Mennonite identity and purpose at the Jan. 13 EVI event in Winkler Man. (Photo by Beth Downey Sawatzky)

Over the past three months, the Emerging Voices Initiative (EVI) conducted a cross-country listening tour, endeavouring to gauge the mood of Mennonite Church Canada congregants on what should happen next with the national church following the presentation of the Future Direction 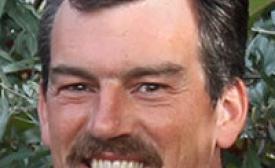 Tim Wiebe-Neufeld has been hired as the new Mennonite Church Alberta area church pastor. Starting in February, he will combine this half-time position with a quarter-time role as Future Directions coordinator for the area church. 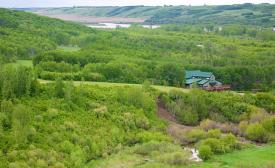 I live in one of the most beautiful places on the Prairies. The Shekinah Retreat Centre is situated in the North Saskatchewan River Valley. Northeast of my house, a deep ravine funnels a beaver-filled creek into the wide river below. God’s presence is ubiquitous here, a place that has been significant to my development since I attended summer camp at Shekinah when I was 7.

An Mennonite Church Manitoba meeting at Fort Garry Mennonite Church took a confrontational turn on Jan. 12, 2017, opening the floodgates of debate on just what it means for local congregations to “create space” for one another based on the Being the Faithful Church (BFC) 7 resolution passed at last summer’s general assembly in Saskatoon. 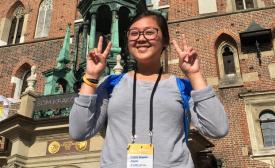 When Justony Vasquez decided to be part of World Youth Day in Poland last summer, she had no idea that the venture would land her at Canadian Mennonite University (CMU). In her final year of high school, she’d already received acceptance and a scholarship to another university. She can only explain the last-minute change as something “Spirit-led.” 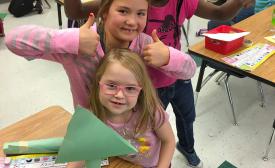 Before taking the STEM program, which incorporates science, technology, engineering and math, Mackenzie, a Grade 2 student at Winnipeg Mennonite Elementary and Middle Schools, wasn’t exactly sure what she wanted to be when she grows up. 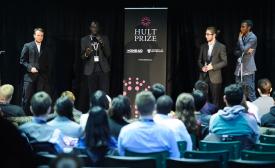 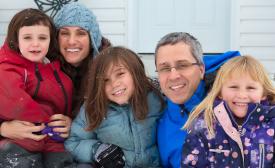 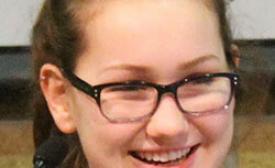 Nicholaus “Nick” Bauman (nee Erb), a Rockway Mennonite Collegiate graduate (Class of ’97) and general surgeon, and his spouse, Becky Bauman, are heading to Kathmandu, Nepal, the largest Himalayan state in Asia. For the next two years, Nick will serve as a general surgeon at Tansen Hospital, teaching post-graduate students. 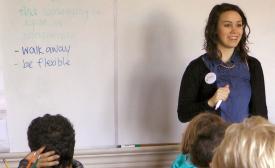 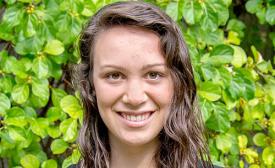 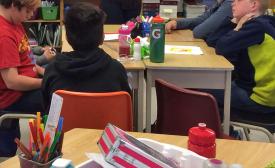 A young woman in Waterloo, Ont., is using her passion for peace to positively impact students. 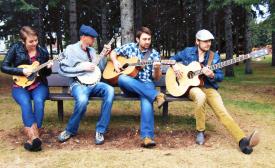 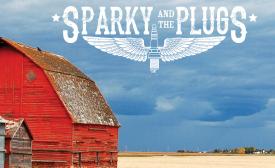 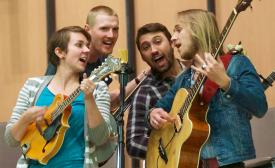 They might perform at cafes, bars and festivals throughout the Saskatoon area these days, but bluegrass quartet Sparky and the Plugs got their start playing music in church.