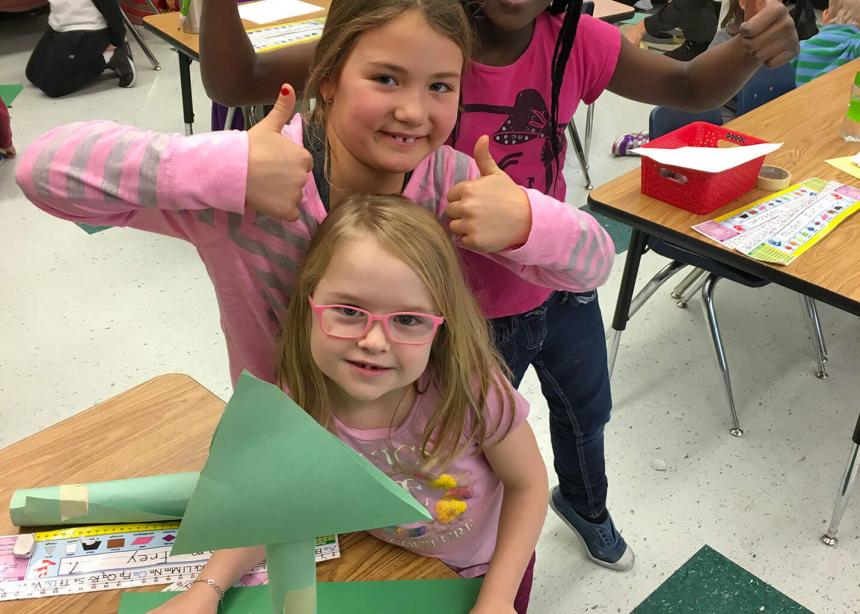 Before taking the STEM program, which incorporates science, technology, engineering and math, Mackenzie, a Grade 2 student at Winnipeg Mennonite Elementary and Middle Schools, wasn’t exactly sure what she wanted to be when she grows up. After spending some time working on a team designing and building projects, she has made her decision: “I want to be a builder,” she says, “just like my dad.”

The program has been introduced by teacher Janice Penner, who says, “My friend who works at Google told me they are really trying to encourage kids—especially girls—to get involved in coding and design work.”

Penner was inspired, and decided to implement a monthly design centre, at which students team up to plan and conceptualize a design, and then bring their idea to fruition by building it.

“Sometimes it works right, and sometimes it’s different,” says Mackenzie, adding, “It’s so much fun because we get to create everything we have in our mind.”

Classmate Daniella agrees that being a creator is a lot of fun. “The easiest part is drawing, and the hardest part is putting it all together,” she says.

Both girls agree that teamwork is one of the best parts of the program, and that they look forward to having fun.

While fun is an amazing byproduct of STEM, Penner says, “it’s about teaching the students that using technology can be more than using an iPad. . . . It’s also using a pencil. It changes the definition of technology into anything that helps them do a job.”

Penner says one of the best parts of the program happens when things don’t work out exactly the way the students thought they would. At the start of each project, students create a plan, and once they begin the building process they are encouraged to go back to the drawing board to revise their plan as needed. This process is helping the students see themselves as capable makers.

Students are given open-ended projects with a set of parameters and then they let their imaginations run wild. While most of the projects thus far have been focussed on design and building with tangible items, in one recent task students worked with the Kodeable app to code a robot mouse or bee. 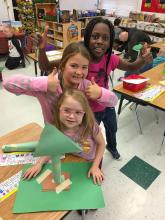