It’s been 14 years since Canadian Mennonite conducted an independent readership survey. In the next edition (Sept. 28), print and digital readers will find a list of questions that invite your feedback, solicit your opinion on content and attempt to ascertain your reading habits in both venues—print and digital. 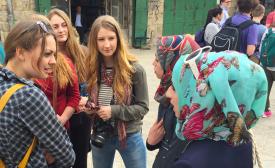 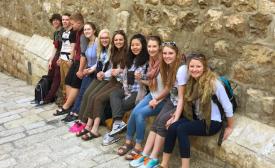 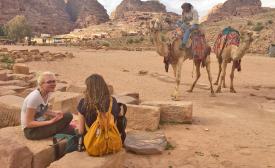 MWC should celebrate mission conference in 2027

“There are no atheists in foxholes.” So goes the maxim with roots in the Second World War.  Caught in a pinch, surrounded by stress and fear, most human beings turn to some higher power. In fact, one must rationalize away the desire to beseech the divine from deep holes.

My family and I moved from Vancouver to Regina in July and are slowly searching for a faith community. So far we’ve attended two churches close to where we live, and with which we would feel comfortable, theologically. When we arrived (late) at both services, the first thing I noticed was that there were mostly older folks sitting in the chairs. 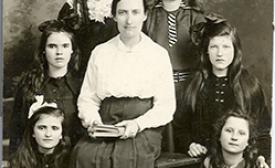 Missionary to the city of Winnipeg, Anna Thiessen, is seated with some girls she worked with in 1919. Rural life has been an important part of Mennonite life and self-understanding. The city was seen as dangerous and unhealthy and therefore shunned. Mennonite Brethren missionary Anna Thiessen was one of the first Canadian Mennonites who chose to work in the city, beginning in 1915. 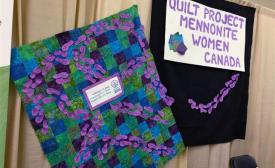 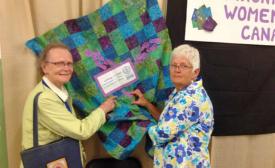 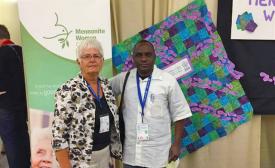 Liz Koop met Ekien-E-Kiag Baudouin, who is planting a Mennonite Church in Durban, South Africa. He wants to connect women from South Africa with women from Canada. (Photo by Liz Koop)

I can hardly find words to describe the experience of worshipping, singing, eating and fellowshipping with about 7,500 others at Mennonite World Conference (MWC) assembly, held in Harrisburg, Pa., this summer. We came from so many different countries, speaking so many different languages, yet connected to each other by a common confession of faith. What an amazing and inspiring week it was! 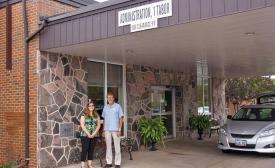 Michelle Koop served as a summer chaplaincy intern at Tabor Manor, St. Catharines, Ont., for the summer of 2015. She worked under the supervision of Waldo Pauls. (Photo by Dave Rogalsky)

Michelle Koop grew up going to Vineland (Ont.) United Mennonite Church, next to the Vineland Mennonite Home. She worked at the Home and helped care for the father of Ed Janzen, chaplain at Conrad Grebel University College (CGUC). In part, it was her stories of that care that convinced Janzen of Koop’s “heart for the aged and seniors—living out the love of God.” 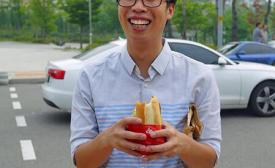 Sang-Min Lee enjoys some of his favourite fast food after being released from prison, where he served 15 months for refusing to participate in mandatory military service. (Mennonite World Conference photo)

Conscientious objector (CO) Sang-Min Lee, a member of Grace and Peace Mennonite Church in Seoul, South Korea, is free. He was released from prison on July 30, after serving 15 months of an 18-month sentence for refusing military service. The time he spent as a barber in the prison system was credited as additional time served. 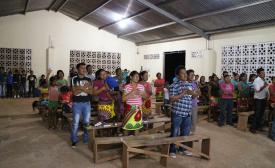 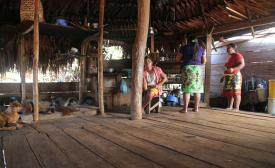 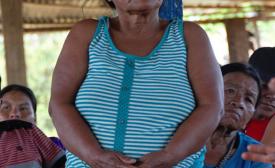 The mother of a man sentenced to 20 years in prison on false charges participates in a community meeting in the Wounaan village of Majé, Panama.(Mennonite World Conference photo by Henk Stenvers)

With the future of the Wounaan indigenous people of Panama being chopped down before their eyes, the largely Mennonite leadership of the group is asking the global Mennonite community to stand with them, and kneel with them in prayer for fair treatment.

The Wounaan indigenous people of Panama, renowned carvers of cocobolo wood, are fighting the incursion of outsider loggers into their territory. About 600 of the roughly 15,000 Wounaan in Panama are Mennonite. See the main story, “Mennonites in Panama oppose clear-cutting, request prayer.” 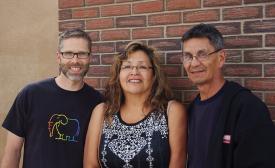 Marcel French’s tanned complexion and dark hair easily identify him as Anishinabe. Which is why he likes to drop a Low German word or expression into his speech and watch the surprise on his listeners’ faces. “When I go to Jake’s Restaurant in Steinbach, I always ask for Gnurpel,” he says with a chuckle. 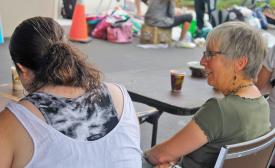 Volunteer Ingrid Schultz, right, enjoys dinner and fellowship with a guest at one of this summer’s fellowship dinners in Abbotsford. (Photo by Amy Dueckman)

Mennonite Central Committee B.C.’s offices and thrift shop may be closed on Sunday, but two Sunday afternoons a month there is plenty of activity in the back parking lot of the MCC Centre. Here homeless and low-income people meet with volunteers for a hot meal, friendship, and free clothing and groceries. 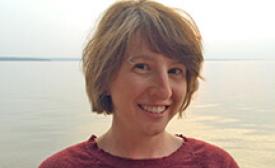 Parkland Restorative Justice has a new executive director. The agency, which is supported by Mennonite Church Saskatchewan (MC Sask), hired Heather Driedger to fill the position recently vacated by Ryan Siemens. Originally from Saskatoon, Driedger is a 2004 graduate of Rosthern Junior College. 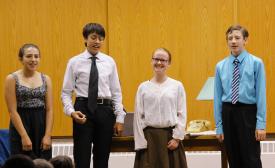 When Linnea Thacker suggested to her co-director of Ontario Mennonite Music Camp, Elizabeth Rogalsky Lepock, that they perform a shortened version of My Fair Lady as the musical at the camp’s closing program, Lepock wondered at its non-religious content. 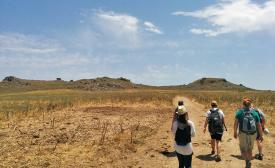 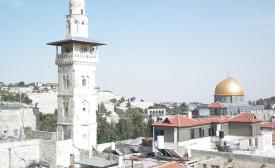 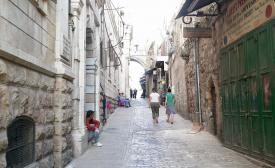 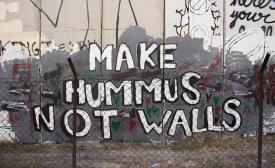 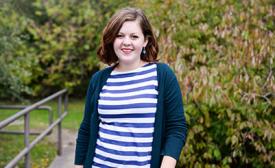 The Tent of Nations is a family farm situated in the Palestinian hills near Bethlehem in the West Bank, owned by the Palestinian-Christian Nassar family since 1916. The farm overlooks the valley of a small Arab village. 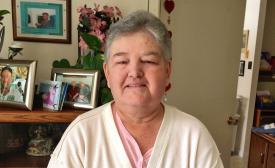 Beverley Winter has lived at Friendship Manor in Altona, Man., for the past eight years. (Photo by Paige Mierau Friesen) 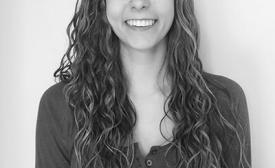 “We become a ‘nutcase’ when we’re isolated,” Winter says. “But it’s been so nice since [the youth group] have been here.”