Christian reflections on balance and the Middle East 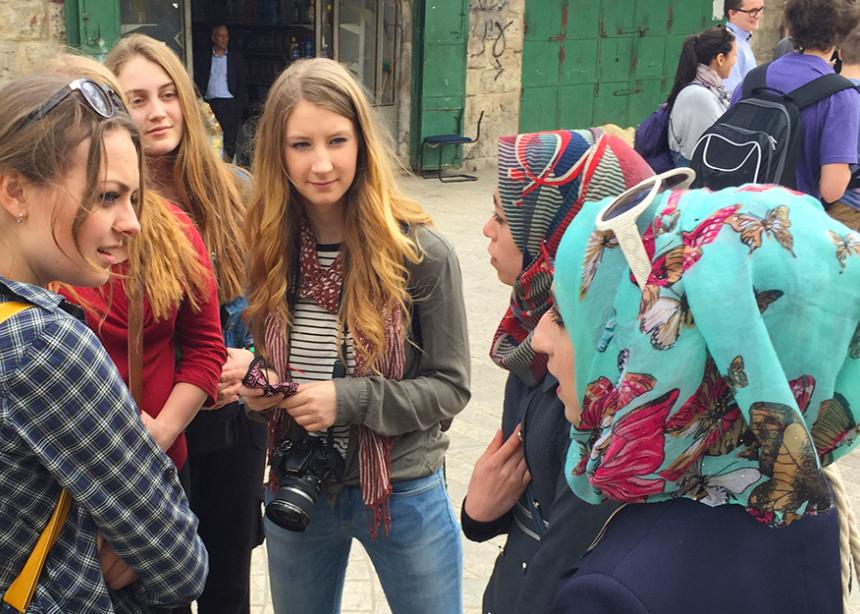 <p>While in the West Bank city of Hebron, Hannah Doerksen, left, Naomi Peters and Jenny Sawatzsky were approached by local students. The Canadians are students at Mennonite Brethren Collegiate Institute in Winnipeg. (Photo by Ramon Rempel)</p>

At least three times after the trip, and perhaps a couple of time before we left, I was asked whether my students would receive a “balanced” exposure to Israel and Palestine. This question confuses me to the point where I literally do not understand it. The only response that seems appropriate is: “I don’t believe in or worship ‘balance;’ I follow Christ.” This answer did not serve to resolve the question as much as confound the questioner in what I think is an appropriate way. I was glad that none of my students thought of asking such a question—perhaps they actually have learned something despite my too-often ineffectual teaching!

Why didn’t my students ask the “balance” question? In class, we learned how God used strangers and outsiders to show the people of Israel in the Old Testament, and the church in the New Testament, what faithful living means. (There are endless examples of this in scripture). So my students had been prepared to see the hand of God not only in the biblical sites we saw but also the people we met, whether Christian, Muslim or Jew.

Once one learns to see God in the present as well as the past, in people rather than in issues, one can’t fail to acknowledge the problems one sees in the present. Confronted as one is with the God of Bible in the lands of the Bible, one is faced (as long as one’s eyes are open) with the systematic injustice perpetrated today on the Palestinian people. To ignore this would be to ignore Jesus’ teachings and to abandon the struggle to be the kind of people God calls us to be.

Approaching the trip in this way, one avoids the question of “balance” by making the question irrelevant. The challenge instead becomes one of how to faithfully see—to see as Christ would want us to—in a confusing land and in confusing times. I am all for hearing dissenting voices, but if one is devoted to following Christ in all things, if one sees the connection between the peace and the justice God calls us to, how does “balance” help?

What does “balance” actually mean and why does the question come up? I am guessing, but let me suppose the following: with respect to the current state of affairs in the Holy Land, there is an issue—the Palestinian/Israeli conflict. This conflict names a struggle between these two groups in which each has a claim to the same piece of land. In other words, the struggle is one with two sides. As observers of the conflict from the outside, we have but two choices: to pick one side or the other. If one is for the Palestinians, one is anti-Israeli. If one is for the Israelis, one is anti-Palestinian. Balance then is the “virtue” which keeps us from being trapped on one side or the other. I don’t know if this is exactly what people mean, but I suspect it is something like this.

The problems with this are manyfold. First, the question of Israel and Palestine is not an abstract issue but a matter of real people and real people’s lives. Such lives are always more complicated than issues. Real people can’t be easily reduced to a simplistic two-sided issue. The complication of real people is also the joy and sorrow of life in the church, where it is also not a matter of rules or policies but rather how to deal with real actual people as Jesus did.

Second, defining the problems of the Holy Land in terms of a need for balance between sides assumes that we as Christians can speak of injustice and justice independently of who Jesus is. Those who call for balance settle for the definitions of the conflict provided by the protagonists and this should make little sense to a Christian. When I visit the area, my focus isn’t to hear all sides, but rather to make some sense of what Christian discipleship might mean in an area where, ironically, Christ often seems far away. I have few solutions to offer (and none which would be universally acceptable), but I long for a Christian community which treats the Holy Land as more than simply a religious Disneyland.

Third, the call for balance in Israel and Palestine assumes that the struggle is between two equal parties. In reality, the Palestinians have no power—all the cards are held by Israel. Start researching this and the results are more depressing the more one discovers: the overreach and systematic attempts to destroy Palestinian society can in no way be justified by the occasional problematic attacks made by some Palestinians. In fact when you consider even the undisputed actions Israel has taken over the past 48 years of occupation, you will be impressed as I have been at the peaceful level of the Palestinian response. I struggle to think of any other people as peaceful as the Palestinians who would remain so peaceful after so much provocation.

Fourth, there is a way that one can support the Palestinian call for justice and be pro-Israeli at the same time. The great tragedy of “balance” is to forget that to be pro-Palestine is to also be pro-Israeli. For Israel to begin (yes begin) to treat Palestinians decently isn’t simply for the sake of the Palestinians, it is for the sake of Israel as well. That the right-wing Israelis and Christians don’t see this doesn’t diminish its truth. Netanyahu may celebrate Harper’s unqualified support, but Harper isn’t really Israel’s friend. (A student may like it if I reward a poor effort with a high mark, but I am only doing my job if I mark assignments appropriately even though it may make students unhappy. On reflection, the teachers I have valued the most are the ones who have pushed me the hardest.)

Fifth, one needs to recognize that calls for balance play solely to the advantage of the powerful. We can all be relieved when bombings of Gaza cease, when rocket attacks on Israel stop, even if only for a brief period, when we have a respite from suicide bombings, and when periods of relative calm emerge in the Holy Land. Those who look for balance look to such brief periods of peace as a prerequisite for a broader resolution to the conflict. But one needs to recognize that the acts of violence perpetrated by some Palestinians are obvious and unmistakable. However, the systematic theft of land from Palestinians, the legalized destruction of Palestinian houses and crops, the daily humiliation and demonization of an entire people by the Israeli government all proceed unabated in times of relative “peace.” The Holy Land is an unbalanced land—to treat it like a conflict between two equal parties should be mystifying to any Christian interested in justice.

Sixth, with respect to the Holy Land, imbalance already exists in how most North Americans understand both Israel and Palestine. We are taught that violence is prevalent there and that we should be scared to go and see for ourselves. We hear the messages about Israel and Palestine left to us by our government and the reports of the flare-ups of violence that sadly still occur. But unlearning what we think we know is an important step in a faithful understanding of the Holy Land. Go there and see.

It isn’t quite as simple as that because you have to be careful how you go. If you stay in five-star hotels, take large package bus tours, avoid contact with Palestinians, and accept the demonization of the Palestinian people, you will learn nothing. Instead, stay in Bethlehem for a couple of nights, visit Ramallah, and go to Nablus. Stay in local homes, if you can arrange it, or in local hostels. Walk the streets where Palestinians walk and measure how you are treated. Take your experience and compare it to what the news and our politicians tell us about the region. I strongly suspect there will be quite a difference between the two, but I can’t really explain to you why unless you go and see.

1. When there is a contentious issue in your community, how do you decide which point of view is more accurate? What does it mean to have fair and balanced reporting? Under what conditions can someone’s perspective be considered inaccurate? Can an opinion ever be wrong?

2. Emily Hunsberger reports on her visit to Israel/Palestine on page 27. Do you think she was given a fair and balanced perspective of the conflict in the Middle East? Who might consider it to be unbalanced?

3. Ramon Rempel says, “I long for a Christian community which treats the Holy Land as more than simply a religious Disneyland.” What do you think he means by that statement? Rempel suggests that being a Christ-follower means having a deep concern for justice. Do you agree?

4. Rempel points out six reasons why insisting on a “balanced” perspective on the conflict in the Middle East is problematic. Do you find his arguments persuasive? Why does this conflict matter to Christians in North America? Which do you consider to be more important, living justly or having the correct biblical interpretation? 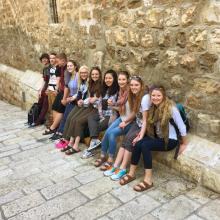 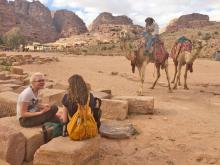