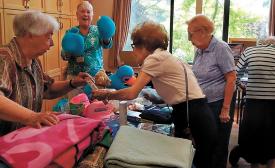 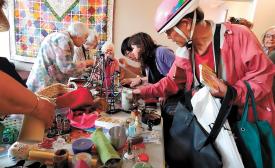 It’s the morning of May 10 at about 11 a.m., and in the large meeting room of the St. Clair O’Connor Community in Toronto there are about 10 residents examining a myriad of cardboard boxes containing both “gently used items” and others that could charitably be called junk. The former are being placed on sale tables and the latter are being disposed of as quickly as possible. 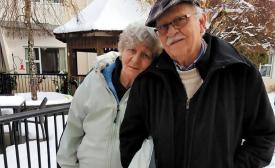 When Bill and Ena married, it was the obvious next step for two best friends. Working together as teachers, they saw their love blossom. After retirement, Bill and Ena headed to China to bring their teaching skills to a new set of students. 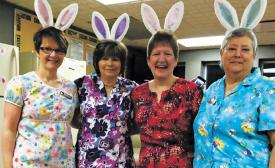 Santa Claus came to Nithview Community one Christmas Day. This may not seem like a big deal since Santa goes to lots of places at Christmas. But this Santa did not fit the usual stereotype. He was short, clean-shaven and not overweight. He was also known as Owen and was only five years old. 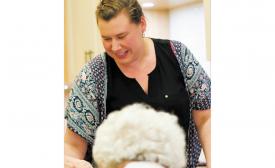 For Lacey MacKenzie, working with seniors is a faith calling.

The 33-year-old attends Osler Mennonite Church in Saskatchewan and has worked as the activities coordinator for Bethany Manor’s personal-care home in Saskatoon since December 2017. 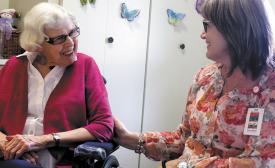 For Anita Lehmann, home is the dementia unit at the Mennonite Nursing Home. But unlike most of the unit’s 29 other residents, Lehmann doesn’t suffer from dementia.

When it became evident she needed care, Lehmann took the only room available in the 68-bed facility, which happened to be in what staff refer to as the secure wing. 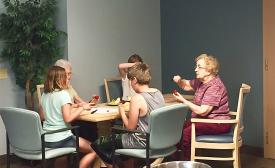 We all have our favourite recipes. There is the tried and true. Or there’s the newly created ones that are fun to test and then turn into classics.