Learning from her elders 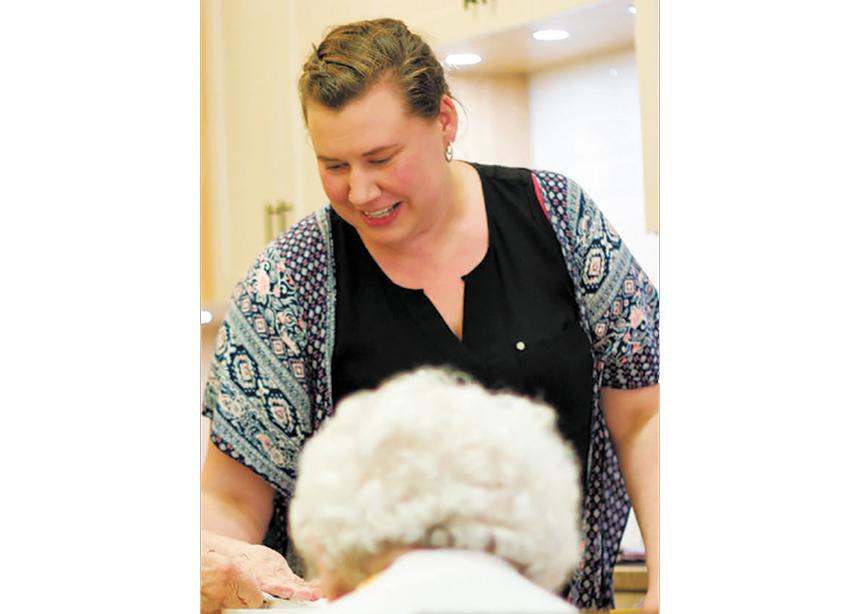 For Lacey MacKenzie, working with seniors is a faith calling.

The 33-year-old attends Osler Mennonite Church in Saskatchewan and has worked as the activities coordinator for Bethany Manor’s personal-care home in Saskatoon since December 2017.

Staff members clean suites, help residents bathe and take medicine, and make sure all their basic needs are met. Some of the residents have dementia but are still mobile.

MacKenzie helps keep the residents occupied during the day. Together, the residents do everything from baking and arts to crafts and devotionals.

“I come up with things for them to do during the day to keep their time and their life meaningful,” she says. “I hit on things like social, emotional, physical and spiritual needs that our seniors have.”

MacKenzie says she thinks people have misconceptions about seniors, but she’s learned a great deal working with the residents of Bethany Manor. “I’ve had really wonderful conversations about the past,” she says. “They’re a wealth of knowledge and stories.”

She worries that people overlook seniors. “I think a lot of people think seniors don’t have as much to offer the world as people who are more mobile and mentally with it,” she says, “but I’ve learned that seniors really have a wonderful voice and I’ve just learned so much from them about perseverance.”

Above all, MacKenzie says she feels called to her role there. “As followers of Christ, we’re called to be with the people who are on the outskirts, and often seniors are on the outside,” she says. “They need to be heard and feel like they’re valued.”

Further reading:
The gifts of grey hair
An indoor yard sale says a lot about St. Clair O'Connor
In sickness and in health
Making every day matter 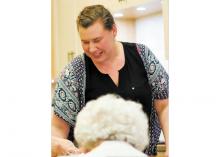