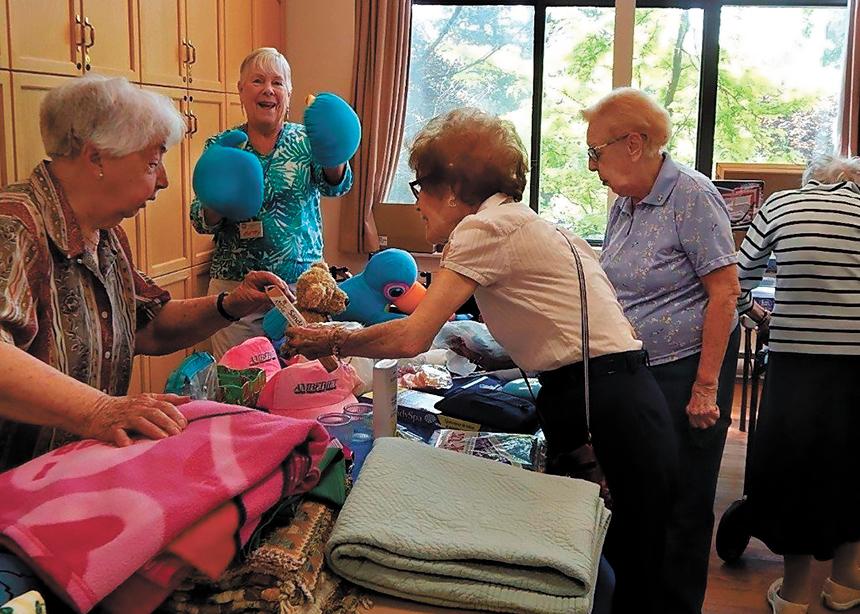 It’s the morning of May 10 at about 11 a.m., and in the large meeting room of the St. Clair O’Connor Community in Toronto there are about 10 residents examining a myriad of cardboard boxes containing both “gently used items” and others that could charitably be called junk. The former are being placed on sale tables and the latter are being disposed of as quickly as possible.

What makes this scene so remarkable is that the average age of the volunteers is about 85, and the bustle and buzz of conversation appears to be that of much younger people.

These spring yard sales have been going on at St. Clair O’Connor for the past 20 years or so and they require long hours of dedicated effort on the days around the sale. But each year a valiant crew is assembled and the donations of all manner of strange and wonderful paraphernalia are gathered without fail.

Some volunteers remain in their kitchens baking their favourite cakes and cookies for the bake sale. And at the end, they succeed in raising more than $1,000 for the residents council to earmark for expenditures that will enhance the life of all residents. This year, some of the money raised is going to improve the back patio and the gardens around the building at the corner of St. Clair Avenue East and O’Connor Drive in East York.

As the average age of the population has increased over the years, the residents have invited some of their children or grandchildren to help them. This has given their families a chance to get a sense of the vigour and determination of the residents to carry on significant fundraising endeavours and also to become a part of the latest project.

On the morning that we worked on setting up the sale, I talked to Ben, the son of a new resident, Bob, who is 85 and suffering from some significant health problems. Bob was elected to the council in April and he volunteered to deliver the notices of the yard sale to 130 apartments, in spite of the fact that he uses a walker.

Carolyn Murray has lived in the St. Clair O’Connor Community for nearly 34 years. She currently serves on the residents council as past president.

Further reading:
The gifts of grey hair
In sickness and in health
Making every day matter
Learning from her elders 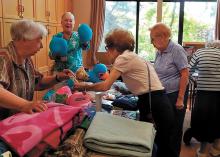 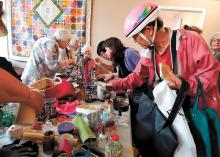