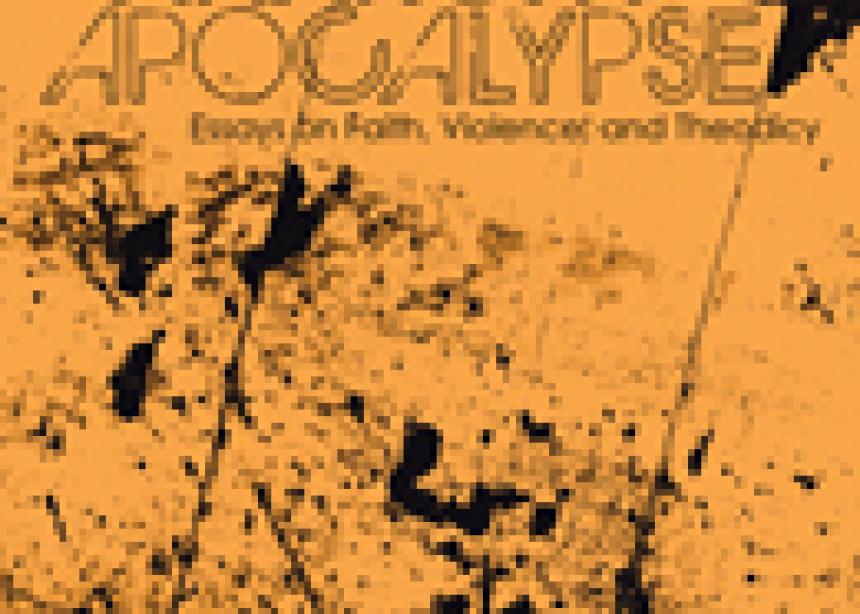 Osborn’s short collection of essays is one of the more eclectic publications I have read in some time.  Faith and violence are indeed the mingled themes that bind this work together; having said that, however, the collection is somewhat nomadic moving from shorter almost op-ed pieces to longer more technical engagements.  Osborn’s introduction claims that a possible underlying ‘project’ here is an attempt to relate anarchist and Christian approaches to nonviolence.  As the essays unfold though anarchism only plays a minor role considering its position in the title.  By anarchist Osborn refers to expressions that reject institutionalized hierarchies of power.  The anarchist representative is Noam Chomsky who sees liberation as the primary aim of anarchist thought.  Osborn ties this anarchist position into the Christian tradition through appeals to the Hebrew prophets, Dietrich Bonhoeffer, the Anabaptists, and Osborn’s own tradition, the Seven-Day Adventists.  Osborn's articulation of anarchism was fairly clear though significantly underdeveloped.  I found it much more difficult to interpret what Osborn means by apocalyptic in these essays.  There are certainly many references to the book of the Revelation and how that led the early Seventh-day Adventist’s church to a sort of apolitical critique of contemporary society in which claims of privilege and power were rejected.  However, in many of the other essays the thread is not so clear.  It appears that Osborn wants to work with an ‘apocalyptic imagination’ but that seems to amount to little more than a belief in a radical ‘alternative’ to present day society.

What is clear in this collection is that Osborn has marshalled a wide and varied range of resources that point to a strong alternative to worldviews premised and perpetuated by violence.  A guiding thread in this account is Homer’s Iliad which can, on one hand, be read as a sort of pinnacle or high-water mark in the genre of violent literature with its heroic battles and grim descriptions.  Osborn, citing others, chooses to read the text as ultimately a strong condemnation of war.  The Iliad outlines the nihilistic trajectory of violence as it becomes all-encompassing, sustaining and capturing everything within a frenzied logic of destruction.  It is his reading of the Iliad that provides a much more coherent framing for his essays.  Osborn’s essay on Barack Obama’s Nobel Prize speech (“Obama’s Niebuhrian Moment”) demonstrates how framing violence in his reading of the Iliad can still offer contemporary critique.  Though Osborn actually cites Martin Luther King Jr (and does not explicitly cite the Iliad) in his critique of Obama’s speech it is still the internal self-justifying “realistic” logic of violence that must be disrupted; a logic that will always find justification.  Realism simply becomes the word an insatiable violence evokes to be fed.  Those in power claim to have their hands tied by the realities of the world which are keeping them from making more clear directions towards peace.  The resources that Osborn points to then are ones that have historically resisted this cyclical logic of violence.

Osborn’s essays on faith and violence culminate in his final chapter where he attempts to address the necessarily subsequent question of theodicy.  Is it still possible to speak of a just or good God after the Holocaust?  Drawing here on Jewish resources, namely Elie Wiesel, Osborn describes God not as the onlooker of the Holocaust but as one of its victims.  He cites Wiesel who recounts a man asking where God is in the face of a young boy hung by his neck but still not dead.  In his mind Wiesel answers, “Where is He?  Here he is – He is hanging on this gallows” (150).  What does it mean then that God suffers and dies under the weight of violence?  First we are called not to explain violence like the Holocaust.  “If we are able to explain the Shoah, we are able to accept it” (155).  Finally then this preserved faith in the silent God, the suffering God, the absent God, even the dead God calls us to “an ethical as well as a religious imperative: if we are to remain human we must refuse passivity, ease, complacency, and fight for the justice which God, in His captivity, in the time of His banishment, cannot bestow” (155).  It is here, perhaps, that Osborn’s apocalyptic becomes most clear.  We fight knowing it is God in captivity.  We fight knowing it is dark.  But we also fight knowing that it is only an eclipse and that God at any moment can speak light, and there would be like.

As a whole Anarchy and Apocalypse lacks a sense of consistency.  In its parts, though, a number of essays stand out as offering insightful resources to the growing movement of nonviolent action in contemporary society.  For those steeped in this tradition there may not be much new ground covered.  However, for those first exploring the option of nonviolence or a way of understanding and critiquing violence Osborn’s essays provide a wonderful introduction which will in turn send the reader on to the much more substantial secondary sources that he cites.  The difficulty I have with this book is the tension between a captive or absent God and an apocalyptic God.  Can we have them both?  Can God be bound in darkness and also existent beyond us in pure light?  Osborn raises difficult questions and attempts to look at them honestly.  His contribution shows that the struggle of being Christian in the face of violence is a live one that we cannot shirk or insulate ourselves from.  As his reading of the Iliad demonstrates if we do not forge a new system of peace and justice we will be remain in the cycle of violence under the banner of 'realism'.