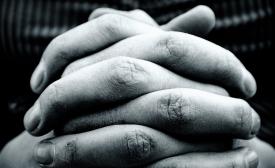 It has become a routine yet still shocking news report: another shooting in a quiet neighbourhood or at a shopping centre, nightclub, school or place of worship. Then come the familiar offers of “thoughts and prayers” for the victims and their loved ones. Sadly, there have been too many opportunities to pray these prayers recently.

The five regional churches comprising Mennonite Church Canada have issued an invitation to “all congregations to join in a nationwide call to prayer for comfort and strength for our Jewish faith communities, particularly those here in Canada and the USA. In the wake of the Pittsburgh massacre of Jewish worshippers this week, all congregations in MC Canada are being asked to pray this Sunday for Jewish faith communities that have been impacted by this act of violence. Please join your sister congregations in lamenting all forms of violence against those who are different from us. 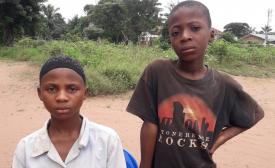 Ten-year-old Kanku Ngalamulume fled from his home in the village of Senge after armed groups beheaded his mother and father and his siblings too.

He was among 1.4 million people in the Kasai region of the Democratic Republic of the Congo who have been forced from their homes as violence among local militias and the Congolese military erupted in August 2016. 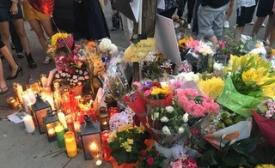 A memorial to the victims of the July 22, 2018, shooting that killed two and injured 13 on Danforth Ave. in Toronto, Ont. (Photo by Lauren Kong)

Oh God of Love,
Maker of human neighbours and neighbourhoods,
Hear our prayer
from the Danforth, for the Danforth. 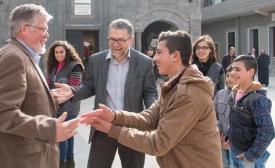 In February, we were part of a Mennonite Central Committee (MCC) delegation to Syria, including Damascus, Homs, Hama and Aleppo. We witnessed the devastation of war and heard testimonies of faith from people who have been living in difficult circumstances now for seven long years. 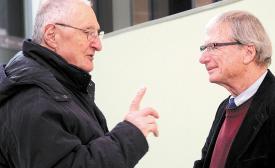 What do we do with Psalm 137? While “Sing us one of your songs of Zion” (verse 3) rings in Christian minds as a sign of deep grief, the accompanying “Happy shall they be who take your little ones and dash them against the rock!” (verse 9) strikes most as exceedingly difficult. 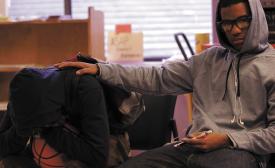 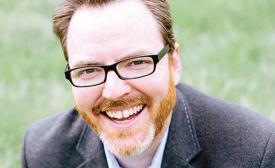 During a Facebook livestream on Ash Wednesday, podcaster and author Mike McHargue made an emotional plea for men to reconsider what masculinity looks like. (MikeMcHargue.com photo) 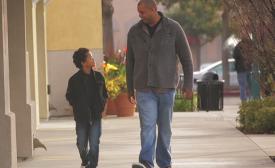 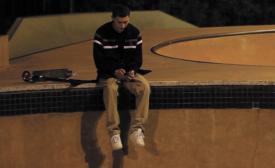 Loneliness, alienation and desperation are at the root of mass violence and suicide, Mike McHargue says. (Photo by The Representation Project)

Although many brave young people have spoken up in the aftermath of last month’s school shooting in Parkland, Fla., to advocate for tighter gun regulations in the U.S., it’s words spoken by a man in his 40s that I keep coming back to. 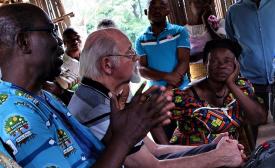 Loving the generous people of the Democratic Republic of Congo is not difficult, but evil happening in the rural Kasai region of that lush country is hard to comprehend. 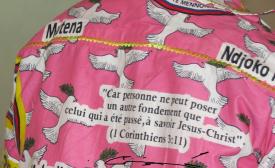 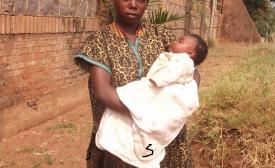 Standing at the site of a Mennonite church in Kalonda village in Kasai Province, this 16-year-old mother said that her husband was murdered in her presence. She and her child are not named for security reasons. (MCC photo by Joseph Nkongolo) 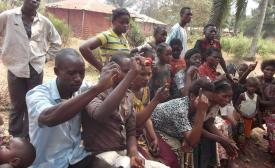 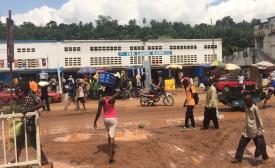 Downtown Kikwit in Kwilu province. Kikwit, which is home to many Mennonites, has received thousands of refugees from the Kasai region. (Photo by Rod Hollinger-Janzen) 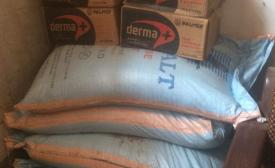 Soap and salt purchased by Mennonite Church of Congo to assist refugees. (Photo by Rod Hollinger-Janzen) 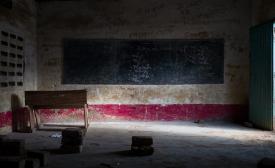 A primary school plundered during March clashes between Kamuina Nsapu rebels and police in the Kasai region of DR Congo. (Photo © UNICEF / Dubourthoumieu) 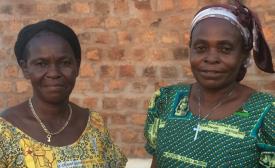 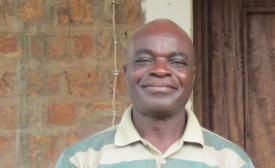 Joseph Nkongolo, coordinator of the Development and Service Department of Mennonite Church of Congo. (Photo by Rod Hollinger-Janzen)

Dozens of Congolese Mennonites have been killed, hundreds of their homes have been burned, and thousands of them have fled, as violence consumes the Kasai region, birthplace of the Mennonite church in the Democratic Republic of Congo.

When I shared the story of my attack, I got a wide variety of responses from my friends, family, and co-workers. It is difficult to know what to say to people after things like this happen, so I was grateful whenever someone attempted to talk about it with me or to give me advice.

As many of my friends already know, I flew directly from Bogotá to Canada in early May, rather than journeying to Barrancabermeja to complete the final month of my stint on team with CPT. I have been asked many questions about what happened to me, so I will describe the incident here. If reading about violence is a trigger for you, I recommend you stop reading here.