A community with a sense of ‘we’ 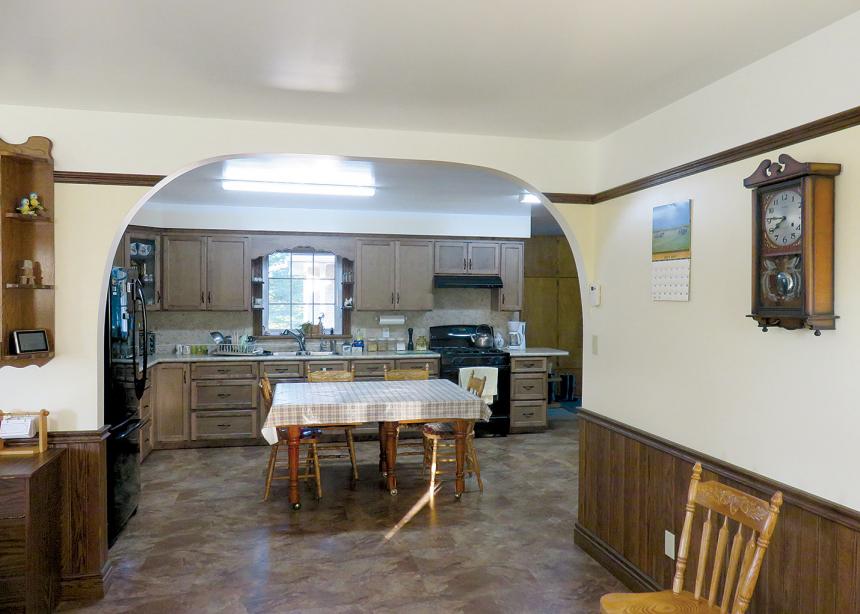 I was humbled and challenged when I spent the day with some of my Old Order Mennonite relations recently.

My cousin Sarah invited me to a quilting at her home near Mount Forest, Ont., saying that she was inviting all her female Frey cousins. The Frey family is large and the number of female cousins is around 30, far more than can fit around one quilt, but the family is aging and some have passed away. Sarah said not to worry if you don’t quilt, many cousins were keen to come even though they can no longer thread a needle and there would be a circle of non-quilters. It felt a bit strange talking to Sarah on the telephone because during my growing-up years Old Order Mennonites did not use telephones.

It was fortunate that my sister and I were among the first to arrive. Although these women are all my first cousins, we move in different circles and I rarely see many of them. I paid close attention whenever there was a new arrival so that I could remember everyone’s face and name. Of course, some of them I knew quite well.

At my church, when we are planning for a funeral, we know that if the deceased has Old Order Mennonite relatives, the funeral will be large. These traditional Mennonites value relationships and have a strong sense that supporting the family by attending the funeral is important. Families get together regularly until the crowd gets too big.

We sometimes make jokes about the “Mennonite game,” which refers to finding a connection with a new acquaintance. For the Mennonite community I grew up in, this is not a game. You expect to know some connection; if you don’t know their siblings or parents, surely you will know one of the grandparents! These Mennonites have always done their history genealogically, and most families have books that go back 10 generations or more. There is no need for Ancestry.com; the information is readily available for those who are interested.

Community connections are valued, and it is expected that you will know everyone in your faith community. As traditionalist Mennonite groups have grown in size, this has become more of a challenge. Several groups now publish church directories and maps showing where their people live, to help keep everyone connected.

It was interesting to see Sarah’s new house, which was designed with room for four generations. Two years ago, they tore down their old house and built a new one, large enough to accommodate Sarah and her husband, her parents, and their married son and his wife and family. While they lived in the old house, Sarah’s parents lived in a trailer, but now they live with Sarah and her husband in the doddyhouse part of the house, sharing a kitchen and living area. My aunt and uncle are 90 and 92, the oldest living couple among the Old Order Mennonites in Ontario.

It was interesting to see that the house has a concrete ramp to the porch, making it fully accessible. Because Old Order Mennonites avoid using long-term-care homes, Sarah’s family is anticipating a time when a wheelchair may be necessary. The expectation is that Sarah and her husband will care for her parents until the end. If the load gets too heavy, the rest of the family will pitch in, and, if necessary, they will get help from friends and neighbours.

Families care about what is happening in each other’s lives and they will help each other out. Just as friends and neighbours will gather to rebuild a destroyed barn, so there is the expectation that relatives and neighbours will respond, whatever the crisis or need. If necessary, the local deacon will step in to organize financial donations.

Staying in touch with older relatives is considered important. It was obvious to me that my other cousins have been visiting my elderly aunts and uncles far more often than I have, and I felt regret that I’ve not been more supportive.

The strength of the community ties among Old Order Mennonites is difficult to describe. It goes well beyond families and neighbours helping each other out. Something about their socialization helps everyone to value being part of the group, to think as “we” rather than “I.”
It is probably this ability to cherish their community that helps them accept the rules about dress and technology. Our modern culture values independence to such a degree that we have trouble understanding how traditionalist Mennonites can willingly suppress their own desires for the good of the community.

Simplicity and humility
From the outside, Sarah’s house doesn’t look much different from other houses, but inside it is fairly plain. The house has electric lights and appliances, but there is no radio, television, computer or other electronic gadgetry. The walls have no decoration except for a clock and calendar. While Old Orders now use landline telephones, they discourage the use of cell phones or smart phones, and expect their members to refrain from using the internet.

From my childhood, I remember that many Old Order relatives had limited indoor plumbing, so it was interesting to see that the doddyhouse part of Sarah’s house has two three-piece bathrooms. This just shows that, like everyone else, Old Orders have become accustomed to bigger and better living conditions over the past 50 years.

Because most of us live almost an hour’s drive from Sarah’s house, no one arrived by horse and buggy. While several of my relatives do not own cars, they will ask for a ride if someone is going to the same location. There is no sense that a car is evil; it is rather that sticking to the old ways helps to keep them on the straight and narrow way. Refusing to adopt the latest fashion in dress or transportation keeps their lives simple and humble.

In their church services, they often hear the words of Paul, who said, “Do nothing out of selfish ambition or vain conceit, but in humility consider others better than yourselves. Each of you should look not only to your own interests, but also to the interests of others”
(Philippians 2:3-4).

In the traditionalist Mennonite community I grew up in, it is considered bad manners to draw attention to personal success, and no one is scorned more than a braggart.

Self-discipline and fun
The quilting was an interesting day, with lots of laughter around the quilt and the dinner table. While self-deprecating humour was probably most prevalent, many interesting and amusing anecdotes were shared. It was delightful to catch up on what was happening in others’ lives, and what their children and grandchildren were up to. It was fascinating to discover that some of these relatives are among those moving to new communities in Northern Ontario or Prince Edward Island.

I also saw that having fun is not considered the most important part of life. The beauty of quilting is that you are doing something useful while you visit. Always thinking about others, part-way through the afternoon someone suggested that we sing for my uncle and aunt, and so we gathered in the doddyhouse kitchen. Although we had only one hymnal, it went very well since my cousins are experienced singers and we had lots of harmony, including my uncle’s bass voice.

Old Order Mennonites appreciate jokes and humour as much as anyone else, but they approach life with an attitude of seriousness. They expect their children to learn to be self-disciplined at an early age. I’ll never forget attending an aunt’s funeral, sitting near a young father with two children who appeared to be under the age of six. Although they wiggled and squirmed occasionally, and climbed all over their patient father, the children were never noisy and were clearly accustomed to sitting through a two-hour service.

Work is approached with the same serious attitude. Although there is deep sympathy for those who are disabled, the ability to do physical work is highly valued and laziness is scorned. All work is considered honourable, and there is almost a sense that it is better to work in the field or the shop than in an office.

As I left for home after the quilting, I felt grateful for the reminder of how my cousins live. They are hardworking and self-disciplined, yet gentle and ready to give to others. Their faith is not ostentatious, but deep and real. These cousins have much to teach me about being concerned for others.

The sense of community among Old Order Mennonite groups is built on bedrock. Although they struggle with the same conflicts and jealousies as anyone else, their sense of “we” gives them a strength that I can’t help but admire.

1. Do you consider your family of origin as small or large? What are the advantages and challenges of large families and of small families? How are the dynamics different between small and large extended families? Do you agree that we become more interested in extended family and ancestry as we age?

2. Can you imagine living in a house with four generations? What ground rules would you want to set? In what situations would you need to think of “we” rather than “I”?

3. Traditionalist Mennonites try to live simply and humbly with community norms that limit their way of living. How can such community “rules” be beneficial for discipleship and how might they be detrimental? What parts of the Old Order Mennonite way of life do you find attractive?

4. How much is compassion for others and willingness to spend time helping others something that comes naturally and how much is it learned? Have modern Mennonites lost the deep commitment that fosters a sense of “we”? 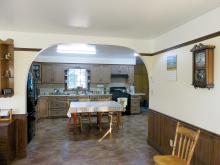 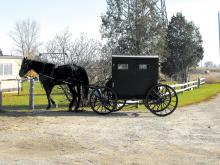 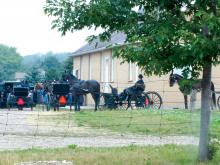