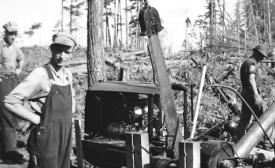 Len Bechtel, front, is pictured with a portable saw he and other conscientious objectors (COs) designed near Vancouver during the Second World War. As oil supplies dwindled due to the war, this group of workers with mechanical aptitude in the Alternative Service program were pulled aside from forestry work to help supply Vancouverites with wood for the winter. 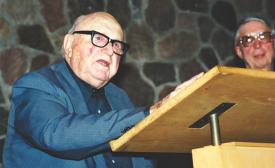 In 2001, evangelist George Brunk II, left, reflected on his 65-year-long ministry. Brunk’s style of revival meetings disrupted Mennonite communities. In a public talk at Conrad Grebel College he recalled, “At a time when Mennonite preachers stood still behind the pulpit, I would wander across the stage, carrying the microphone . . . 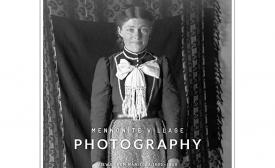 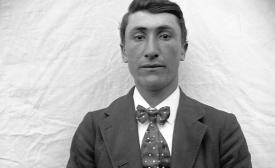 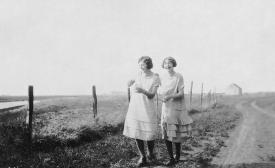 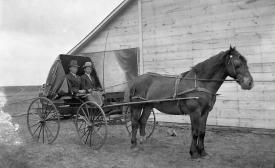 Peter G. Hamm took this photo of a horse and wagon in the 1920s. (Mennonite Heritage Archives photo)

Hundred-year-old images on fragile glass negatives, discovered in a dusty barn in the heritage village of Neubergthal, Man., open a window to Mennonite life in Manitoba in the early 20th century. 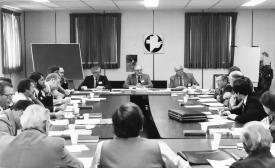 The Canadian Foodgrains Bank had its beginnings in 1975 as the Mennonite Central Committee Food Bank. In November 1982, representatives of 10 Christian denominations met to discuss plans for an inter-church foodgrains bank. Among those at the meeting, pictured left to right facing the camera, were Frank H. Epp, J.M. Klassen and C. Wilbert Loewen. 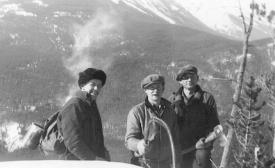 Conscientious objectors (COs) played an important role on the Canadian volunteer scene during the Second World War. Among the assignments was work in the forests around Banff, Alta., clearing trees. Surprisingly, much of the parks system in Canada was established by these people, some of whom were less than willing to be there or do the work. 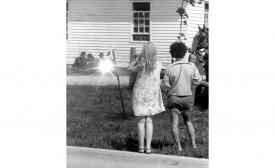 Tourists attempt to photograph boys outside of the Elmira Old Order Mennonite Meetinghouse, circa 1970. The boys are using a hand mirror to thwart their efforts. The photo appeared in the local newspaper with the caption “Mennonite Resistance.” After the Second World War, urban Canadians embraced rural tourism. 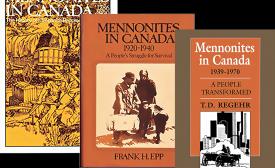 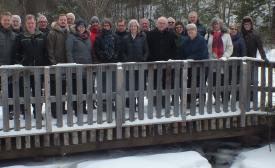 The Mennonite Historical Society of Canada met at Camp Peniel in the Laurentians north of Montreal on Jan. 17 and 18. (Photo by Roy Draper)

The Mennonite Historical Society of Canada (MHSC) met in Quebec on Jan. 17 and 18 and discussed several new projects, including a history book of Mennonites in Canada since 1970 and a cross-Canada celebration of the centenary of the arrival of Russian Mennonites in 2023. 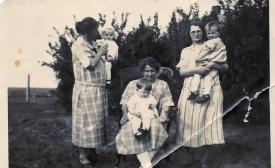 Photography in generations past was a very deliberate, expensive and intense hobby. Special equipment, such as chemicals, film, lighting and the camera itself, was needed. Photographers often had to develop their own photos, which meant they had to have a dark room. 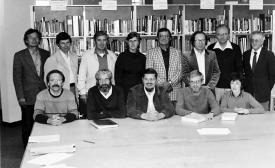 The work of community remembering is important work. Archives, historical societies, libraries and museums all have a role in a community to remind us who we are and help point us to where we should go. 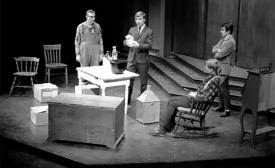 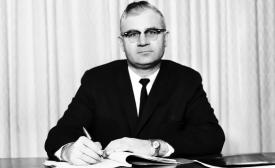 You can find all kinds of things in the archives, including humour.  In a report dated Jan. 25, 1963, Rev. David P. Neufeld wrote, “During the course of the last year I have come to sympathize with a man who was called to be the executive secretary of one of our larger denominations [U.S. Protestant Episcopal Bishop, Stephen F. Bayne Jr.]. . . . 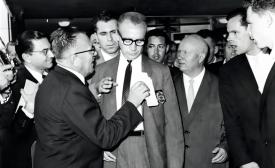 In 1944, Cornelius Penner was separated from his wife and four children in Poland. He was sent to a German work camp while the rest of the family was taken to Siberia and later Tajikistan. Cornelius came to Winnipeg in 1949, and worked at the Mennonitische Rundschau newspaper. 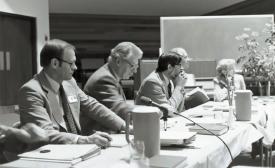 In 1984, Mennonite Central Committee (MCC) held its annual meeting in Richmond, British Columbia. Pictured from left to right are board members Hugo Jantz, Leo Driedger, Henry P. Yoder, Bruce Janzen and Florence Driedger. Money is a form of power. With it, a person or organization can fulfill needs and wants. How does God want us to use this power? 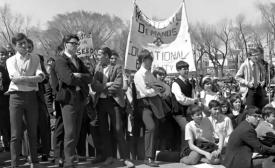 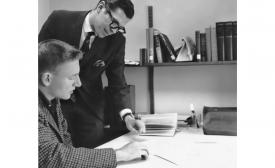 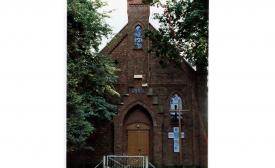 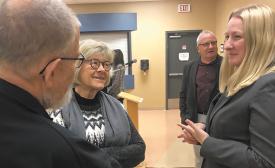 About 80 years ago, Jews and Mennonites lived peacefully together in the Ukrainian city of Khortitsa. Then the Nazis came, and everything changed. 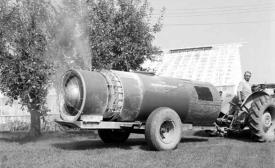 Readers raised on fruit farms—including this archivist—may remember the high-pitched whine of an orchard pesticide sprayer in action. Pictured, Peter J. Sawatzky of Ruthven, Ont., is operating a “speed-sprayer” in his apple orchard. 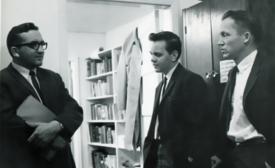 Can you help identify these three men at Bethel Bible Institute (BBI)? Is John Poettcker in the centre? The formation of Bethel in Abbotsford, B.C., was proposed in 1937 at the ministers conference of the Conference of United Mennonite Churches of B.C. 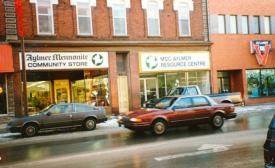 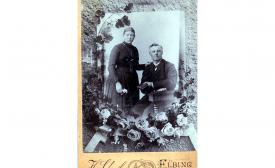 In 1894, Anna Enss (1855-1914), left, and Peter Regier (1851-1925) moved their family from Prussia (now Poland) to Tiefengrund, Sask., where Regier was the founding leader of the Rosenorter Gemeinde and the Conference of Mennonites in Canada. 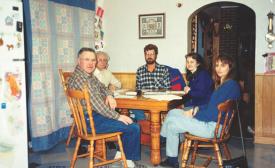 The Petitcodiac (N.B.) Mennonite Church Council is pictured during a meeting in 1996. Whether around a kitchen table or a purposely built boardroom, church councils are the administrative hub of most mainstream Mennonite congregations. But it was not always so. 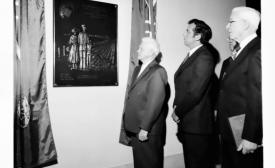 New Canadian initiatives around multiculturalism in the 1970s—celebrating anniversaries like Canada’s centennial in 1967, Manitoba’s in 1970, and the arrival of Mennonites in Manitoba in 1974—created a new energy and appreciation for history in Canada. During these years, the Mennonite Heritage Centre and the Archives of Ontario hired permanent staff. 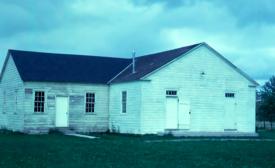 From halfway across the world, a loyal MAID watcher noticed an error. This was not the Rainham church in 1965, as originally labelled by the photographer, but South Cayuga Mennonite Church, Dunnville, Ont. Comparing it to another photo of South Cayuga, he urged us to “look at the west end of this meetinghouse.