What’s up with Mennos and mission? 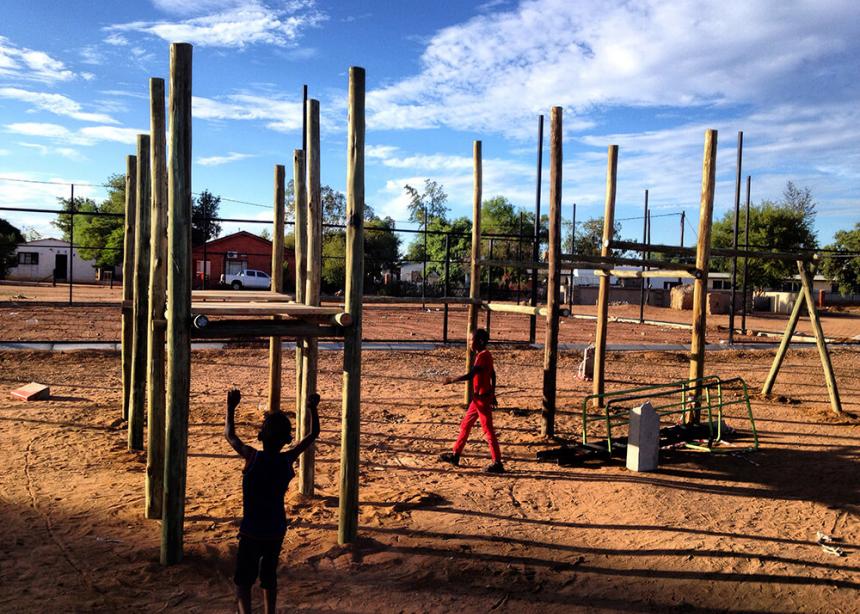 About eight years ago, Daniel Pantoja shared the approach he and his wife Joji employed as Mennonite Church Canada Witness Workers in the Philippines: “Toss aside western church culture and rhetoric.” By shaping their approach from a Muslim context, they bridged the gap between perception and Jesus.

“Don’t call it church-planting,” Pantoja cautioned then, since words like “church” and “Christianity” carry too many colonial connotations. “We pray that salaam [holistic peace] communities of Isa-al Masih [Jesus Christ] will be formed, but don’t ask us what they will look like. We don’t know.”

Today, their ministry is vibrant and growing. It connects communities across the country—from the populace to government, military and rebel army leaders—with a coherent, inspiring and contagious message of shalom based on the transformative power of Jesus Christ.

The Pantojas’ story is a compelling testimony to the impact of mission, but mission seems to be getting a bad rap these days, especially its components of evangelism and church planting.

Last summer, Hippolyto Tshimanga, MC Canada’s director of Africa, Europe and Latin America ministry, addressed the Mennonite World Conference (MWC) assembly in Pennsylvania and brought attention to the uneasiness some North American Mennonites have towards evangelism and church planting. He noted that in Canada such concerns are likely impacted by Truth and Reconciliation Commission (TRC) exposure of the church’s role in oppression and abuse of Indigenous Peoples.

In the aftermath of those TRC revelations, feeling skittish about mission is understandable. But Robert J. Suderman, a former MC Canada general secretary and a past MWC Peace Commission secretary, with significant mission experience in Latin America, says it isn’t warranted. “I think that the ‘mission’ of Mennonite Church Canada today is vastly different than what most people who criticize mission have in mind,” he states in an email interview.

The disconnect between what MC Canada is doing and what people in the pews think it is doing is worth a closer look. It affects support for ministry abroad, but just as importantly it impacts local congregations. Without the ability to verbalize our faith and share God’s love in all nations—including our own—the church and its message of shalom cannot thrive.

Sharing faith is a natural response to worship, says Tim Froese, executive minister of MC Canada Witness: “If we are truly meeting God when we worship, and allowing God to transform us, how could we not be inspired to share that transformation with others?”

Sharing the good news in our own way

When Willard Metzger, MC Canada’s executive director, was invited to speak at an Ethiopian evangelism conference in Toronto last year, he hesitated. “The idea of speaking at an evangelism conference made me uncomfortable,” he admits. “My first thought was that Mennonites don’t do that any more, but the more I thought about it, the more I realized that we do. We just do it differently.” Metzger accepted the invitation and conveyed a message appealing to the voice of God already at work in listeners.

George Veith, who, along with his wife Tobia, helped plant a small but thriving church in Macau that is now led by local pastors, agrees. “Anabaptists have taken a different approach to mission because we have a different approach to theology,” he says. “We’ve worked hard to be more sensitive towards things, like being invited by the locals, taking their opinions seriously, being sensitive to their culture, seeing what God’s been doing even before we get there.”

In the 1950s, Mary Derksen of Abbotsford B.C., and her late husband, Peter, began 45 years of service in Japan with two years of immersion in language, culture and getting to know the community. “I didn’t feel compelled to make anyone make a decision ‘now,’ ” she says, refuting a commonly held notion about evangelism. “I’m not in control. God is in control. I can be a friend and share my experience and leave it up to the Lord.” A tribute to her approach is the strong relationships she maintains with friends in Japan today, both Christian and Buddhist.

“If we really believe that the body of Christ is a global body, we need to learn who God is through the eyes of others,” says Jeanette Hanson, a Witness veteran with 24 years experience in China with her husband Todd. “We cannot feel sufficient in ourselves.”

Learning from each other

In a Skype interview, a pastor in China says that the church there benefits from Anabaptism’s long history, its approach to teaching and its experience reaching out into the wider community.

Similar expressions of gratitude for the Anabaptist vision come from Kyung Jung Kim of South Korea. He says the South Korean relationship with MC Canada is like an international spiritual family of God, which he trusts and feels close to despite the distance between us.

In Germany, where a new partnership is emerging with Arbeitsmeinschaft Südwestdeutscher Mennonitengemeinden, chair Wolfgang Seibel writes, “We feel like a family. We are working for the same God.”

And what do Canadian Mennonites learn from our partners? Andrew Suderman, who serves in South Africa, queried fellow Witness workers and notes a similar response from all. “It teaches us an appreciation for the church beyond ourselves and who it is we belong to, and how we belong,” he says.

So why can’t the rest of us talk about it?

Professor Jonathan Bonk, executive director emeritus of the Overseas Ministries Study Center in New Haven, Conn., attends Fort Garry Mennonite Fellowship in Winnipeg. He grew up in Ethiopia with missionary parents and continues to travel extensively among other cultures. Things were simpler when his parents served and biblical interpretation was more straightforward. “Everything that was said could be applied with great literalness, and that kind of faith is easily replicated because it’s a simple message,” he says. “It’s between the covers of a book. You can point to the references.”

But our understanding of the Bible has expanded through scientific and cultural discoveries, and a growing awareness of how its content was selected by humans from an array of writings.

“I think actually we realize there must be more,” Bonk says. “That God must be a more generous spirit than our theology has given him credit for. At a deep level—we’re even unconscious of it—there’s this subliminal agnosticism. We doubt. Otherwise, we’re terrible people. Because we shouldn’t be wasting time here, we should be rushing around screaming at people, ‘You’re going to hell.’ Deep, deep inside, we know that God is better than that and better than what our ancestors were able to construct.”

In the Missio Dei booklet, “Tongue screws and testimony,” Alan Krieder admits to personal hang-ups with evangelism. “What had formed me to be this kind of person, who was articulate with Christians about matters on which we agreed or disagreed, but to be relatively inarticulate with non-Christians about the convictions and experiences of God and life that are central to my life and that might transform theirs?”

Postmodernism plays a role, too. Our multicultural, multi-faith society and its strong sense of individualism and “live and let live” attitudes, encourage us to keep opinions private.

North American Mennonite mission work has grown more specialized and compartmentalized. For example, the provision of relief, development and support services comes through agencies such as Mennonite Central Committee, Mennonite Disaster Service and Mennonite Economic Development Associates. They address the service side of mission, but their programs are generally short-term and they do not plant or nurture faith communities.

Planting and growing faith communities is the job of missionaries like MC Canada Witness workers. They sometimes engage in service projects, but their projects are specifically geared towards an outcome of building up the church. They work collaboratively with locals to establish and nurture communities that worship and walk together, sharing Jesus’ transformative message in culturally appropriate words and deeds.

Confusion about mission appears in other ways as well.

“On the one hand, there are all the stated suspicions of colonialism, imperialism, cultural insensitivities,” Robert J. Suderman writes. “On the other hand, we are heavily influenced by our society, which much prefers to live and let live; to organize in ‘affinity’ groups, rather than profoundly embrace diversity. And yet, we are very inspired by MWC and what that is and means, and how tantalizing and dazzling it is to get together across cultures, and know we are one in Christ.”

He notes that about 84 percent of all MWC member churches are a direct result of North American/European mission efforts. “So we tend to applaud the fruit, but not the planting and tending needed for fruit to grow.”

Hanson quotes a statement frequently shared by Myrrl Byler, director of Mennonite Partners in China: “In an increasingly globalized world, it is all the more important for the church to engage international ministry. If the church isn’t involved internationally, then we are leaving the global agenda to governments, militaries and business interests.”

Perhaps it’s time to follow the Pantojas’ lead and lift Jesus out of cultural restraints everywhere, even here at home. To live into our calling, we need to be comfortable sharing—not imposing—the joy, challenge, delight and freedom we find in Christ, and, at the same time, be open to the perspectives of God held by others.

Deborah Froese is the director of Mennonite Church Canada’s news service, based in Winnipeg, Manitoba.

1. Who are the evangelists or church planters that you have known? How have the roles and profiles of mission workers changed over your lifetime? Do you agree with Hippolyto Tshimanga that we have become uneasy about evangelism due to exposure to the oppression of Indigenous Peoples in Canada?

2. Deborah Froese writes, “North American Mennonite mission work has grown more specialized and compartmentalized.” Can you think of examples to show this is true? What are the implications of this professionalization? Has interest in, and vision for, evangelism and church planting been declining? Have the people in the pew lost touch with mission workers abroad?

3. Daniel and Joji Pantoja, working in the Philippines, don’t use words like “church” or “Christianity” in their ministry. Are young churches today significantly different from older, established Mennonite churches? How is this diversity of culture healthy and how is it a challenge for the established church?

4. Why is it so difficult for Canadian Mennonites to articulate their faith and their experiences with God? How can we better encourage each other to share our faith stories? 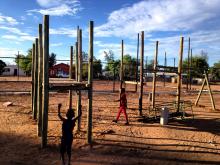 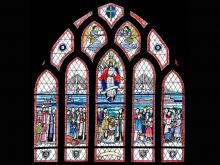