A voice from ‘outside the gate’ 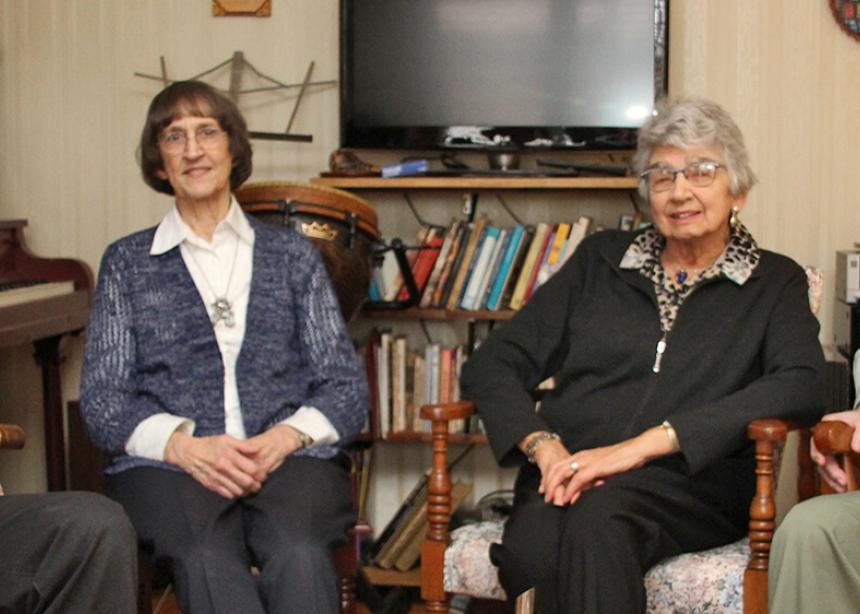 So say members of a group of Mennonite parents of LGBTQ children, who met together for 30 years to worship, pray, exchange stories and support each other and their children, of their decision to call it quits last fall, as age and changing times have taken their toll.

In 1987—six years after Toronto police officers raided bathhouses across the city and arrested 250 homosexual men, parading them through the streets naked and handcuffed, humiliating them and destroying many of their lives, as employers, friends and family found out their secrets—parents of Mennonite men and women were finding out that their own adult children were homosexual.

Some were “out” publicly, while others were out only to a few family and friends. A major difference for these young adults, compared to many in the LGBTQ community, was that they wanted to remain in the church and wanted to live moral lives—just not as heterosexuals.

Slowly, their parents found each other, and in the fall of 1987 began to meet at the initial impetus of Paul and Martha Snyder and Mary and Roy Gascho, who met with Pastor Doris Gascho and her husband Ivan. Soon, Dave and Mary Ann Lichti joined them. Over the years, the group swelled to as many as 25.

Originally meeting monthly, at the end it was quarterly meetings with worship in someone’s home followed by dinner at a nearby restaurant. Canadian Mennonite recently met with the Snyders and with Victor and Rebecca Fast as the group disbanded in the fall of 2016 with communion and a celebratory dinner.

While their paths and stories were all different, the parents united because of  their love and acceptance of their children, as well as a desire that there be a place in the Mennonite church for them.

Support was a big part of what they did, but they also advocated in many ways:

As members have aged, they find that younger parents of LGBTQ children are finding other places of support, many in their own affirming congregations and families. While they feel like their work—including their efforts for a national listing of affirming congregations—is not done, they believe that it is time for them to lay down the burden, now that they are in their 70s and 80s.

But they haven’t stopped acting with grace and patience.

Valleyview Mennonite Church in London, Ont., where the Fasts attend, recently worked on how it would congregationally approach the issues related to LGBTQ people in the church. When the process seemed to be bogged down in disagreement, Victor reached out to someone who held radically different views than himself. They met secretly and then each invited two others from the congregation to join them to discuss the matter, still in secret.

“Do we need to agree?” Victor wonders, noting that there is much in the church on which members do not agree and yet remain a community of love and support. “We need to really listen to each other,” he believes. They also believe that Jesus calls everyone to love everyone else and to not exclude.

In closing the group down, the remaining members penned a statement that concludes: “While most [in the group] affirmed MC Canada for having made important progress, it was seen by all as still a long way from achieving reconciliation with much of the LGBTQ community. The wounds still run deeply. One parent summed up the feeling of the group: ‘Even a simple and sincere apology would be nice.’ ”

See also: “When the church listens”

Thanks to Dave Rogalsky, for a well-written article about our parents' group retiring. The support received from the group helped some of us stay in the Mennonite church. We lay down the challenge for others to take up the cause. We have indeed been blest! Thanks be to God.