A journey from fundamentalism to freedom 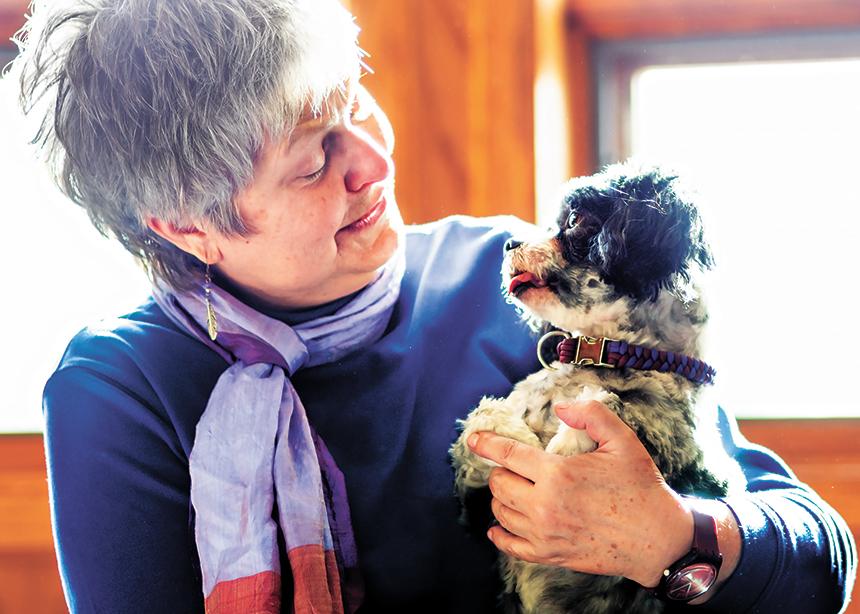 Today, she is serving at Foothills Mennonite Church in Calgary as intentional transitional pastor, following on the heels of Doug Klassen, who served as senior pastor for 20 years before accepting the call to serve as executive minister of Mennonite Church Canada.

Dinsmore loves her new role, but her journey to ordination and interim pastoral work has been long and difficult. It was only a little over five years ago that she had to ask herself, “Am I really going to move into ordained ministry and shame my family?” She expressed the joy of being affirmed by God for this special ministry, and in 2013 she was ordained by the United Church of Canada.

Her Christian roots go deep into the rocky soil of what became American fundamentalism in the early 1900s. When she was 18 years old, she left Maine for South Carolina, where both the religious and secular cultures were quite conservative. Since there was really no opportunity to serve in a leadership capacity in the church, she poured herself into her career as a high-school music teacher for 17 years. Given a place to express her gifts, she received the District Teacher of the Year Award in 1995 and, in addition to directing and competing with multiple choirs over the years, she has personally performed at New York’s Carnegie Hall on two occasions.

“Mennonites love me because I get people singing in harmony,” she says. “Some say I love four-part harmony more than the Mennos; this is my bread and butter, my heart and soul. The challenge is to keep it from becoming an idol.”

How did she escape fundamentalism into a “life of freedom”?

Dinsmore talks about a friend who invited her to L’Abri in Massachusetts, a community that has been welcoming those who are seeking answers to life’s many questions since 1979. “It was here that I met my very first feminist—and it was a man,” she says.

Her life started to turn in a new direction as she was treated with dignity and her questions were taken seriously. After two years, someone asked, “If you could do anything you’d like in the world, what would you do?” To her own surprise, she found herself answering, “I would go to seminary.”

Next thing she knew, she was selling her home and packing up her Honda Civic as she drove across the continent to Vancouver, where she earned a master of Christian studies degree at Regent College.

Since graduation in 2003, she has been involved in a wide range of ministries, including a pastoral charge in Bella Coola, B.C., where she lived on the Nuxalk Nation from 2015 to 2017. This position dramatically changed her. Being white, and in light of all the residential school abuse, she had to repeatedly remind herself she was representing Jesus and not the church. It was a challenging call, with hours of waiting, listening and crying.

Over two years, she conducted 26 funerals that were often tragedies. All she knew was to love her congregants, and when her term ended, she was strengthened in a way that could never be taken away.

Her next charge was Edmonton First Mennonite Church, where she served for two years as interim pastor from 2017 to 2019. It was in this place that her passion and gifting really became evident.

Ev Buhr, church member for almost 30 years, describes how much she appreciated Dinsmore’s approach: “Donna came to us as an unknown. Her background wasn’t Mennonite. . . . Her questions about traditions and ‘the way we’ve always done things’ called us to examine what our Mennonite traditions and practices were, and what traditions were unique to our congregation.”

Of her experience at First Mennonite, Dinsmore says: “Mennonites have a keen interest and awareness of their heritage. They know their family stories but are very stoic about their pain.”

As far as beliefs go, she says Mennonites share common values but different understandings of what those values mean. Part of the challenge at First was to get people to shift from being entrenched in their personal viewpoints to talking and listening to each other.

Dinsmore is now a month into her new role at Foothills Mennonite as intentional transitional pastor. “This is not normal pastoring,” she says. “It can’t be rushed. Because I come from the outside, I can help [congregants and church leaders] see who they really are and who they want to be. I can offer them what I never received in my fundamentalist upbringing.” 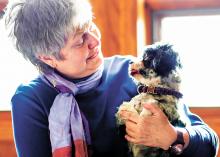 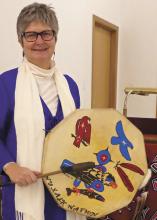 Donna Dinsmore served from 2015 to 2017 as minister of the Bella Coola Pastoral Charge while living on the Nuxalk First Nation in British Columbia. (Photo courtesy of Donna Dinsmore)