From Mexican Quaker to Canadian Mennonite 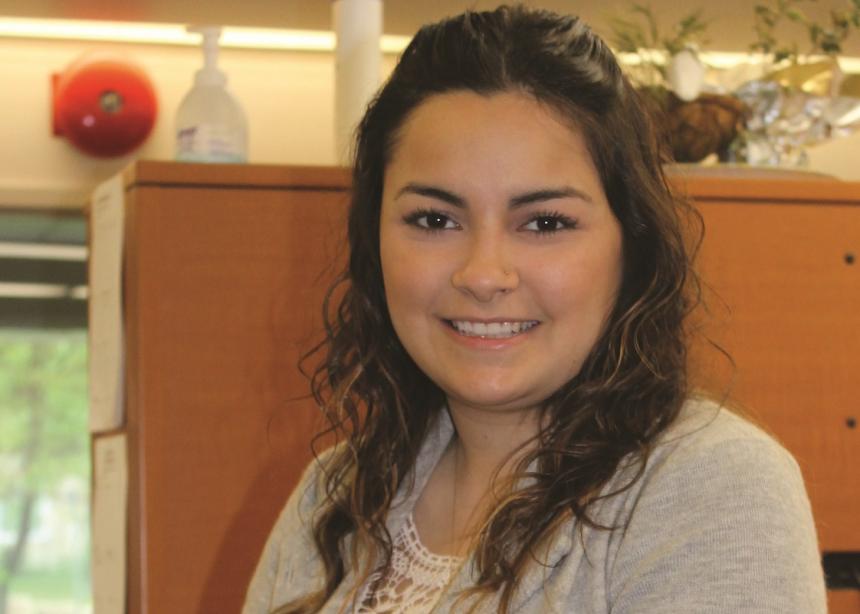 Ask Andrea De Avila when she first wanted to become a pastor and her answer is simple: “I didn’t.”

While studying at Hesston College in Kansas, and Eastern Mennonite University (EMU) in Harrisonburg, Va., De Avila became involved with Mennonite Church U.S.A. As part of her biblical studies at EMU, she participated in the Ministry Inquiry Program, which allows young adults to explore pastoral ministry. At the same time, she enjoyed attending MC U.S.A. conventions, and had a hand in organizing the 2013 gathering in Phoenix, Ariz.

“All of that just kept pushing me into ministry,” she says. Today she serves as the associate pastor of Sargent Avenue Mennonite Church in Winnipeg.

The 26-year-old was born and raised in Ciudad Victoria, the capital city of Tamaulipas, a state in northwestern Mexico. Growing up a fifth-generation Quaker in a country that is predominantly Catholic made for an interesting upbringing. As a result, she grew up with a strong belief in pacifism.

When her family moved to Matamoros, a city across the border from Brownsville, Texas, that belief was tested. While waiting outside to meet a friend one evening, De Avila encountered a group of drug-cartel members driving by in a white Cadillac Escalade. They wore ski masks and dangled their assault rifles out the windows. The cartel members were being obnoxious and saying things to De Avila.

The men drove away without incident, but it was an experience that forced her to think about how she might actually respond when confronted with violence.

One of the formative experiences in De Avila’s faith formation was participating in a Quaker Youth Pilgrimage when she was 17. She was one of 20 young Quakers from around the world who spent a month touring the United Kingdom. “All the stories my grandma would tell me about Quakers that believed differently [from us], that’s where I got to experience that,” she says.

She experienced her first silent meeting on the trip, and others in the group challenged her theology. She recalls some of the participants being vegan because of their beliefs about creation and care for the Earth, something that was foreign to a girl from northern Mexico who was used to eating meat. “That was incredibly eye-opening,” she says of the trip. “It was hard, but . . . I grew a lot during that time.”

When her family moved to Matamoros, there was no Quaker church in the city. Her father saw a Mennonite church one day and began researching the Mennonite faith. The emphasis on following the teachings of Jesus Christ and the commitment to pacifism resonated with him, so the family checked out the church. “We visited this Mennonite church,” she says, “and just stuck with it.”

After high school, De Avila was planning to study psychology at a university in Tamaulipas, with the hope of becoming a counsellor. When a family friend suggested she study at Hesston, she enrolled there instead.

When she finished her degree in psy-chology and biblical studies at EMU, she and her husband Nate moved to Iowa City, Iowa, where he earned a master’s degree in choral music education. For their last six months in Iowa, the couple co-pastored a small Methodist congregation.

When Nate finished his degree, the couple moved to Winnipeg. She began working at Sargent Avenue in January 2016. She balances the job with studies at Canadian Mennonite University’s Graduate School of Theology and Ministry.

While being a pastor isn’t something she necessarily sought out or imagined for herself, she has felt called to be at Sargent Avenue and is happy serving there. Winnipeg—some 3,200 kilometres from where she grew up—has become home.

Meeting one-on-one with the youth at Sargent Avenue is one of the things she most enjoys about her work. “Hearing the things they’re thinking about, what they’re struggling with, how they care for each other, how they are trying to figure out relationships—that’s my favourite part,” she says.

She also enjoys working with Sargent Avenue’s other two pastors, and she appreciates the people who make up the congregation. “We have no family here, we didn’t know anybody, and now it just feels like we’re part of the community,” she says. “That has been a gift.”

More stories about the journey to ministry:
Outside his comfort zone
Flipping on the pastor switch
Remade from the inside out
Letting Christ abide, from Saskatchewan to Gambia
Called to be a part of the church
Prodigal pastor 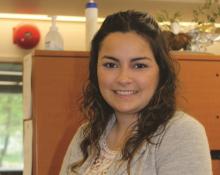 Andrea De Avila is pictured at her graduation from Eastern Mennonite University. To the left are her grandparents, Ana Victoria Aguilera Martinez and Juan Manuel De Avila Perez. To the right are family friends Nancy Peachy Bontrager and Marion Bontrager. (Photo courtesy of Andrea De Avila)

Andrea De Avila is pictured at the Forks in Winnipeg with her husband Nate and their friend Carina Contreras. (Photo courtesy of Andrea De Avila) 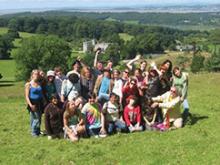