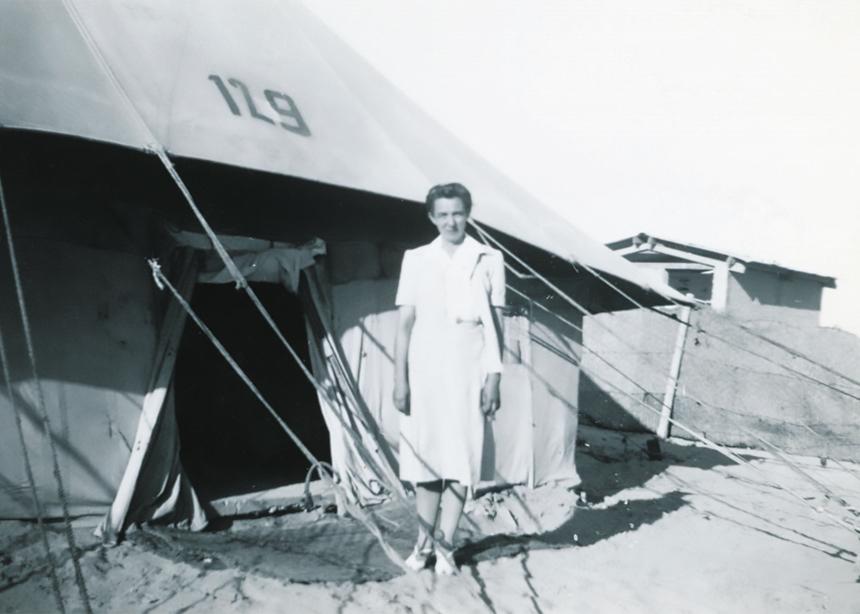 To celebrate Manitoba’s 150th birthday, the Trailblazer’s Award was established. Helena Reimer (1905-1993) of Steinbach, Man., was a recipient. Reimer was a nurse, educator, administrator and a pioneer. She was one of the first nurses in Canada selected to participate overseas in the United Nations Relief and Rehabilitation Administration during the Second World War. She is pictured in 1944 at a refugee camp in Tolumbat, Egypt. In 1946, she was transferred to Taiwan/China, and in 1951 she worked with the World Health Organization in Cambodia. From 1953 to 1956 she was part of the University of Alexandria, Egypt. In 1957, she became secretary registrar of the Association of Nurses in Quebec. In 1974, she received the Order of Canada and, in 1977, the Queen’s Jubilee Medal. She has been described as having “a voracious appetite for hard work. . . . Her creed was adapting yourself to your environment, improving conditions when possible, accepting those that could not be improved, then doing what could be done cheerfully.” 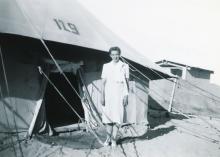